Kuala Lumpur: Bak Kuh Teh not too far from the city centre

A friend of ours was kind enough show us one of the better places to have Bah Kuh Teh in Kuala Lumpur. Apparently the very famous places are all further out, mostly in Klang (around 30km outside of KL).

Without going into details, I think Wikipedia gives the best summary of what the dish is all about:

The name literally translates as “meat bone tea”, and at its simplest, consists of meaty pork ribs simmered in a complex broth of herbs and spices (including star anise, cinnamon, cloves, dang gui, fennel seeds and garlic) for hours.

The restaurant we went to is called Yeoh’s Bah Kuh Teh and is located in the Publika Shopping Centre. To give you an idea how away from downtown it is, we ended up taking a taxi from the Petronas Towers which brought us to Publika (northwest) in around 20-30 minutes.

We tried the soup and dry version of Bah Kuh Teh and unanimously agreed that we prefer to dry version.

It was a dish that most of us had previously not known and likely would have never tried, given that it is apparently mostly sold in restaurants advertising their “pig’s organ soup”. We were told there were no pig’s organs in our soup… And while we might not be 100% sure, I still recommend to give Bah Kuh Teh a chance, I found it very delicious. 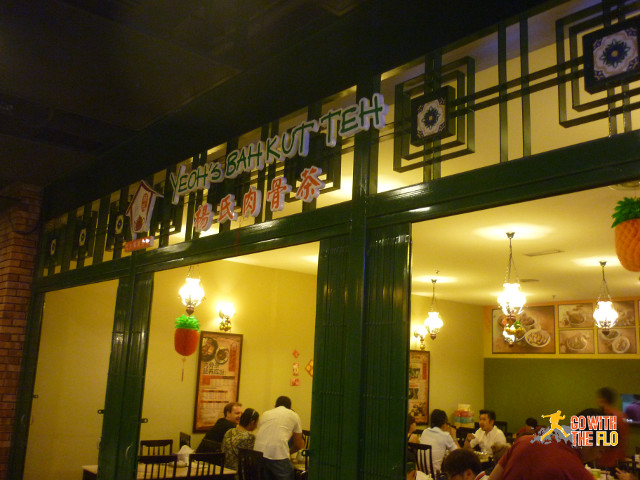 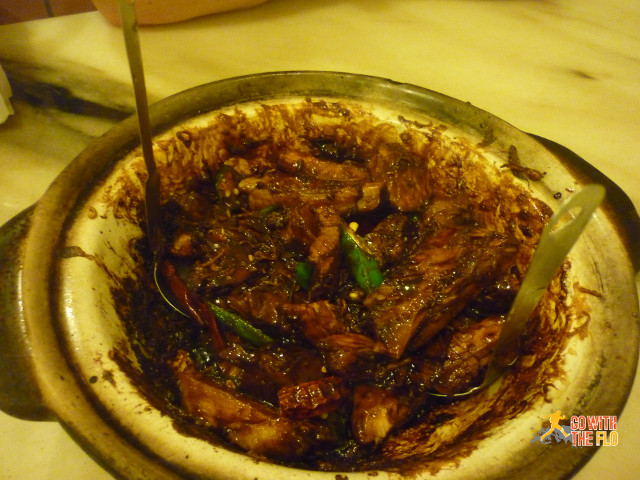 Our favorite, the dry version whereby the broth is reduced to a thick gravy 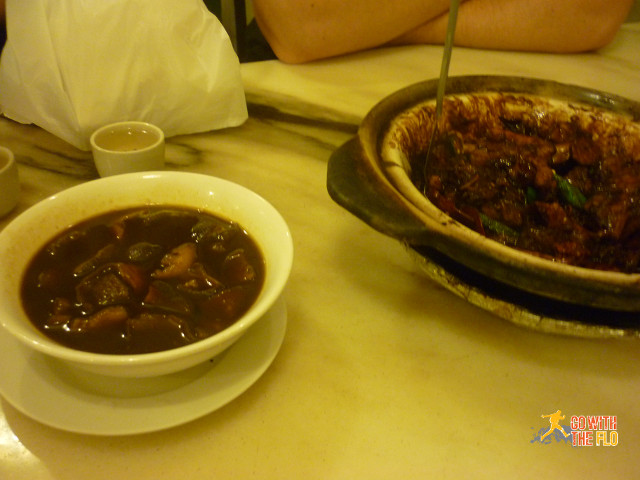 Dry Bah Kuh Teh along with a soup 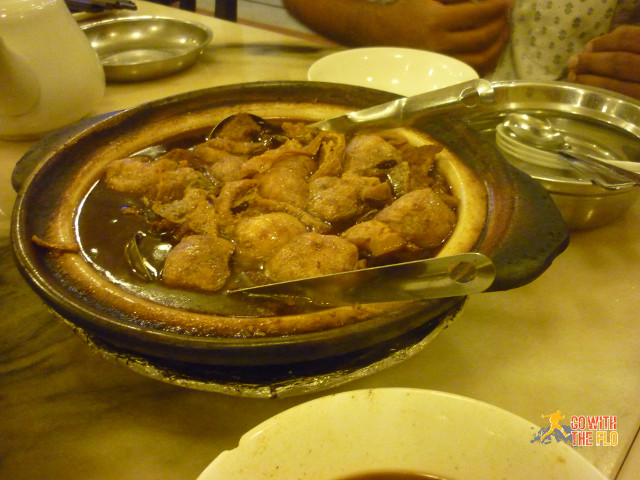