A weekend at the beach in Rayong

On Friday I wrote about my experiment to organize a taxi driver in Thai through Google Translate. My WhatsApp conversation seemed to have worked and there was a taxi driver waiting for me at U-Tapao Airport as arranged.

U-Tapao Airport. Probably doesn’t ring a bell for most of you. In terms of passenger volumes it is tiny with 2-3 daily domestic flights to Phuket, Koh Samui and Chiang Mai. In addition Air Asia has been flying to two destinations in China. Recently they expanded to Kuala Lumpur, and as of last weekend, also Singapore. The fares were too good to give it a pass and the flight schedule perfect for a weekend getaway (departing Singapore 9pm on Friday and arriving again Sunday at 8pm).

The airport has been branded Pattaya / U-Tapao International Airport due to its proximity to the famous beach town. Somehow Pattaya is associated with elderly Westerners coming for some younger loving and has a reputation of being a sleazy place. Whether true or not, I wasn’t too keen to find out and decided to look for alternatives. Going east from the airport, Rayong province has a range of supposedly nice beaches. The most obvious choice would be Koh Samet, an island known for being quieter yet not less beautiful than some of its raucous Thai counterparts elsewhere in the country. One would have to catch a taxi to the pier in Ban Phe (approx. 1 hour), followed by a 30mins speedboat transfer (24 hour service). While doable, I decided against it due to the late evening arrival at 10.30pm.

Looking for alternatives, I settled for Mae Ram Phueng, a beach close to Ban Phe on the mainland. Researching for accommodation, it didn’t seem very developed with only few decent accommodation options and ended up booking the Ohana Resort.

The flight was uneventful until the arrival. The fact that Air Asia has two aircraft based at U-Tapao that both arrive around the same time for their night stop meant that the immigration officers were slightly overwhelmed with over two hundred passengers arriving within a short period of time. After a nearly 45mins wait and a 1 hour taxi ride, I was finally in Mae Ram Phueng shortly after midnight.

The one and a half days were spent lazing by the beach. I can only say good things about it. It is clean and beautiful. There are no palm trees but pine trees instead. The beach is lined up with deck chairs and umbrellas. Every few meters there’s a seafood restaurant and I’ll have a separate post on that. 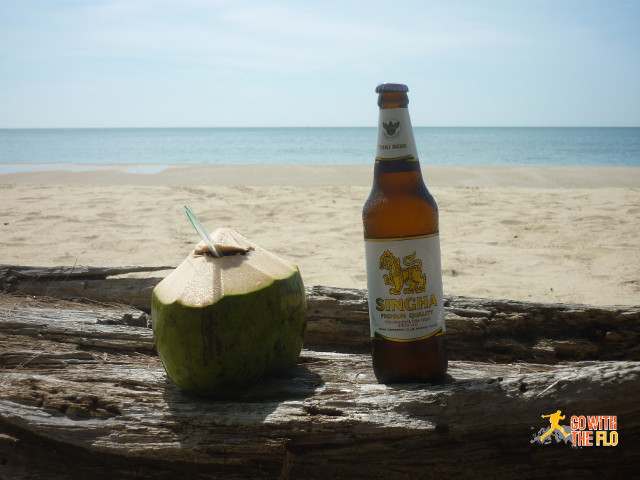 Coconut for about €0.80 and an ice-cold Singha for a little over €2 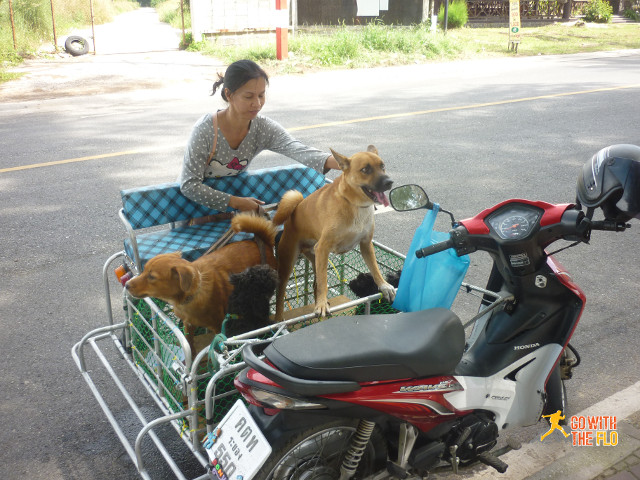 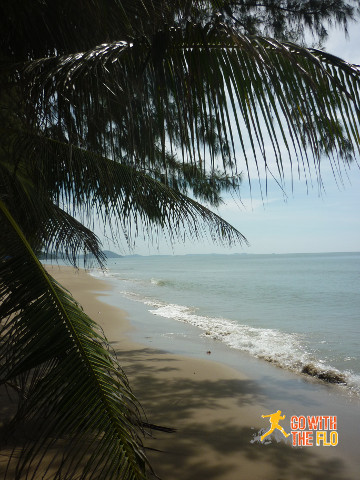 And very clean when we were there 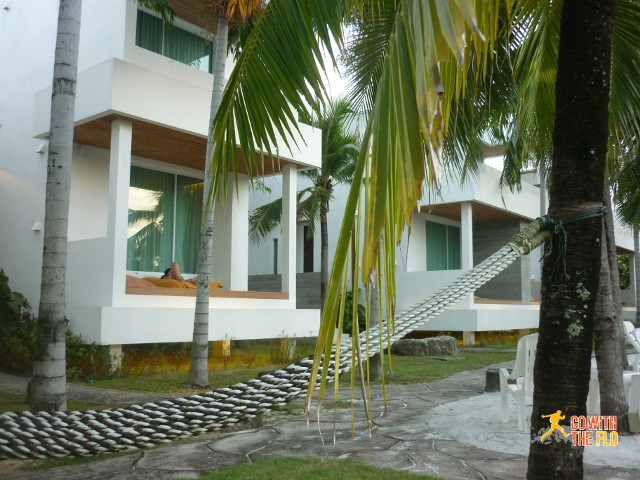 Mae Ramphueng is perfect for a weekend if you just want to have your quiet and relax. There isn’t much to do there however. You could go check out the nearby cities of Ban Phe (which has an aquarium) or Rayong. Best would be the rent a scooter as public transportation is difficult to come by. I wanted to go to a nearby restaurant on Saturday and was unable to find a taxi even with the hotel’s help. The tourist infrastructure is almost non-existent, barely any massage places. And the nightlife didn’t seem very inviting either. 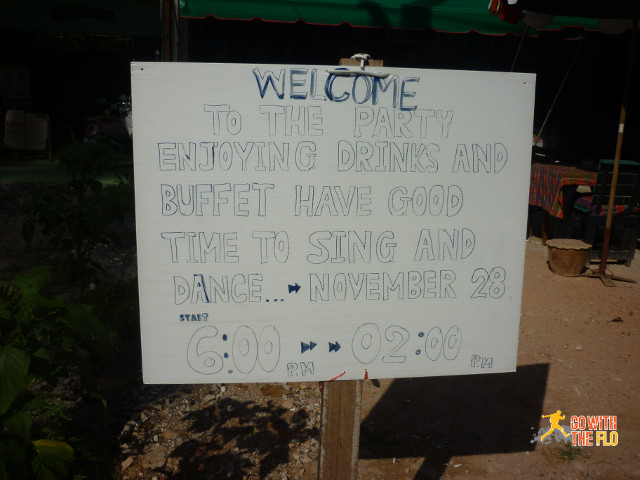 Tempting but we skipped this party

If I do return, I’d probably check out Pattaya and see for myself whether it lives up to its reputation.