I’ve had my fair share of long layovers in airports. Some are quite pleasant (like Singapore) others are not really places where you want to spend a long time. If your passport allows you to enter the country, a quick trip to the city might be worthwhile, depending on a number of factors:

One city that ticks all the above boxes for me is Istanbul. A couple of years ago I had a long layover and remember going to the city. Recently I booked a return ticket and both ways had 10 hours layover at Atatürk Airport in Istanbul. Now the lounge there is a playground and can easily keep you occupied for such a long time but I’d probably just eat too much (by the way, following the failed coup, the lounge has been renamed to “July 15 Heroes of Democracy Lounge“… how could you come up with such a name. Fortunately besides the WiFi password I couldn’t find any hints of the renaming so far).

Immigration is usually fairly quick and the metro is just a 5mins walk to the right once you exit customs.

You can buy a token for 4 Turkish Lira (SGD1.80) but you’ll need to for a one-way trip to town as you need to change and a token doesn’t allow transfers. Instead I’d recommend to buy an “Istanbulkart” for 10 TL which you can top up and then you’ll get cheaper transfers and the rides are almost half of the token price as well.

Take the metro five stops to Zeytinbumu and change there to the tram (just across the platform) towards Kabatas. That tram drops you anywhere along the main sights such as Sultanahmet, Eminönü or Karaköy. Plan on about 45mins from the airport to get to the Blue Mosque at Sultanahmet stop.

I did this twice recently, once in the early morning on a Sunday and again the following week on a late Saturday afternoon. Even though I went to the same locations, due to the time of day, the atmosphere couldn’t have been more different but I liked both. 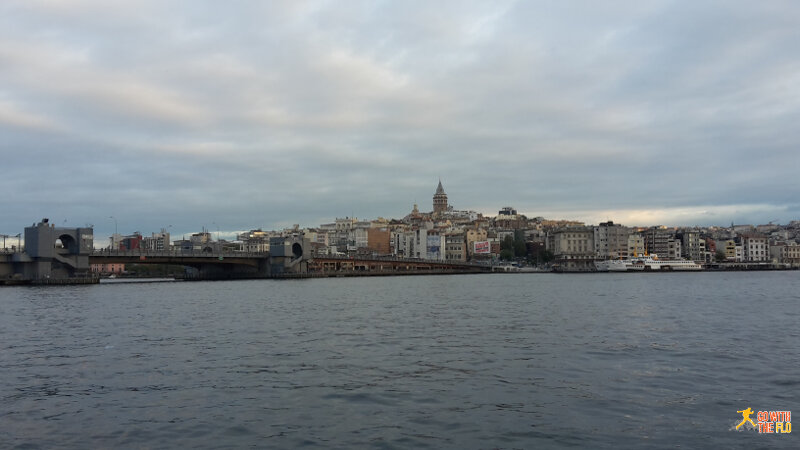 View towards the Galata Tower just before sunrise 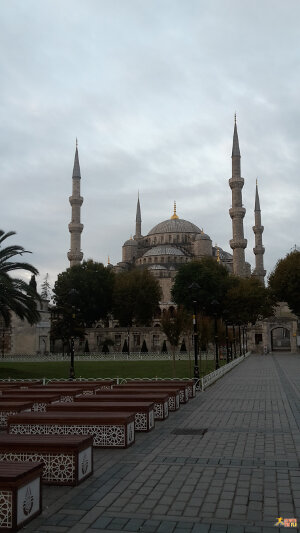 The Blue Mosque before sunrise 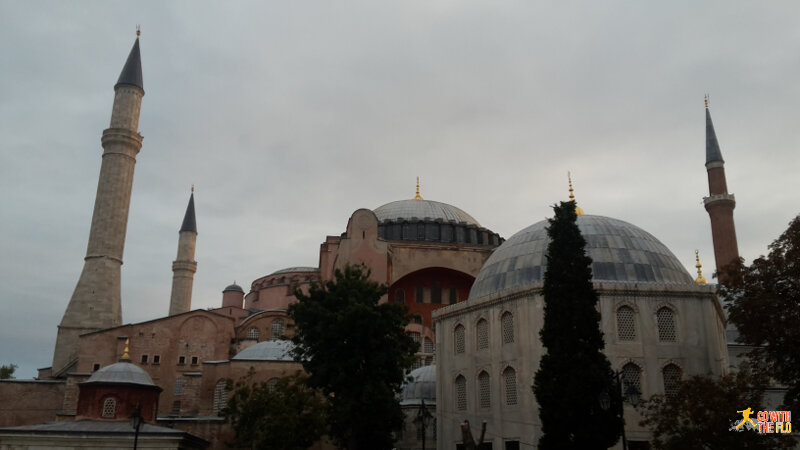 A Simit for breakfast

Since I was there quite early (6.45am) there was barely anyone around and I felt like I had the place to myself. Only slowly the city started to become lively.

A week later, I took the tram to Karaköy across the Galata Köprüsü and walked back towards Eminönü. 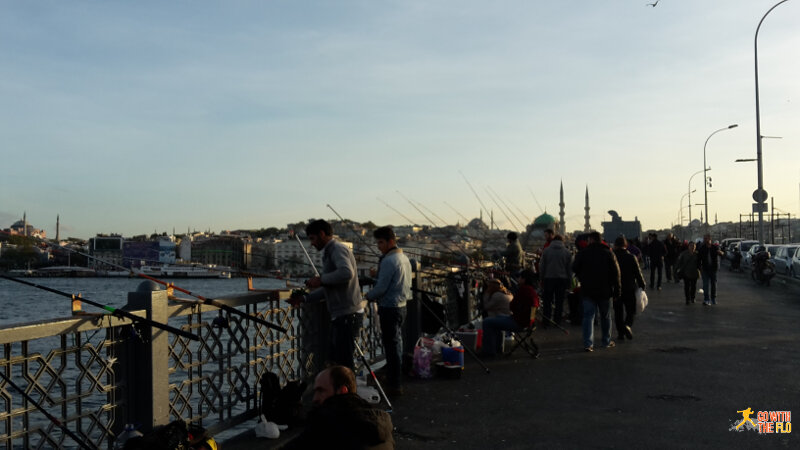 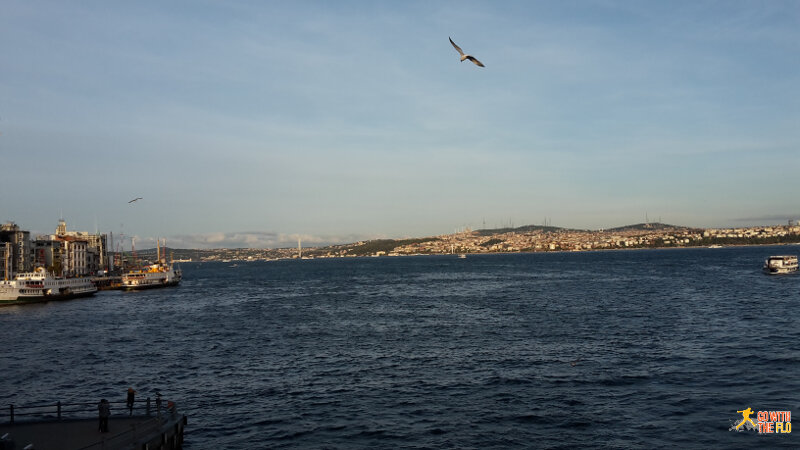 It was very different now – the areas crowded as I walked towards the bazaars. Families were out doing shopping and it was a very lively vibe. 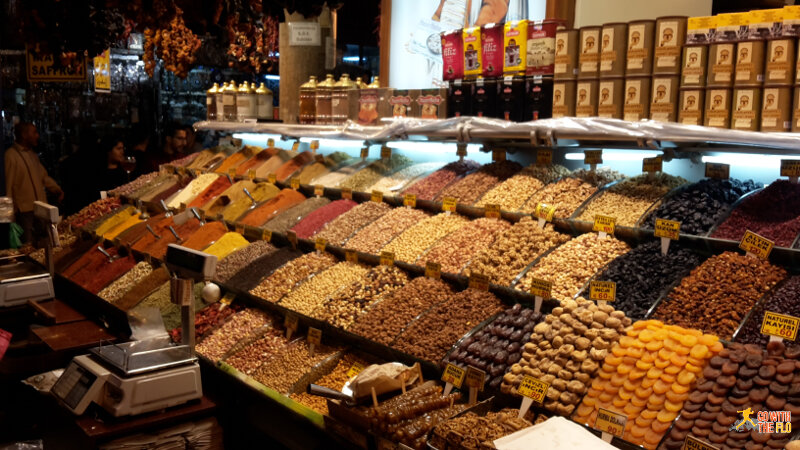 Inside the spice bazaar 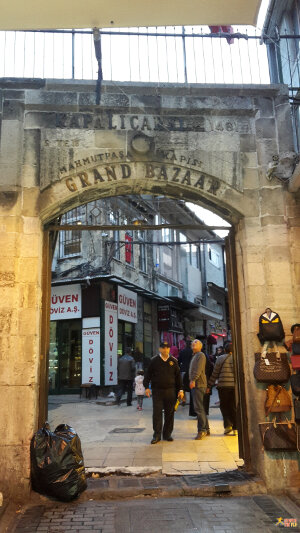 One of the entrances to the Grand Bazaar 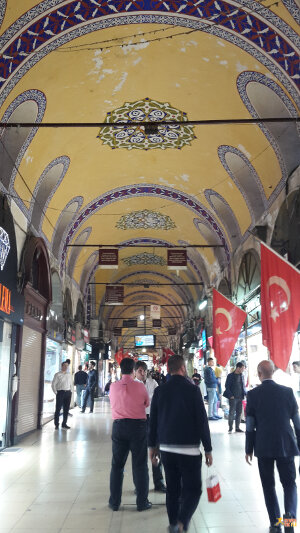 Inside the Grand Bazaar

You can really tell how touristy it has become by the fact that the bazaar even has its own app.

But despite the tourist app, I was surprised by the lack of tourists. I guess the recent actions have really had an impact on tourism. I felt safe the whole time but it was slightly odd to see police officers in civilian cloths manning entrances to tourist attractions while visibly carrying assault rifles. 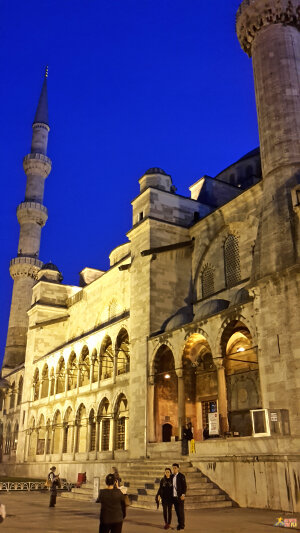 Getting back to the airport again was no issue and I was quickly back inside the transit area.