Dili is a quirky little capital.  Really remote and fairly inaccessible with less than a handful of flights out of its tiny airport, it is not your average ASEAN capital. Even Laos’ Vientiane feels much bigger. But thanks to history, Timor-Leste has become an independent nation and Dili its capital. The former colonial headquarter of Portugal’s probably least important colony (please correct me if I am wrong), Dili has been at the centre of all efforts to (re)build this young nation. On one hand, there are some remnants of the colonial history, such as a some remaining buildings or embassies of other Portuguese-speaking countries (such as Brazil). By the way, there is a Community of Portuguese Language Countries with eight members: Portugal, Brazil, Angola, Mozambique, Cape Verde, Guinea-Bissau, São Tomé and Príncipe and Equatorial Guinea. You just learned something today. 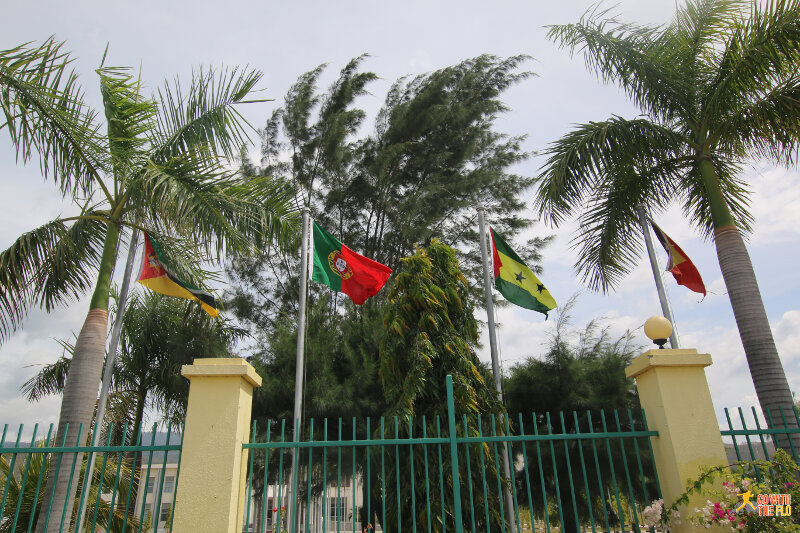 A few of the flags representing Portuguese speaking countries

For the average tourists (if there is such a thing in Timor-Leste) there isn’t a great deal to see and a day should be plenty. But it is interesting to visit some of the places with historical significance.

Below are some photos I took during my stay in Dili.

The vast majority of the population is Christian (i.e. >97%) – the Portuguese missionaries seemed to have done a thorough job. 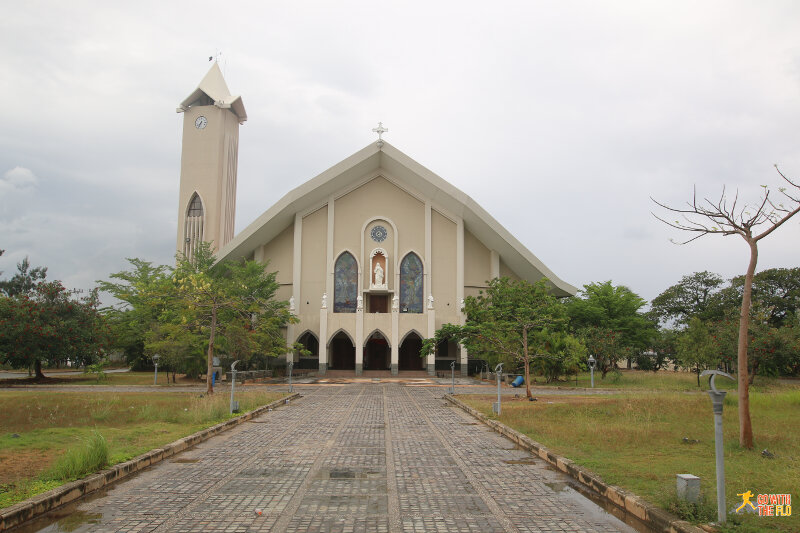 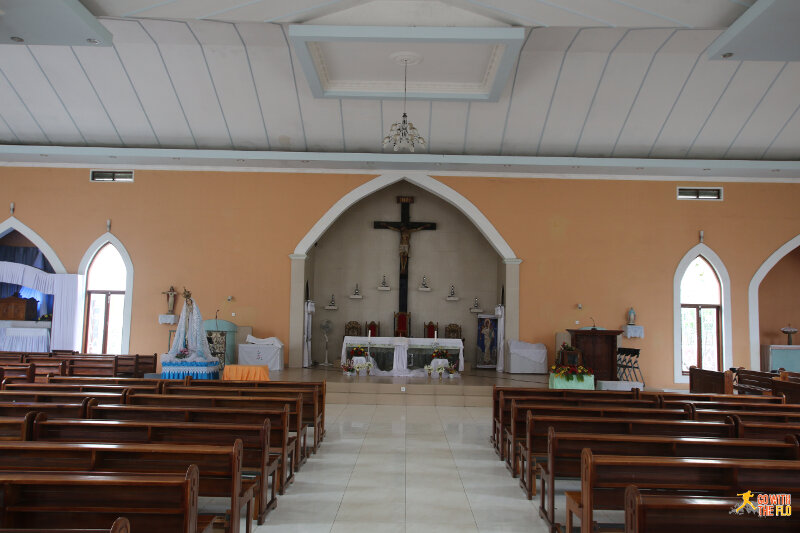 Inside the Igreja de Balide

The Muslim minority is tiny, at around 0.3% of the population. 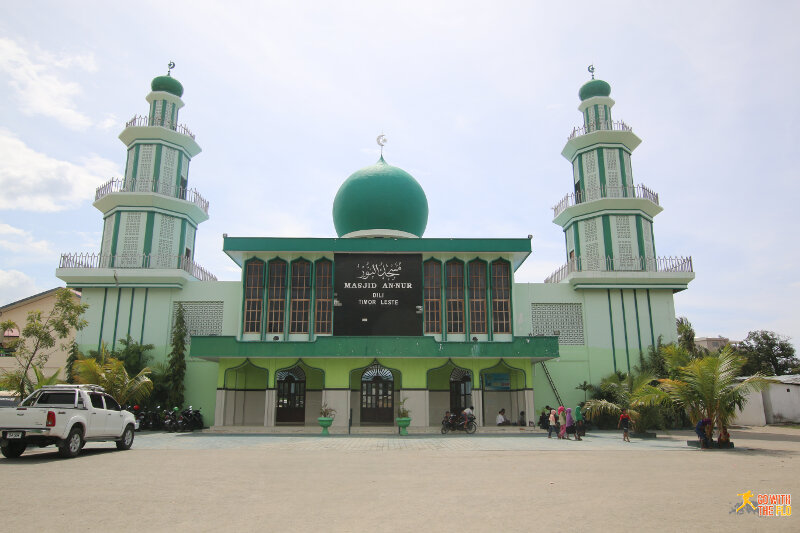 Dili is easily walkable (except the Cristo Rei statue) but also offers countless hop-on, hop-off busses for adventurers (at just 25 cents a ride!). 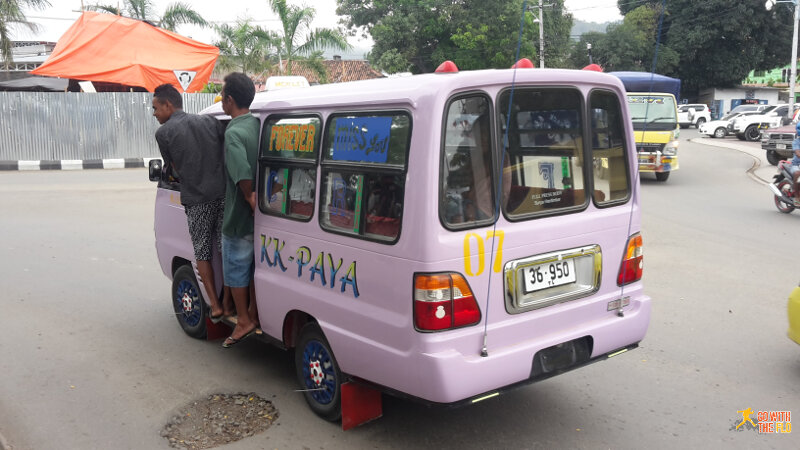 Dili has a long (and fairly beautiful) waterfront where embassies and government buildings are lined up. 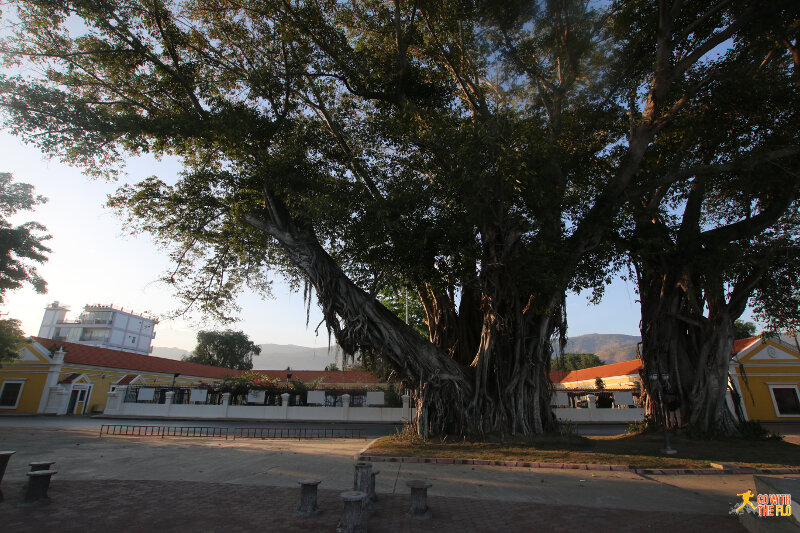 Building of the European Union 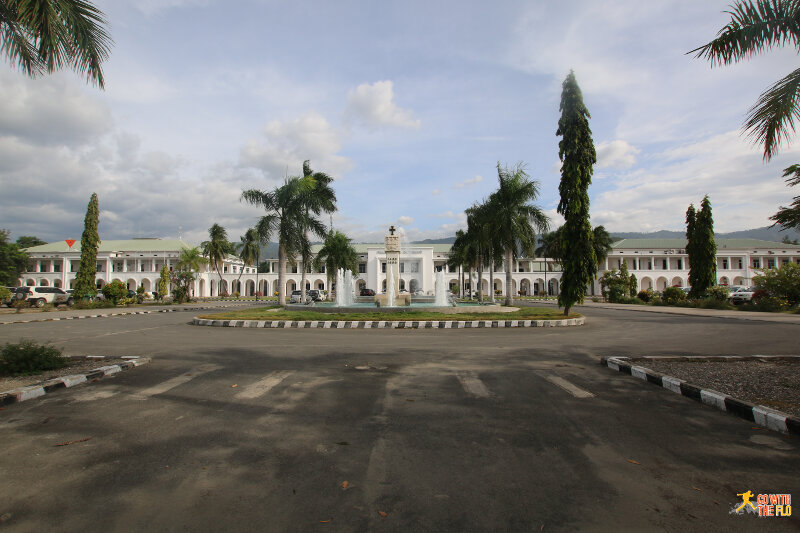 Palacio do Governo (seat of the government) 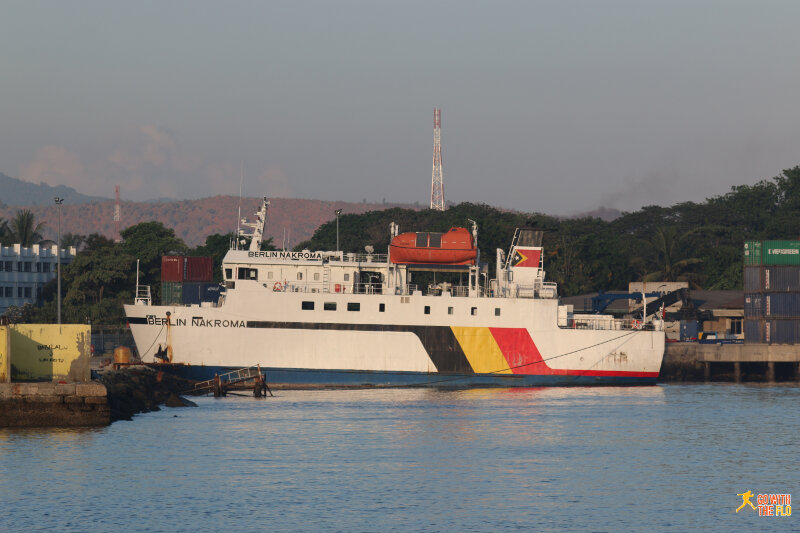 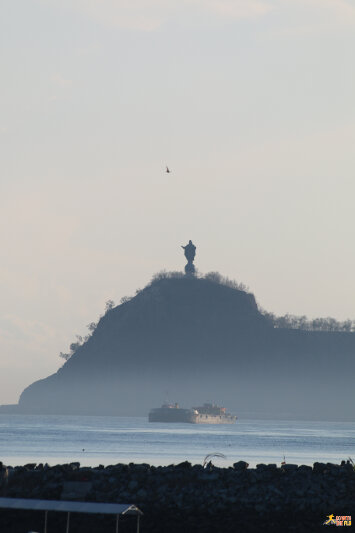 The Cristo Rei seen from Dili port (more on that later) 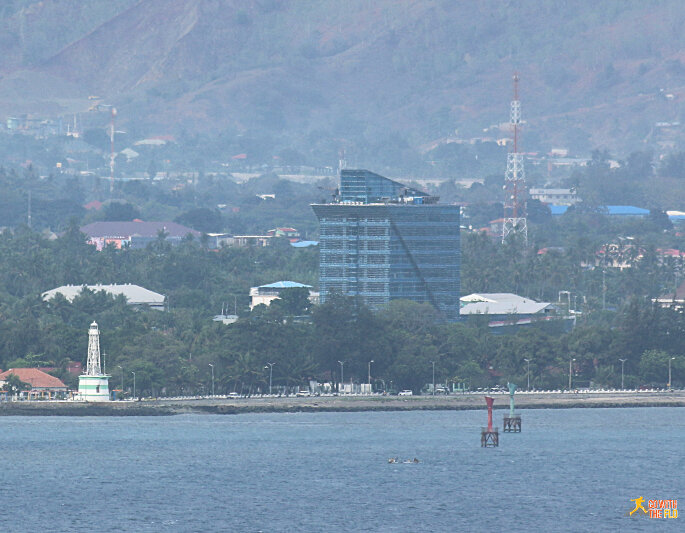 The building of the Ministry of Finance. I wonder who paid for it and whether such a palace was really necessary. 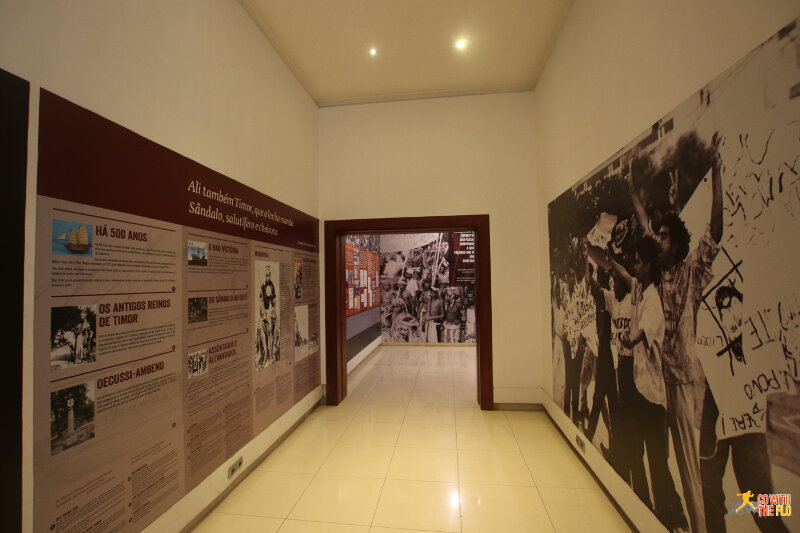 The very good and impressive museum on the history of Timor-Leste from decolonization until independence.

Two East-Timorese, Carlos Filipe Ximenes Belo and José Ramos-Horta were awarded the Nobel Peace Prize in 1996 for “for their work towards a just and peaceful solution to the conflict in East Timor”. Just when I was visiting, there were some festivities for the 20 year anniversary. 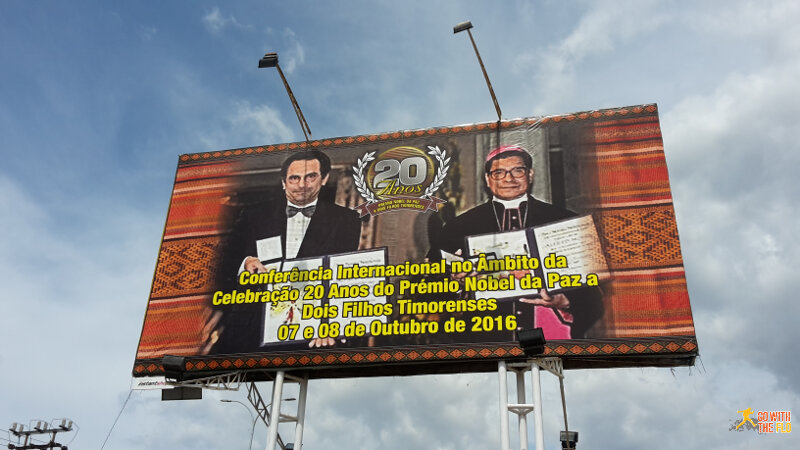 There is a market for traditional cloth, Tais. 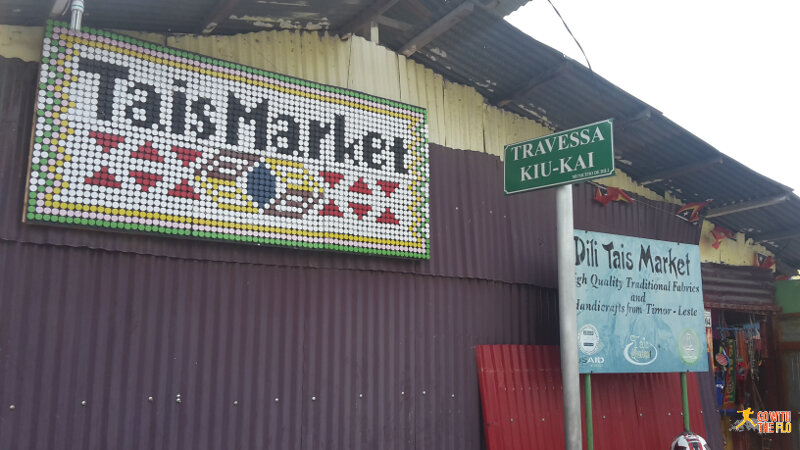 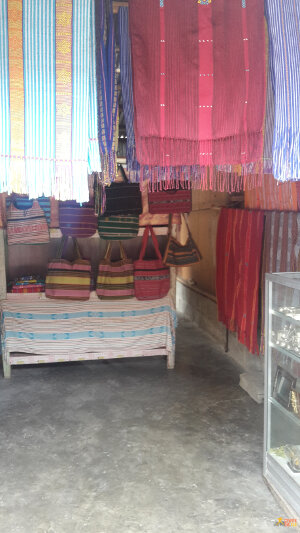 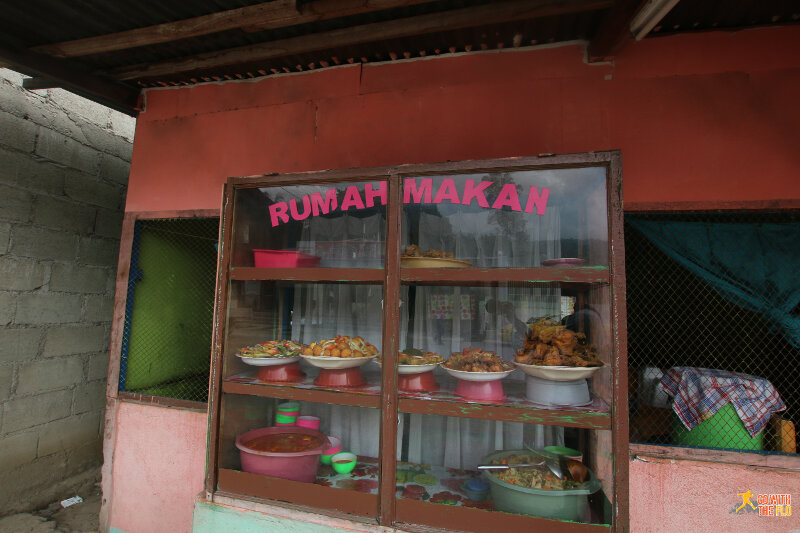 Food isn’t great in East Timor – pictured here is a local restaurant, similar as you would find it in Indonesia. 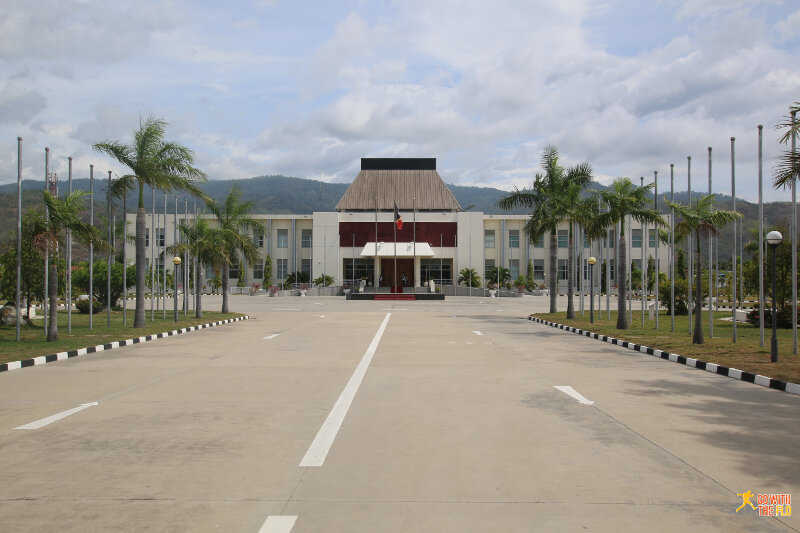 In 1991 a delegation of Portuguese parliamentarians were supposed to visited occupied Dili but cancelled their visit over differences with the Indonesians. East Timorese youths protested against the Indonesia occupation, taking advantage of foreign media being in the country. Indonesia forces opened fire on protesters in the Santa Cruz cemetery and at the end of the day over 250 locals were dead. Thanks to the courageous efforts of some foreign journalists, the events were caught on tape and the video footage smuggled out of the country. This eventually helped to raise worldwide awareness of the situation in East Timor. 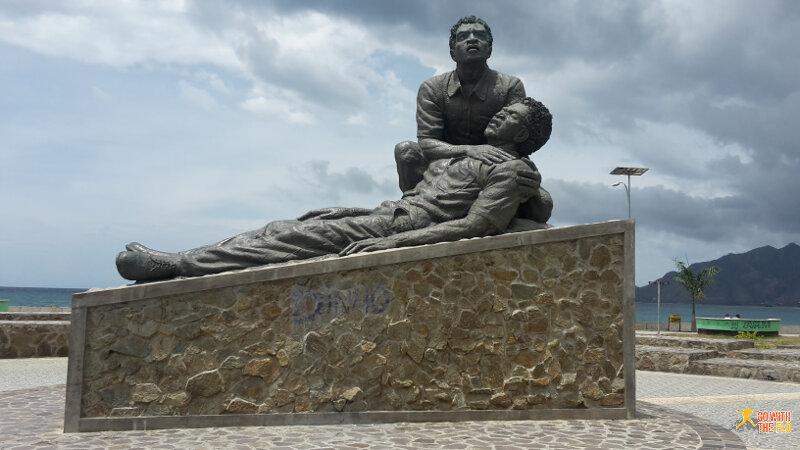 Memorial for the Santa Cruz massacre 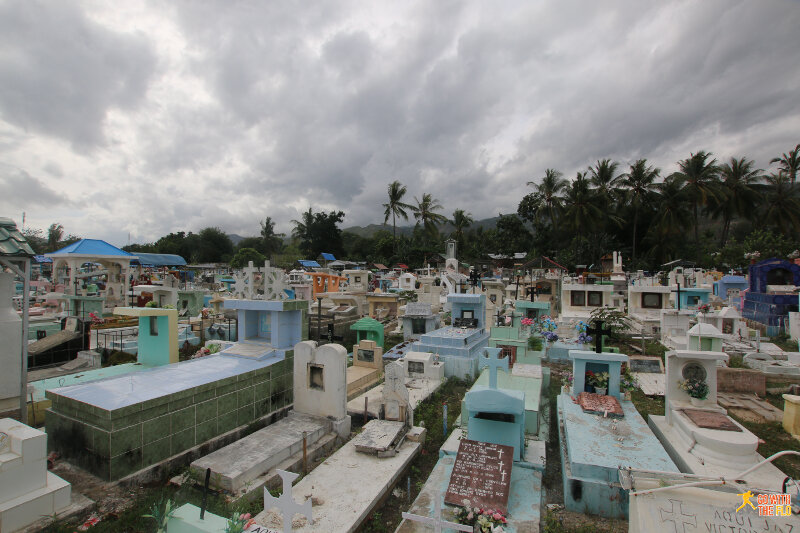 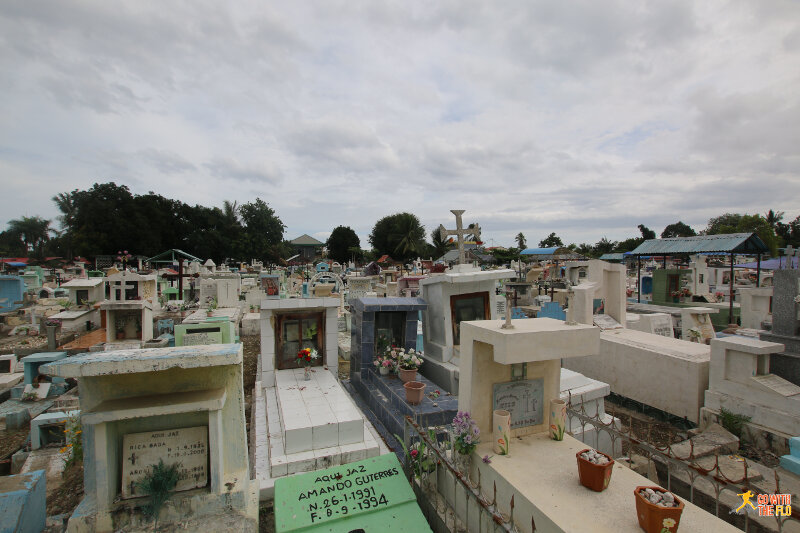 My final stop was the Cristo Rei, a 27m statue of Jesus Christ on top of a hill a few kilometers outside of Dili. It was a present by the Indonesian government in the mid 1990s… not sure what they were trying to achieve with it after years of brutal oppression. It coincided with the 20th anniversary of the integration into Indonesia as the 27th province (happy anniversary). 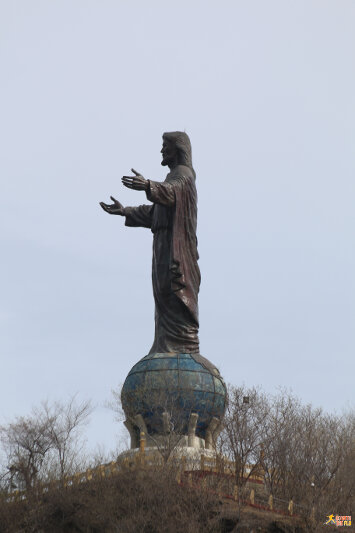 Walking up the 500 steps, the story of Jesus Christ is pictured. Note how nothing is written in Portuguese because of the Indonesians. They could have at least paid for a proper English translator by the way. 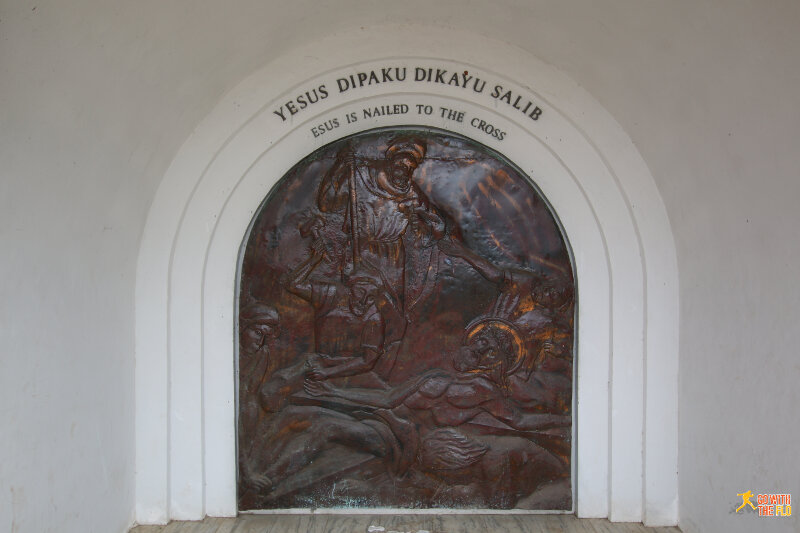 Jesus is nailed to the cross 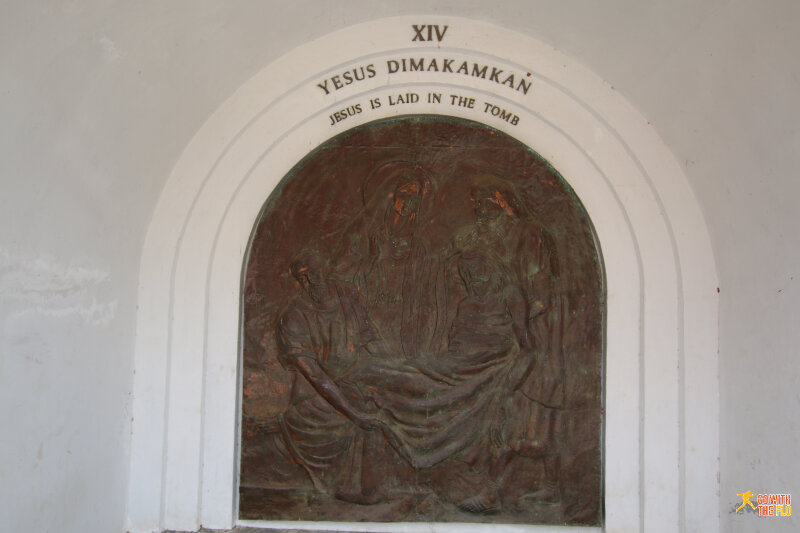 Jesus is laid in the tomb 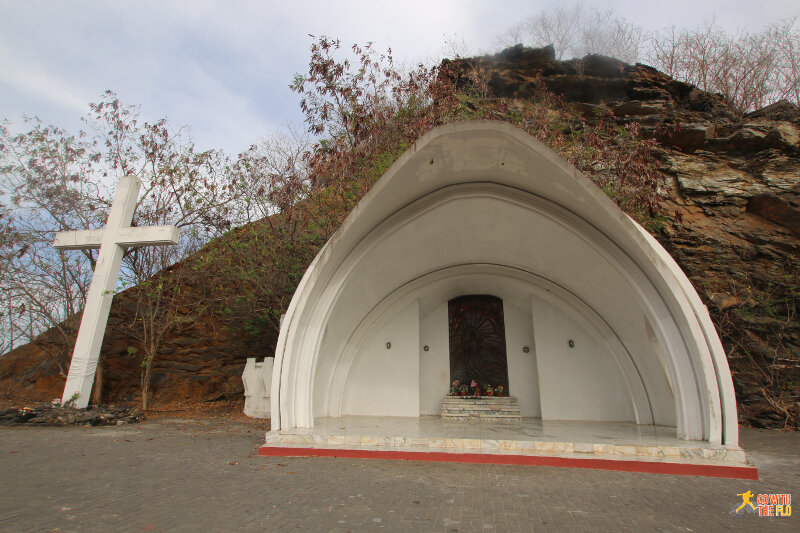 Small chapel just beneath the statue 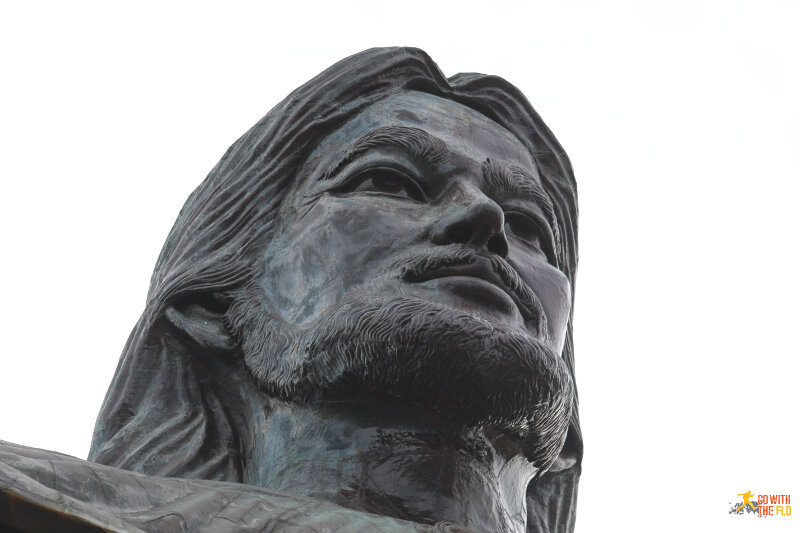 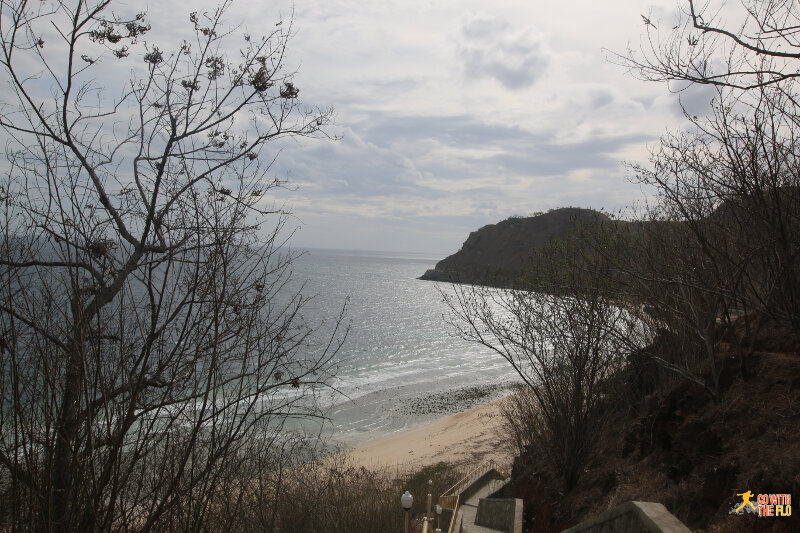 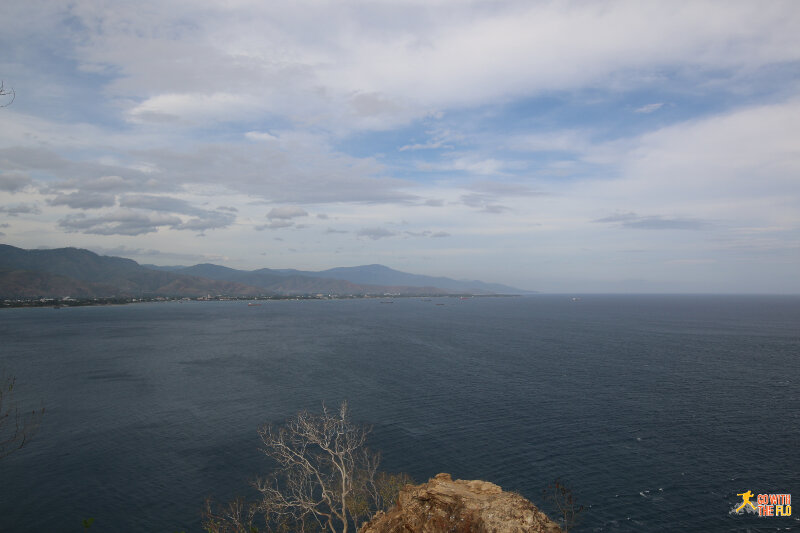 View towards Dili from the Cristo Rei

It was an interesting walk around Dili and I learned a lot about the country’s history. But one day was enough and I was looking forward to my trip to Atauro Island.