Crossing into Johor for a football game

After our recent encounter with the fans of Johor Darul Ta’zim in Singapore and their invite to follow them to JDT’s next home game in Johor Bahru, we decided to check it out. JDT’s home turf is the Tan Sri Dato Haji Hassan Yunos Stadium in Larkin (a suburb of Johor Bahru) with a capacity of 30’000. The guests were Kelantan FC, currently placed 10th out of 12.

Getting to Larkin meant once again crossing the Woodlands checkpoint and after my recent experience, I wasn’t too keen on that. And this time round things did go a lot smoother. After a non-stop bus ride to the border, we quickly cleared immigration on both sides and soon found ourselves at the Larkin Bus Terminal. From there it is a 15mins walk to the stadium. Unfortunately tickets cannot be bought online but they were still selling them at the stadium for either MYR30 (€8) for the grandstand or MYR10 (€3) for open seats. Naturally we went for the latter. 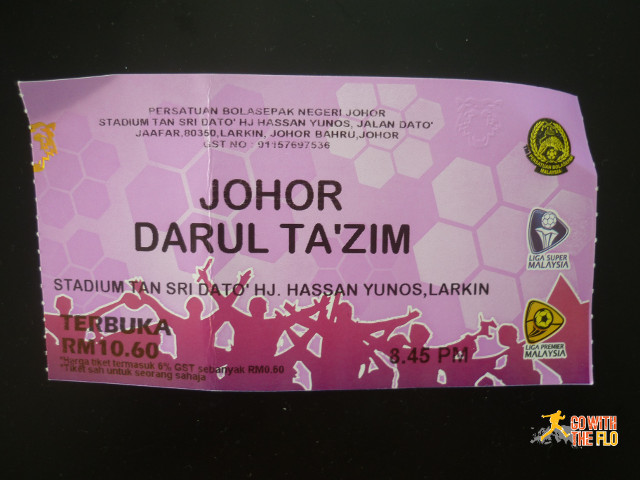 Fans tend to go to the stadium fairly early and when we got there around 90mins before kick-off, the stands were already quite crowded. It was quickly evident to us why it is worth to go early: inside the stadium barely any food was sold but outside there was a large night market for food and (original and original-copy) merchandise. After filling our stomachs and making sure we blend in with the latest fan gear, we entered the stadium. Malaysian hospitality was great and we managed to get great seats. The game started soon after a prayer and the singing of the regional anthems of Johor and Kelantan. The stadium seemed to be more or less sold out and there was also a large crowd of Kelantan supporters. The JDT fans kept completely quiet when Kelantan was singing their anthem which was a sign of mutual respect.

Food and merchandise before the game 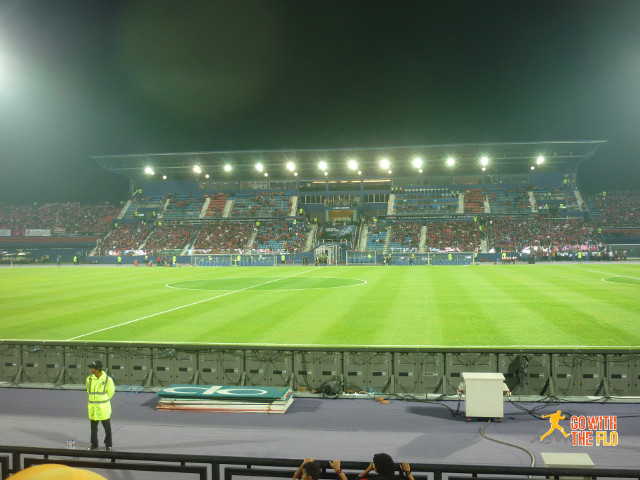 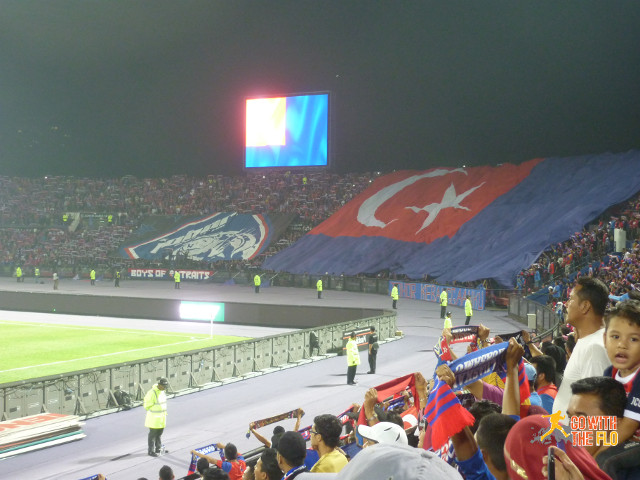 While last week’s 0-0 was not the most exciting game I had ever seen, this week’s match proved to be much better. Kelantan was up 0-1 after 10mins which was a bummer. However by half-time JDT managed to turn the game around and was up by 3-1! Needless to say the atmosphere was great and we decided to make our way over to the main block of JDT supporters, a large group that basically celebrates the team nonstop for 90mins. 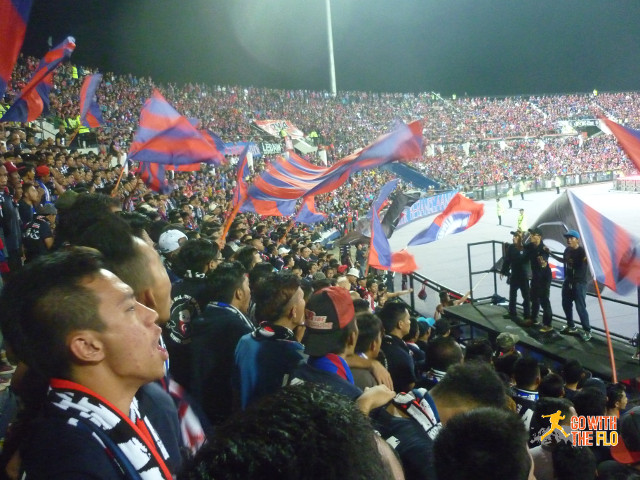 In the main fan sector 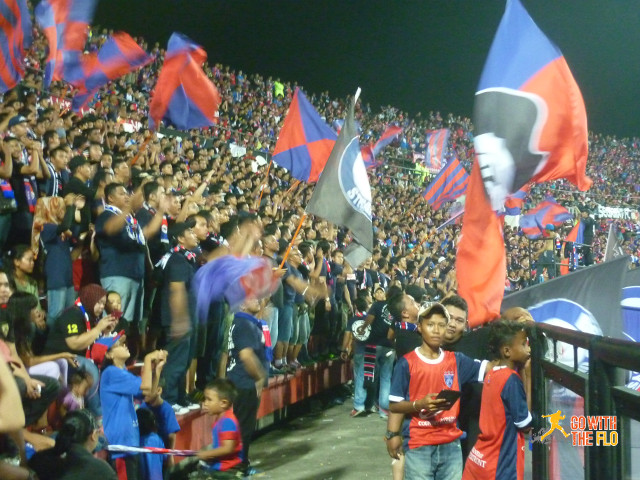 Celebrating the 3-1 victory over Kelantan F.C.

We didn’t end up watching much of the second half (which was fine since no further goals were scored) but instead had a great time celebrating with the fans and trying to learn some of the Malay chants. We were all impressed by how vibrant the stadium was and at the same time completely peaceful. Since no beer is sold, everyone was completely sober – a sign for me that the ban on alcohol for some games in Europe shouldn’t necessarily dampen the excitement of the fans.

To give you an idea of what the atmosphere was like, here’s a video of JDT fans in the national stadium in Kuala Lumpur:

Getting back to Singapore was hassle free although it does take time. By the time we were back at the Larkin bus terminal around 11.15pm there were still busses across the border and although there are no queues at immigration at this time of the day, it wasn’t until shortly before 1am that we were home.

Great experience and highly recommended to any football enthusiast!