As explained earlier, Qingdao has a short German colonial history over 100 years ago. While shortlived, the German left their mark on some of the architecture. But first and foremost, the city is nowadays known for the Tsingtao beer which started out under colonialism.

While Tsingtao isn’t China’s best selling beer brand (Snow Beer is sold almost twice as much), it is by far the most exported beer. In Qingdao Tsingtao beer is omnipresent. The factory deliverys fresh kegs on a daily basis. Residents then get their daily dose of the beer. What is interesting is that the beer isn’t sold in cans or glasses but rather in plastic bags. Measuring units are used to determine the right weight of the plastic bag.

There are various kinds of beer on sale, though the majority is the classic Tsingtao.

500g of Tsingtao. Or was it 1kg? There is no deposit on the plastic bags 🙂

Of course we also visited the Tsingtao Brewery. While not much more exciting than other brewery museums, it’s fun and worth visiting. There are two types of tickets: one which includes one sample and a slightly more expensive ticket that includes “many, many, many” samples. 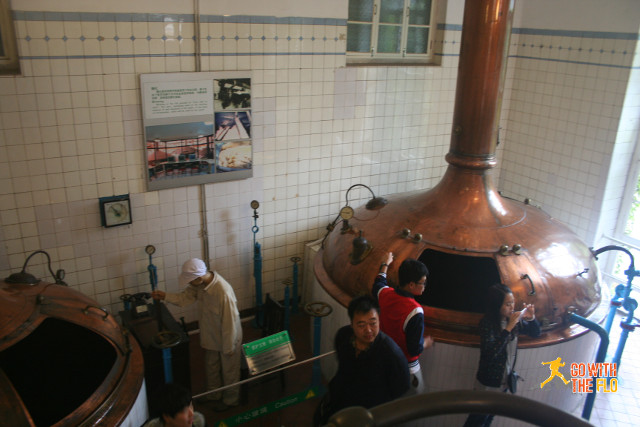 Exhibition inside the museum

Just outside the museum, “Beer Street” is a place lined up with around 20 restaurants serving all kinds of food (emphasis on seafood) and fresh beer. Here you can try all the different kinds. Just be sure to ask about prices, as there are cases of tourists getting ripped off (at one point the restaurant owner wanted 165 RMB (23 EUR) from us for a jug).

Pay attention to the manhole covers around the area, they are in different designs: 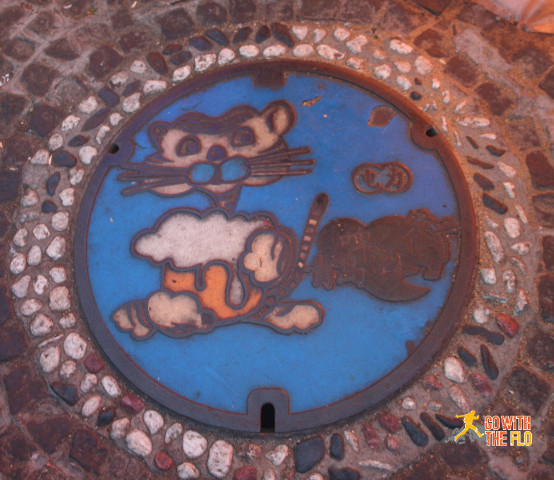 While Qingdao has a lot more to offer than beer, it’s Tsingtao heritage has left a special mark on the city. If you visit, it’s hard to ignore it and do give it a try – the beer does indeed taste better when fresh.