On our recent trip to Qingdao we were looking for a day trip to see a bit more outside the city. Not far away is the Laoshan region / Mount Lao. As always, I won’t go too much into detail of the history and significance as you are probably better off reading the Wikipedia article. But is basically a culturally important mountain due to its long affiliation with Taoism. And it just also happens to be the highest coastal mountain in China with its peak at 1’100 metres above sea level.

Getting there is fairly straight forward. There are frequent busses going from downtown to the visitor’s center. However due to traffic jams it can take anywhere from one to two hours. There are also many tour operators around but from what we read beforehand was that usually you end up visiting a bunch of shops along the way. We ended up sharing a taxi between the three of us. The fare was 150 RMB (€22) to get there and 80 RMB (€11) to get back. Not quite sure what went wrong one the way there…

At the visitor’s centre you have to get your tickets (120 RMB). No private cars are allowed inside the park area, so you have to board one of the frequently running busses which will take you to the base station of the cable car. There you pay once again for the cable (another 40 RMB one-way). We were happy to see that the cable car was of Swiss origin and hence the ride was quick and smooth. 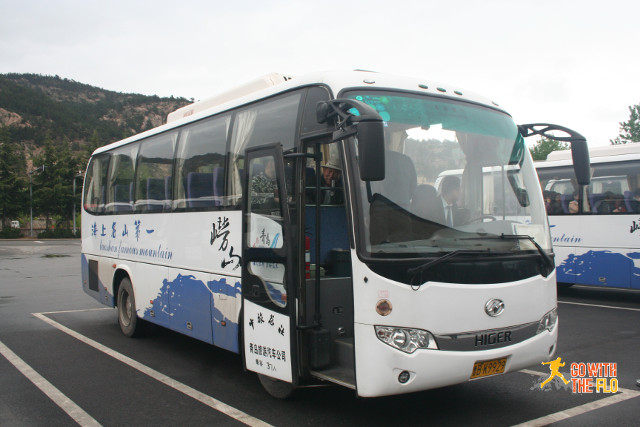 The busses that take you to the cable car station 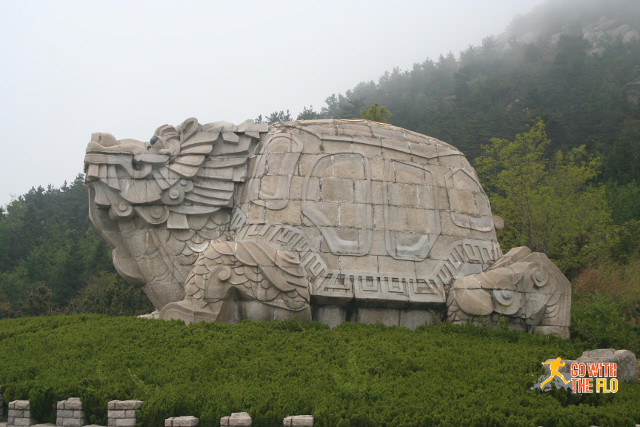 One of the many statues that we passed along the way 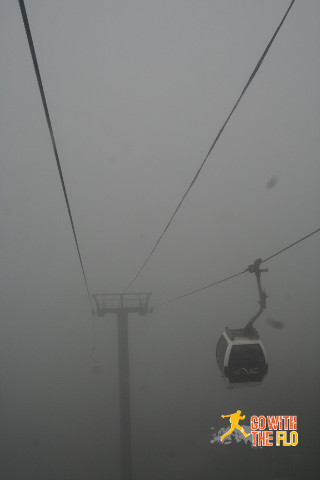 Just as we were about to break through the clouds

It was a very cloudy day but eventually we broke through the cloudes in the cable cars. While still not sunny, at least there was a slightly better view. We thought the cable car would take us to the top but boy were we wrong. What followed was a one hour or so hike up (hundreds of stairs). It was a joyful atmosphere with many families out. At the top we were rewarded with good views:

The views are getting better…

and a army building.

We almost missed it, it was so well hidden

After a one hour hike straight up the mountain

How artistic is this photo please? Hashtag nofilter

On the way back

Heading down was a lot quicker obviously and via cable car, bus and taxi we were back downtown just in time for dinner (and maybe another fresh beer). 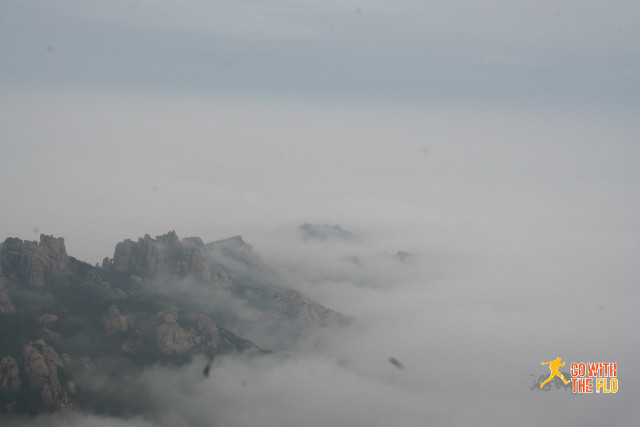 On the way down

If you’ve got a spare day in Qingdao, I’d definitely recommend visiting Laoshan. If the weather is better, I am sure the views would also be a lot more spectacular. However you do need at least 3/4 of a day. While we did the most popular hike, there are countless other hikes within the park.