The Air Force’s NDP Rehearsal from a different angle

This week I watched the rehearsal from a different angle. And while the weather was not good, I still thought that some of the photos are worth sharing: 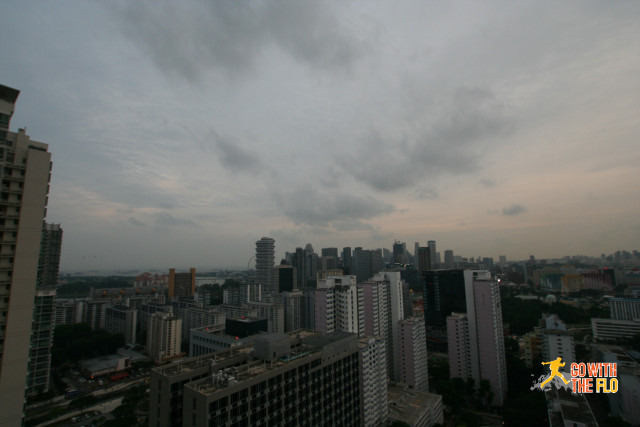 Looking towards the Central Business District from the East 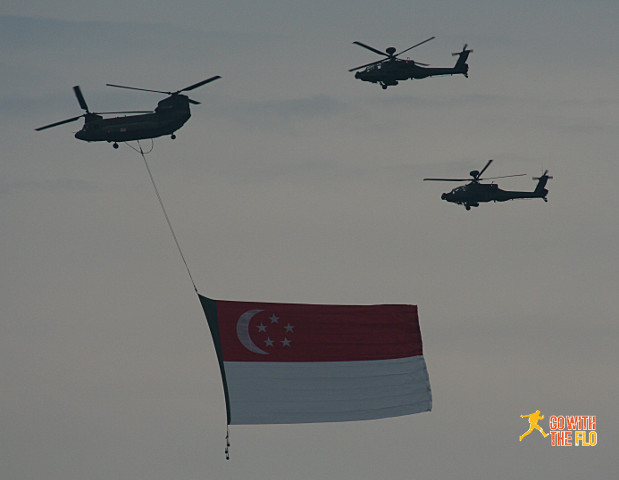 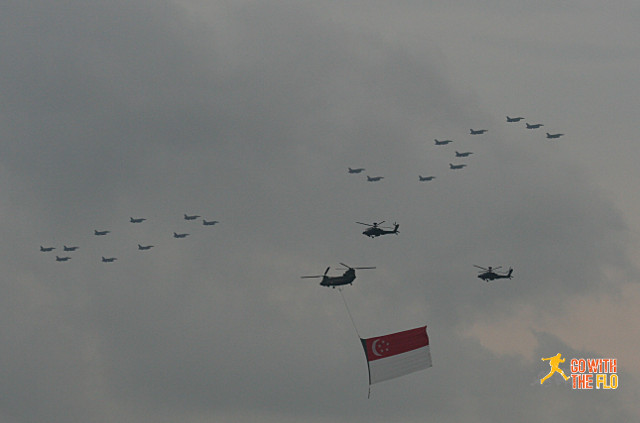 …while being passed by the F-16 squadron. 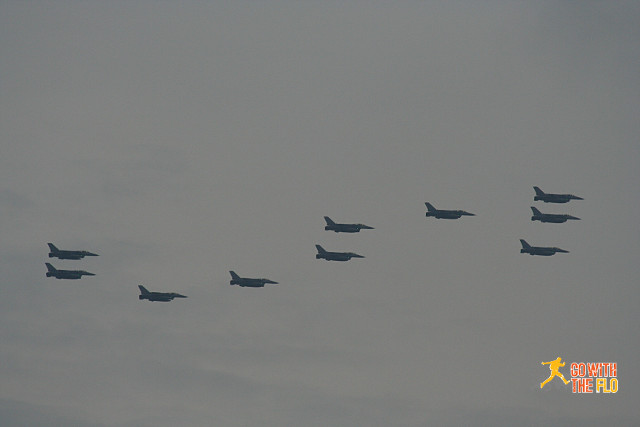 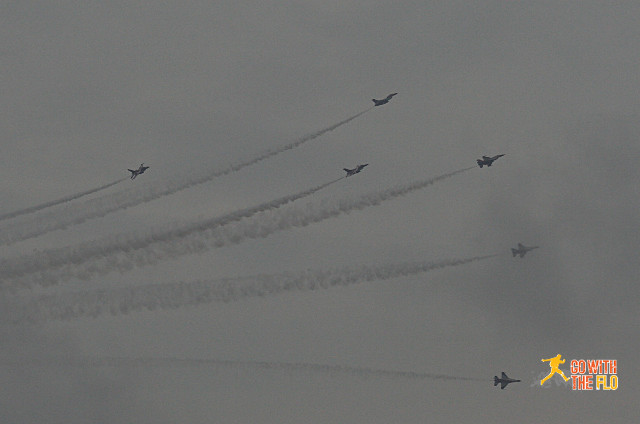 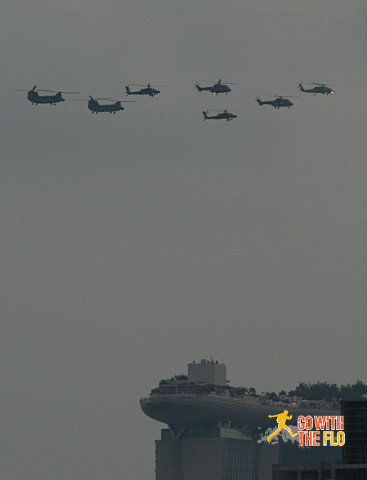 Another set of helicopters passing by Marina Bay Sands… 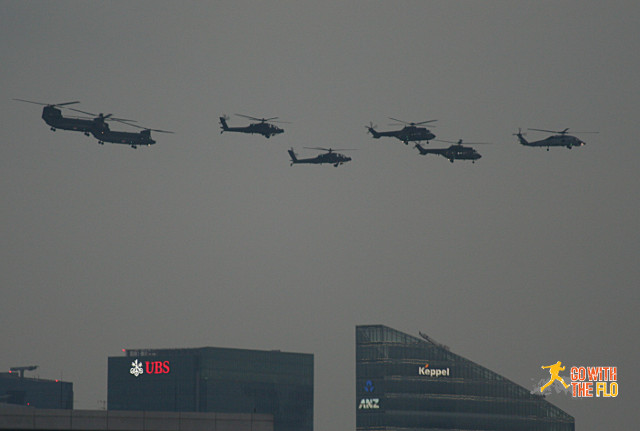 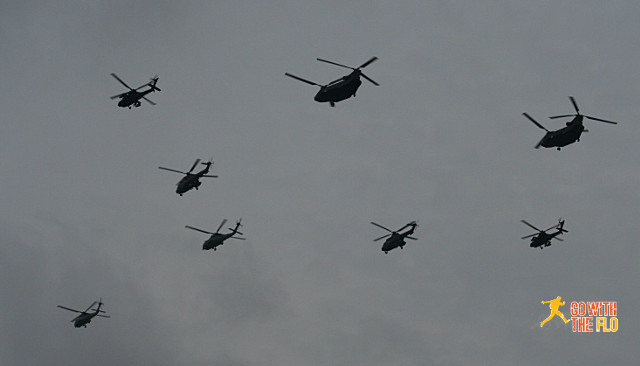 …followed by another flypast on their way back. 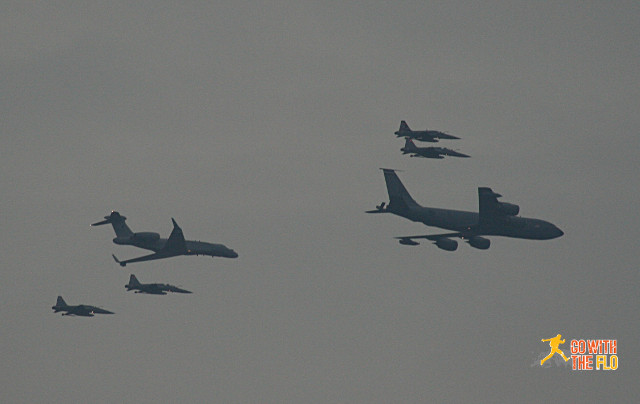 The final flypast – unfortunately this week without a gorgeous sunset.

While the weather certainly could have been better, I did not mind too much since I ran the Sundown Half-Marathon that night and was happy about the slightly cooler temperatures. It made for quite a unique scene as around 11pm several thousand runners were headed from the MRT station to the starting line of the race while being passed by tanks returning from the rehearsal.