I just got back from a week long trip to Sri Lanka. We focused on the Southern half of the island along with the Hill Country in the centre.

There are three options to get around: private car, bus and train. We did hire a car and driver for a stretch where it otherwise would have been very time-consuming. But for the majority of the legs we opted for the train. 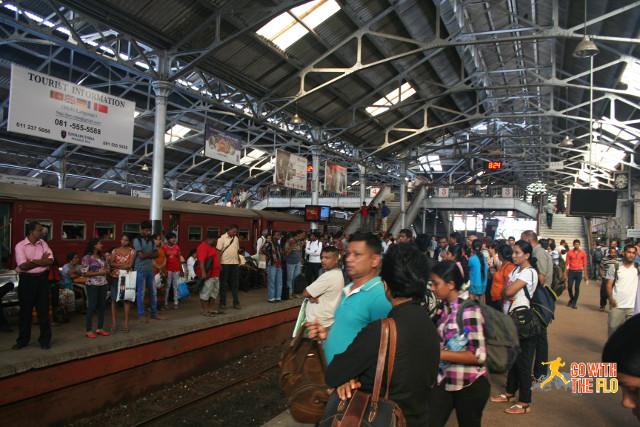 The main train station in the country: Colombo Fort

While trains tend to be slow, especially in the Hill Country, the rides are more scenic than by bus and we imagine they tend to be safer. 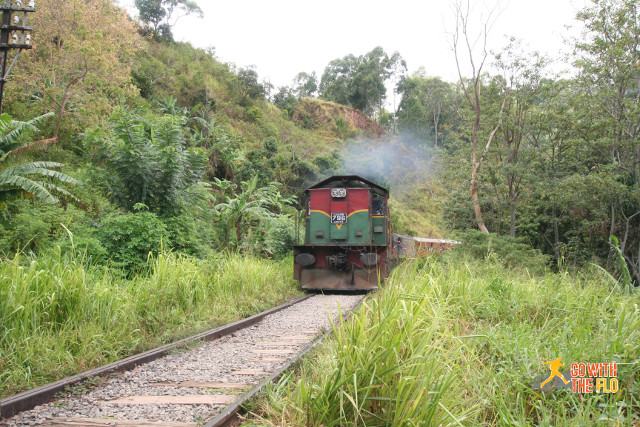 Walking along train tracks in the Hill Country

I imagined train travel would be similar to what I experienced in India due to the common colonial roots and indeed there are similarities. Sri Lankan trains have three classes of service: First, Second and Third. First class is exclusively reserved and air-conditioned. We tried to book seats however were too late. You cannot reserve seats online but need to go physically to a railway station and buy them (I think it can be done about two weeks in advance).  We underestimated this and didn’t put enough effort into finding an agent to buy tickets for us. Tickets cost around LKR1’000 per person. We did talk to other travellers who didn’t like First Class very much because windows can be dirty and cannot be opened (which you want to to take photos) and the air-conditioning can be very cold apparently. 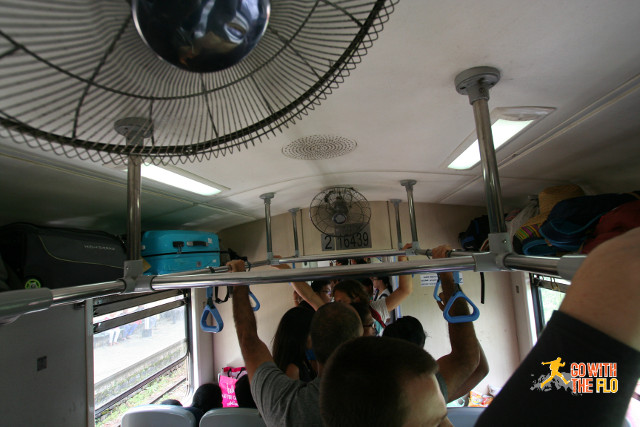 A view of unreserved Second Class. You think it is crowded? 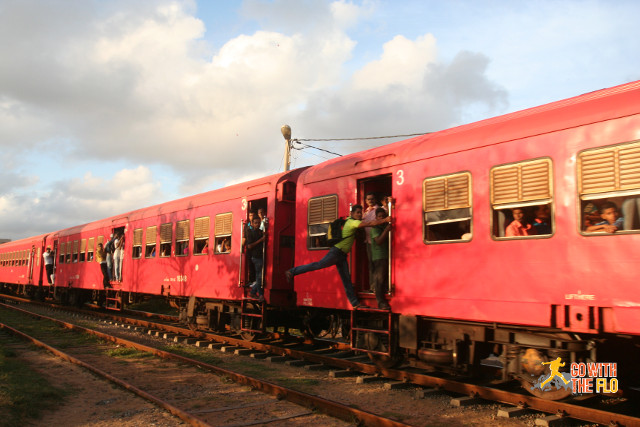 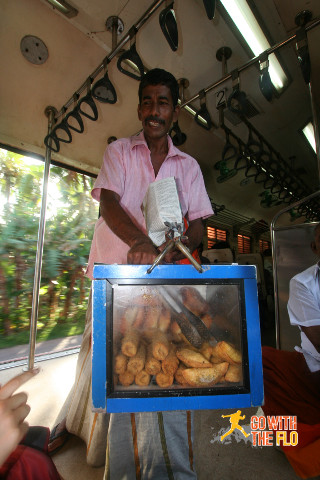 But there is always room for someone selling delicious snacks 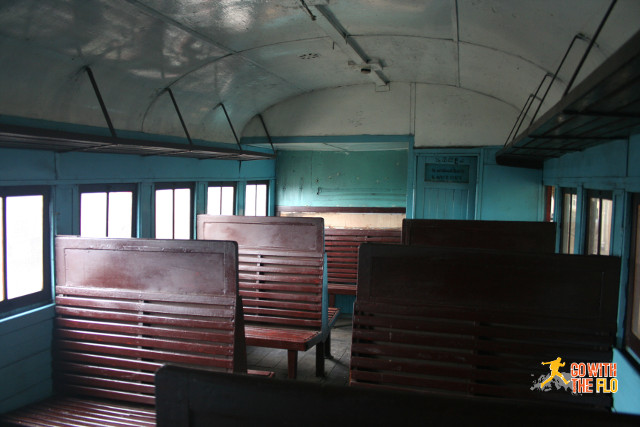 A look into a rather old Third Class carriage 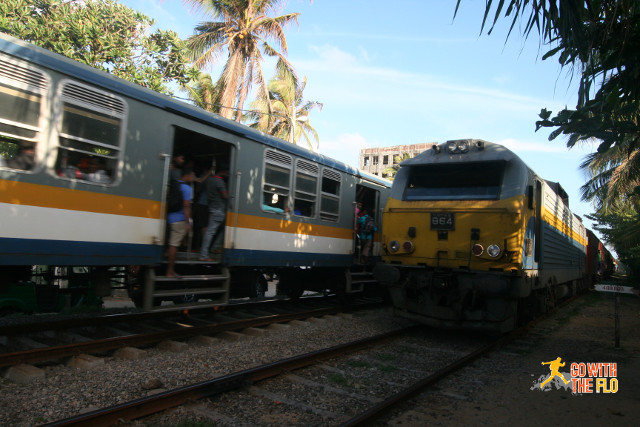 Two trains passing each other near Colombo. Not many stretches have dual tracks.

For all trips we just walked up to the station a few minutes before departure without reservations. Part of Second (and the same goes for Third) Class is reserved, meaning you do get a seat. There is a surcharge,  which is worth it, but again we were too slow. Tickets are very cheap by Western standards with each trip costing us less than LKR200 per person (up to three hour journeys). The unreserved carriages just cram as many passengers in as can fit, meaning it can get very crowded (Second Class is still bearable compared to Third). 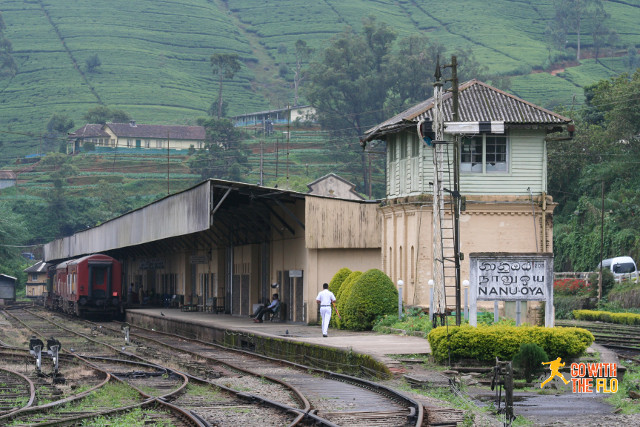 The train rides are very scenic, both along the Western coast as well as the Hill Country. They are so scenic that you won’t mind the delays which can run from half an hour to hours. Our last trip from Galle to Colombo looked it would arrive on time until we reached the suburbs where we stopped for over 15 minutes with no apparent reason. Luckily the train waited at the platform of a small station and since Sri Lankan trains don’t have doors (or nobody bothers to close them), we just got off there. 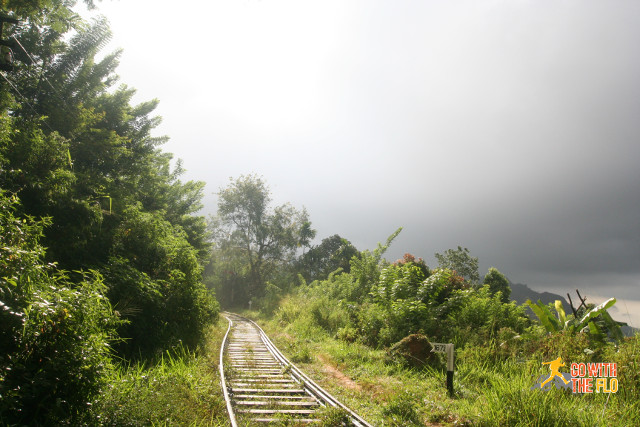 Hiking along the train tracks near Ella

The ride from Nuwara Eliya (or more specifically Nanu Oya) is said to be one of the most beautiful in the world, running through hills and hills of tea plantations. For this stretch we booked the “Expo Rail”  tourist train which is an extra carriage that is attached to the regular train. This can be booked online… After all it is ran by a private company that seems to be a bit more entrepreneurial than the government. Priced at a LKR1’000, you get some snacks but more importantly a viewing platform without windows. And you want to spend most of the time there for the views since inside they are blasting movies on a screen. Unfortunately we were unlucky with the weather and the delay of the train, meaning it got dark fairly early into the trip. 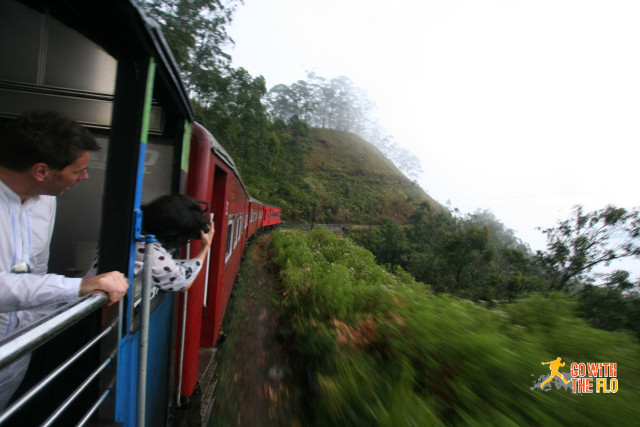 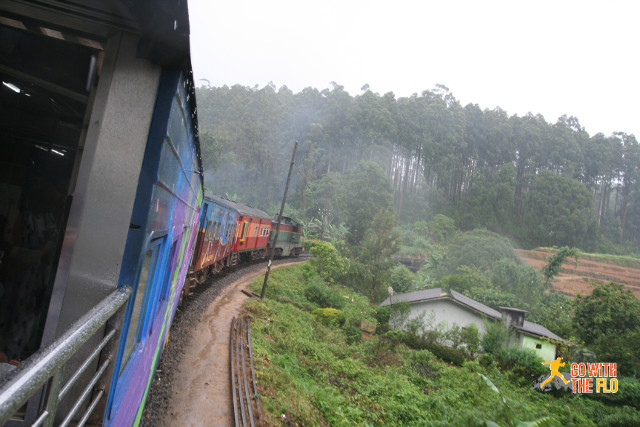 Traveling by train in Sri Lanka is a great way to see the scenery and a lot more relaxed than going by bus. Just make sure that you get an agent to book tickets for you (I’d recommend Second Class but also Third Class if reserved is fine). 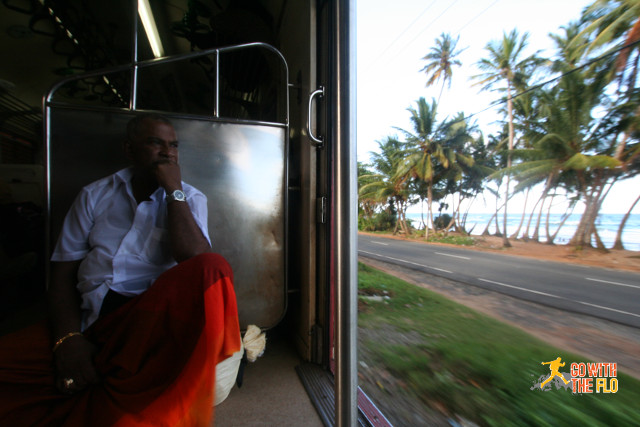 Enjoying the scenary on the way from Galle to Colombo 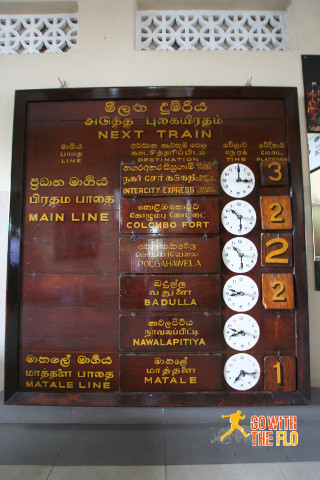 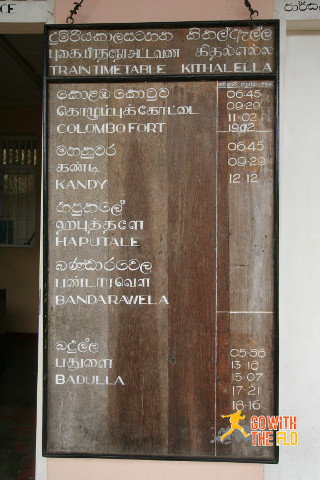 and even older school at Kithalella