Hangzhou: the food did not disappoint

I was looking forward to the food in Hangzhou and sure was not disappointed. Over the two days we did not have a single meal that wasn’t tasty. But then again, we did not go too experimental as one could and you will see below. 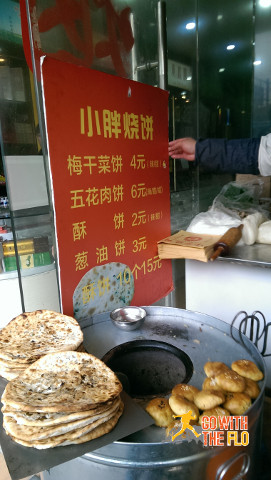 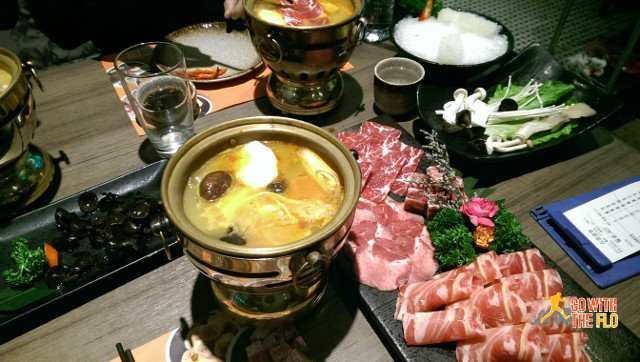 Hotpot with lots of meat 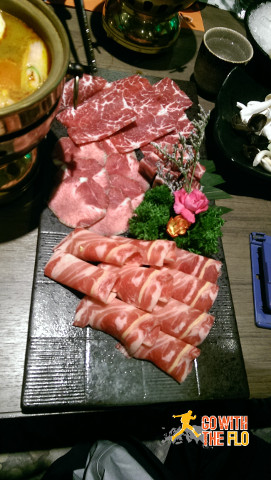 Another night we had dinner at a newly opened BBQ restaurant. I asked whether it was Australian beef and was told “No, made in China”. It was very tasty. 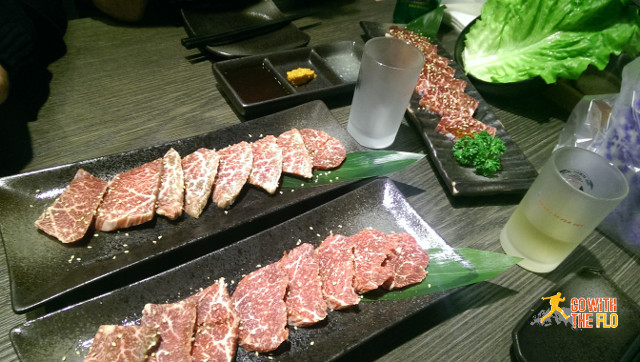 You can never have enough meat for hotpot

One night we went to a restaurant called Grandma’s Kitchen, a popular chain serving local dishes as cooked by Grandma. While there was a long queue, I don’t know whether we got a foreigner bonus and but got a table without waiting. In general we saw very few Westerners, maybe less than a dozen in two days.

Unfortunately I forgot to take photos of the dishes as we were so hungry but I can say it was very good and fair prices (we paid €30 for three people). There are outlets all over town. We went to the one at Hangzhou Towers (杭州市体育场路538号). 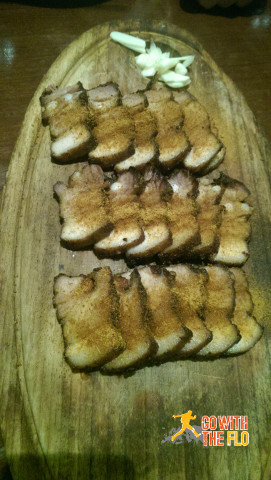 In a shopping mall we stopped for some dessert at a restaurant specializing in mango desserts. Insanely sweet but not too bad. 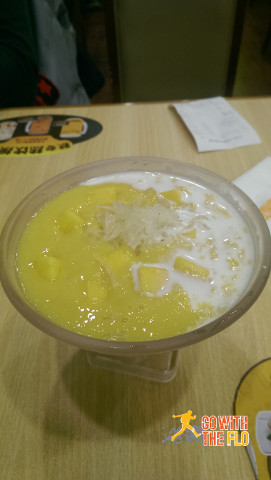 Last but not least, here are some photos of food we did not try during our visit (and I doubt I will ever try): 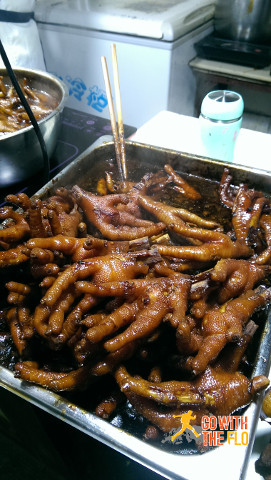 Some kind of fried (?) chicken feet 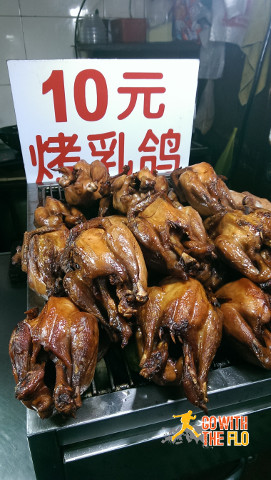 and of course, the duck heads: 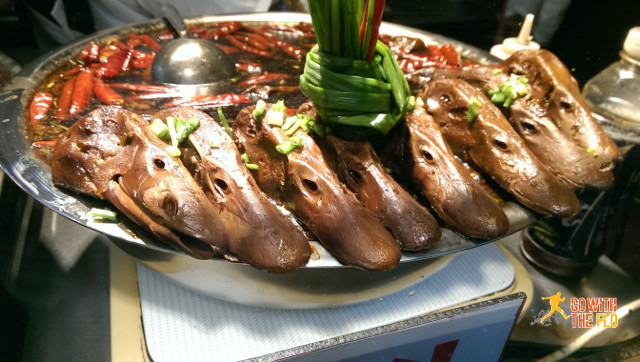