Two very different sides of the Maldives – the postcard resort

I spent the long weekend over Chinese New Year in the Maldives. As I had written previously, not everything in the island nation is as sunny and peaceful as we associated with from the postcards we receive from friends. I got the chance to see the other side as well, which was quite an experience.

The vast majority of tourists transfers straight from the international airport onto a speedboat or domestic flight onwards to a resort island. Some unlucky ones might have to spend a night near the airport if they arrive too late (Hulhumalé is the island you would most likely end up on). Even though we arrived only around 10.30pm, we were lucky to still catch an onwards flight (actually the last flight of the day leaving the airport at 11.30pm). Seems not many tourists transfer that late as we were the only non-locals on the flight and altogether there were only seven passengers. After a short hop to Koodoo, we were transferred to a speedboat and another 30mins later finally arrived at our destination, a small island on the Gaafu Alif Atoll. 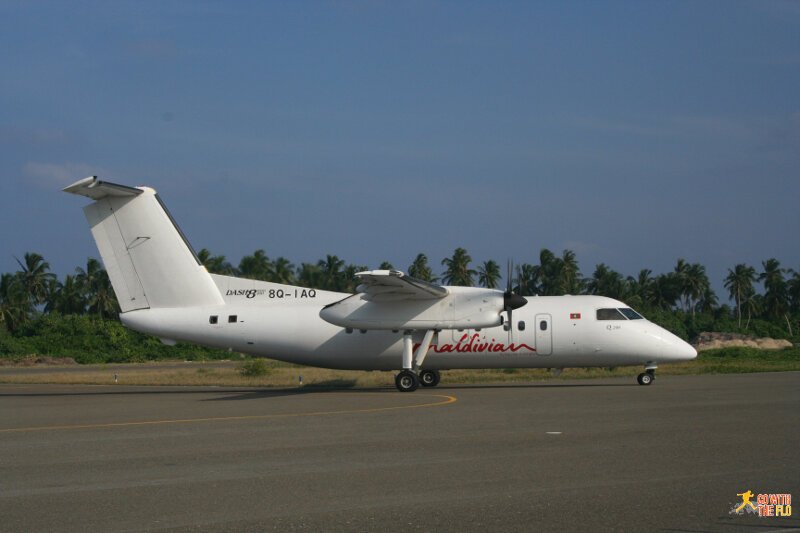 Our plane to and from Male

The next morning we were treated to these views, just like we had imagined it (actually even a bit better). In many ways, the resort and island were breathtaking: 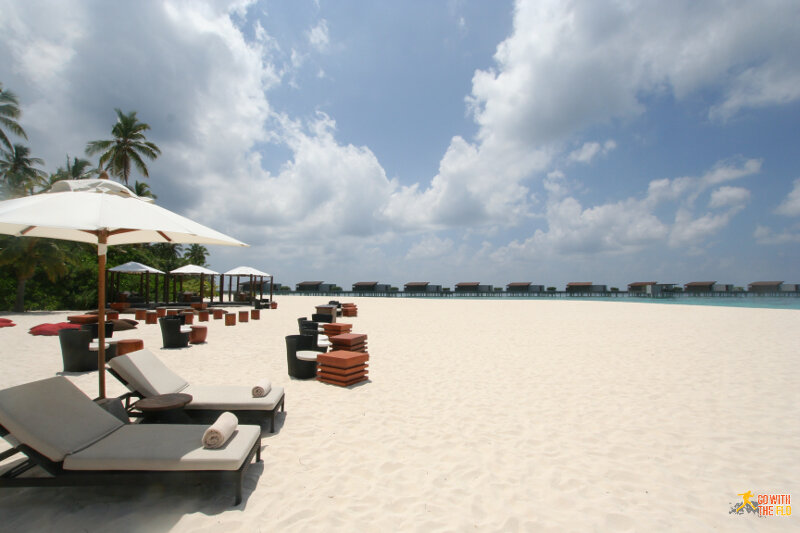 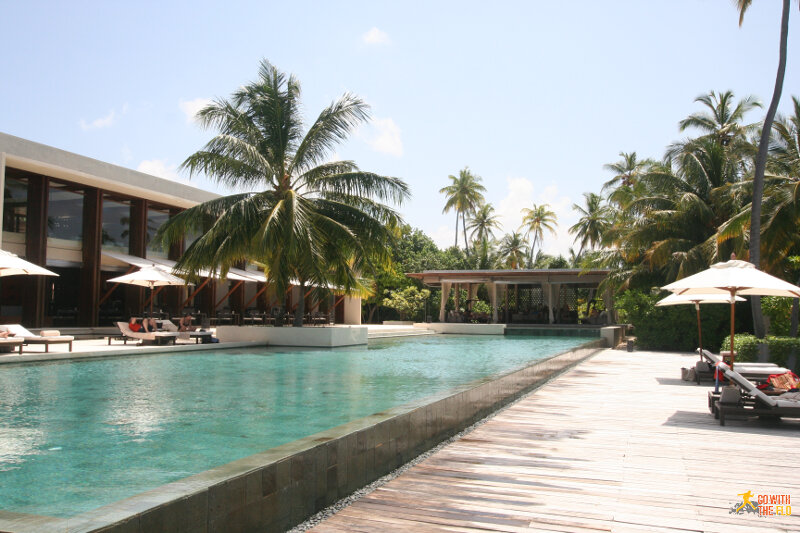 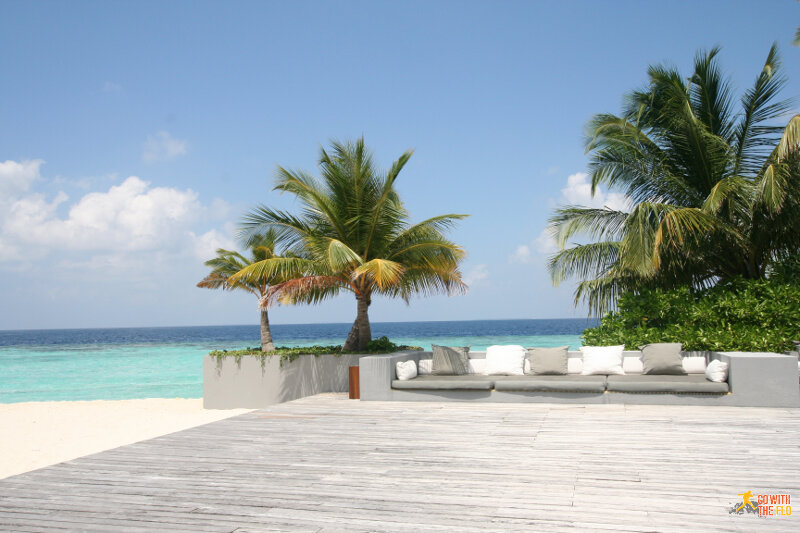 Even though we were hundreds of miles away from civilization, the resort seemed like it had everything on stock. Food was great and very varied, but probably had the biggest carbon footprint of anything I have ever eaten. Some things were almost over the top like air flown free range eggs (think about it for a second). Staff was very attentive and international. The international spectrum of guests is reflected in the Russian, Chinese and Korean speaking hosts. 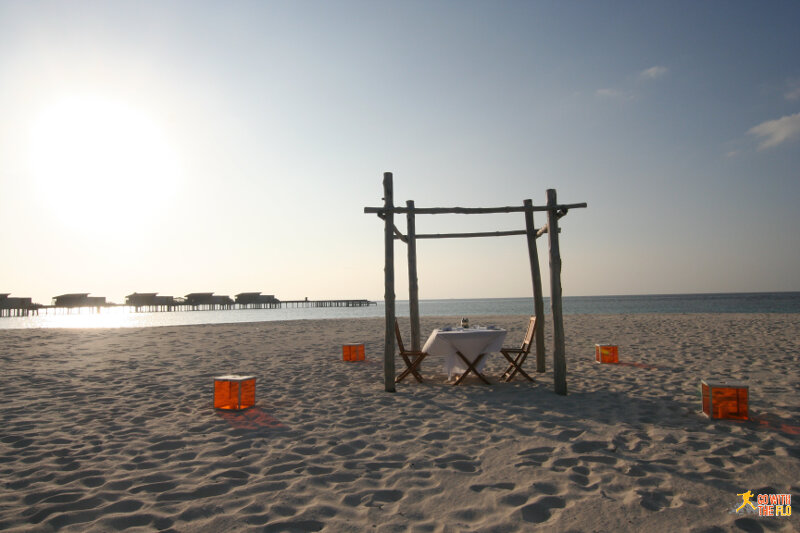 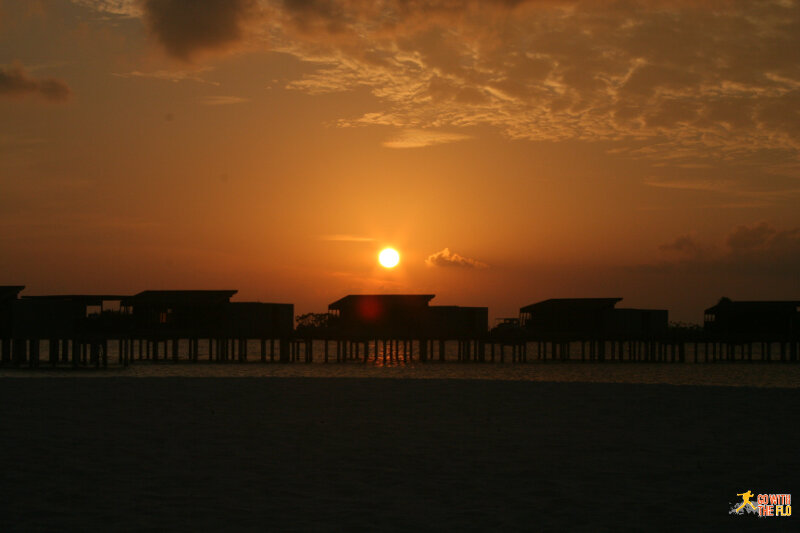 While we of course associated this kind of island setting with the Maldives, there was not much that struck us as typical Maldivian. The restaurant menu carried a few items of local cuisine and one evening a group of men from a neighboring island performed a dance but otherwise there was not much branding, culture or architecture reflecting the Maldives in the resort. Don’t get me wrong, it was not something we particularly missed but it just stood out compared to other beach destinations we had been too. I guess, the resorts are designed to appear as autonomous as possible. Alcohol is readily served (banned on “local” islands), bikinis are a normal sight (banned on “local” islands) and there is a number of female (mostly foreign) workers (women don’t tend to work much outside the homes on “local” islands). Our island even had its own timezone, designed to better enjoy the sunset. 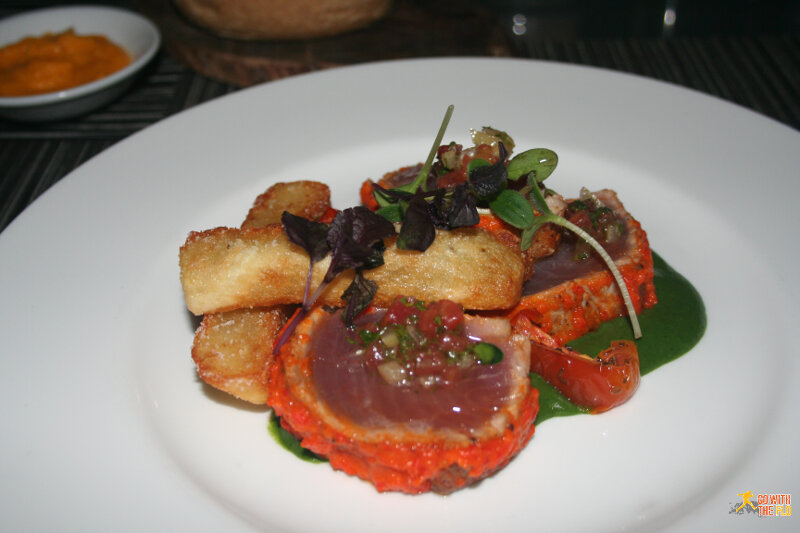 After a grand stay, it was time to head back to civilization. Instead of just connecting again straight to our international flight, we chose to spend a night in the capital to see the local life. Upon landing at Male International Airport, we were greeted by a representative of our resort who raised his eyebrows when he learned that we are staying in Male (they help you with your international onward connection) and had not arranged transport to our hotel for the last night. Stay tuned for some impressions from the Maldives’ capital, which couldn’t be more different than the remote resort island. 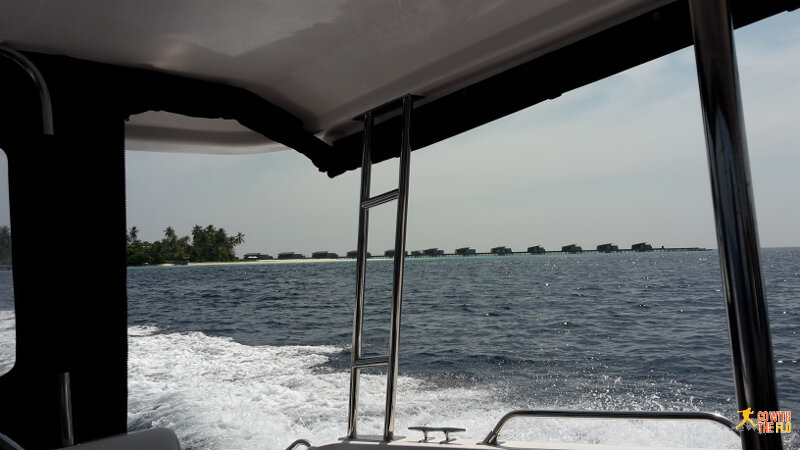 Leaving the resort again on a speedboat