Two very different sides of the Maldives – the capital

After spending a few nights in a great resort, it was time for the second part of our Maldives trip – a one night visit to the country’s capital, Malé.

The capital island of Male with a population of around 100’000 is about a 10 minutes ferry ride away from the airport. For 10 Maldivian Rufyiaa (about €0.80), we boarded one of the frequent boats along with dozens of airport workers and resort representatives on their way back. 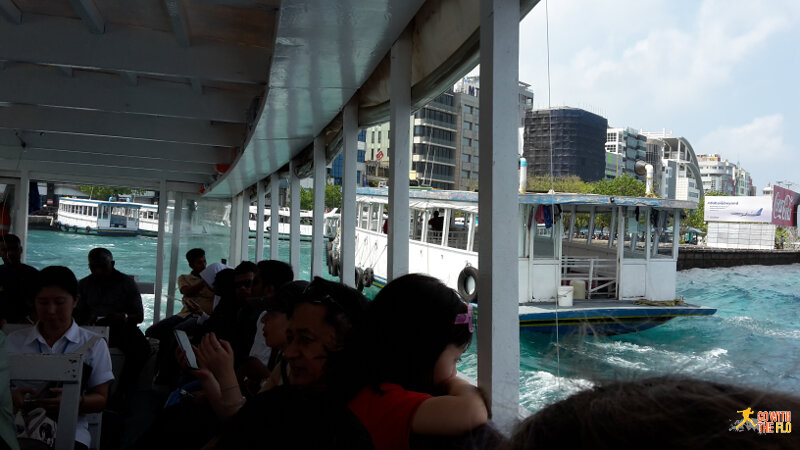 Onboard a dhoni from the airport to Malé

While it already felt pretty local, it wasn’t until we arrived in Male that we were in a different world than we had been the past few days. All of a sudden, the silence and tranquility was gone. Boom! We were in the middle of a hectic and bustling city. Within minutes we had almost run over by some of the thousands of motorbikes that ply the streets. Think Ho-Chi-Minh-style motorbike traffic but with streets as wide as alleys in Venice. 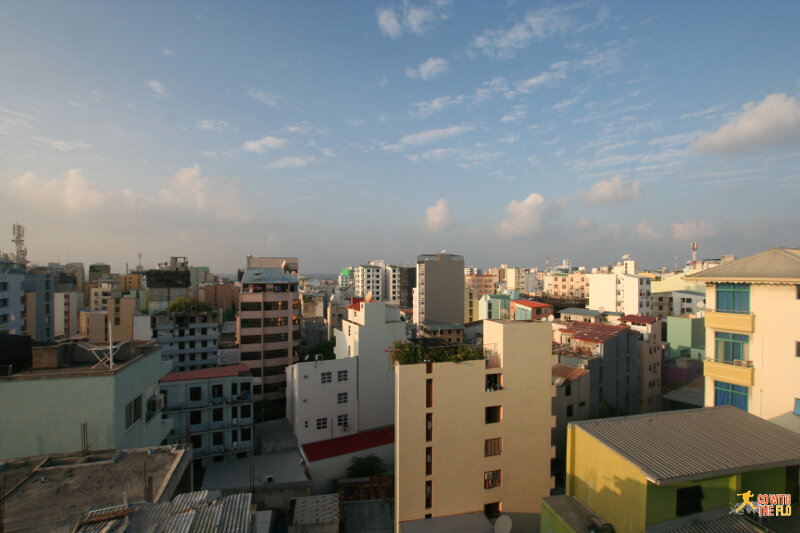 View from our hotel – Malé is one crowded city

We arrived in the early evening and left the following morning around 11am. While not a whole lot of time, I would say it was sufficient. The island is very small and doesn’t really have many (or any?) must sees. I was mainly interested in seeing the contrast to the resort island. Male is loud, somewhat dirty with little to no green areas. It feels conservative with not many women in the streets and those who are predominantly wear the hijab. 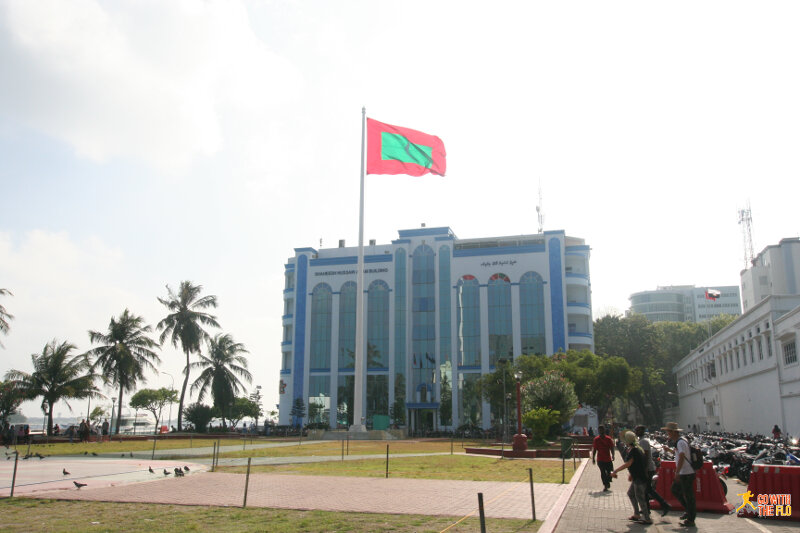 The Republic Square in Malé 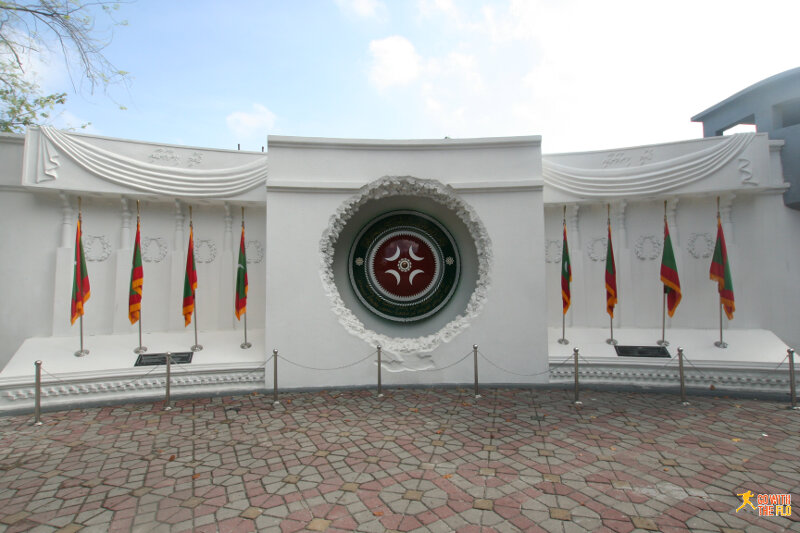 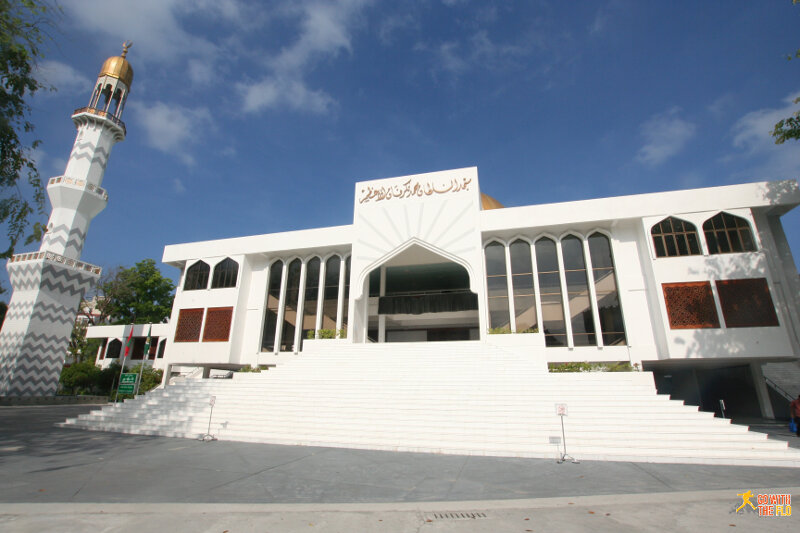 We had dinner in a very local corner eatery and while cheap, it was nothing to write home about. Besides chicken, a lot of the food is tuna based but often canned tuna. The next morning we again had ate in a local style cafeteria. The local bread roshi is quite similar to Indian roti and there are a few other types of bread I had seen before in India or Sri Lanka. But all in all an underwhelming food experience. 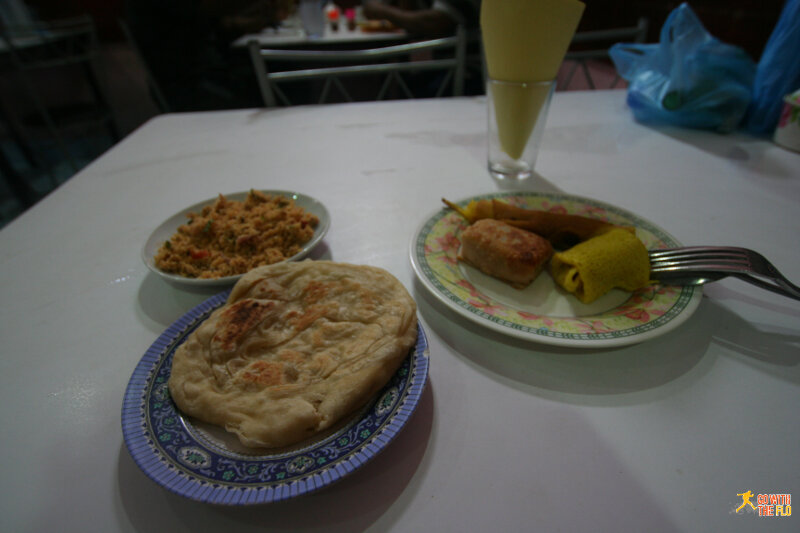 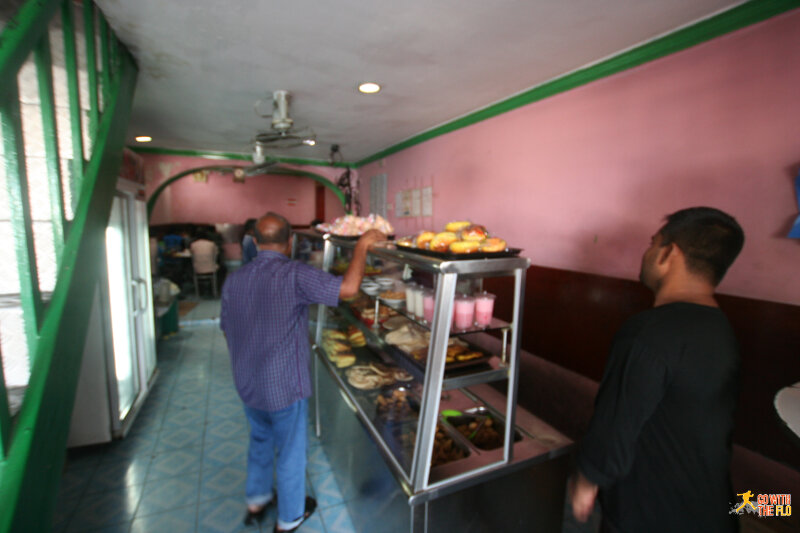 Entrance to a typical restaurant – no local women to be seen

The one thing I thought was a unique Male experience was the visit to the fish market on which I’ll have a separate post. 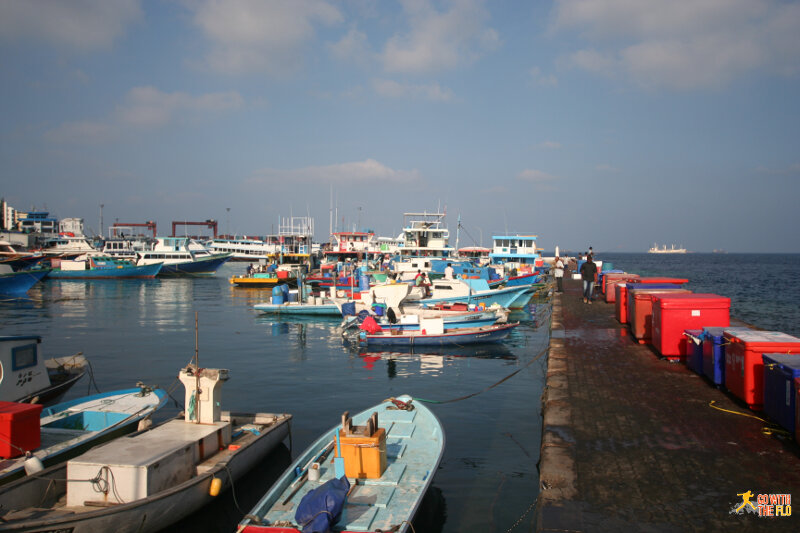 Harbor with all the fishing boats 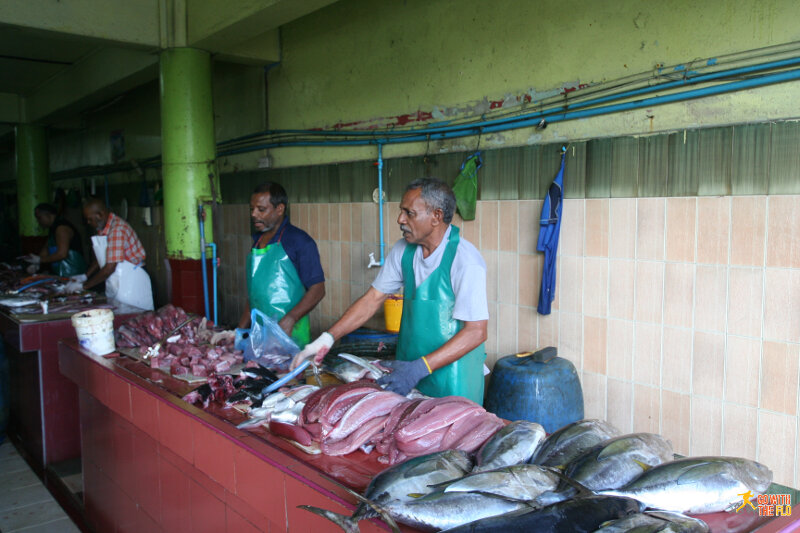 There weren’t many signs visible of politics in the street but we did see a few graffiti or posters calling for the former president to be released from prison.

Poster demanding for the former president Mohamed Nasheed to be freed 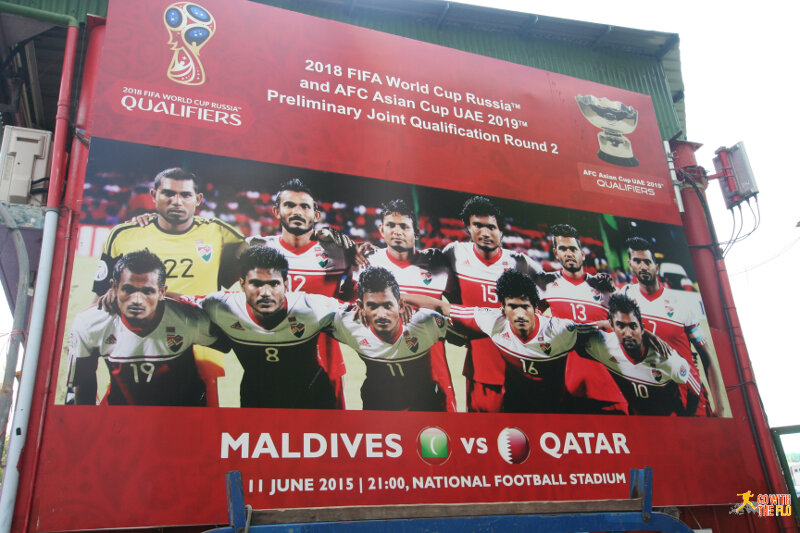 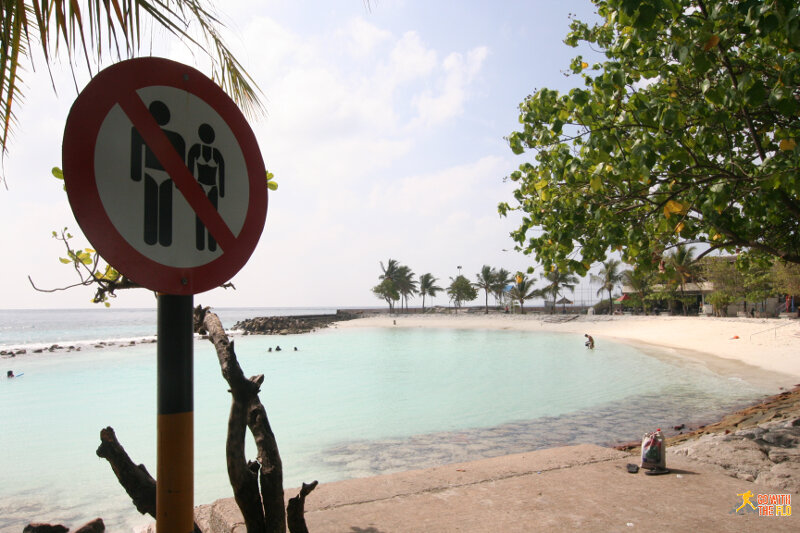 No worries about getting sunburnt at Malé’s main beach

While Malé is dry like all “local” islands, you can find alcohol-free “beer” drinks (they don’t really deserve to be called “beer” as it is more like lemonade) such as this Holsten Pomegranate flavored drink, manufactured in the Kingdom of Saudi Arabia. 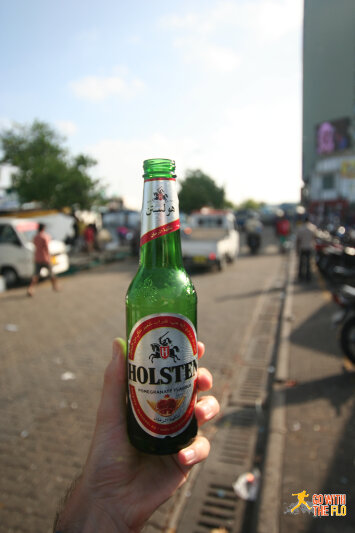 So yeah, the Maldives has two very different sides and while there are other countries that somewhat separate tourist from local life, I have never seen it the way it is done in the Maldives. I guess, being a conservative Muslim nation wanting to benefit from high-end tourism means there is not other way than to arrange it in this way. Would I recommend visitors to make an effort to see the local side? Probably not, at least not Male. But I would recommend to read up just a little bit on the background of this unique island nation before you leave for the Maldives. 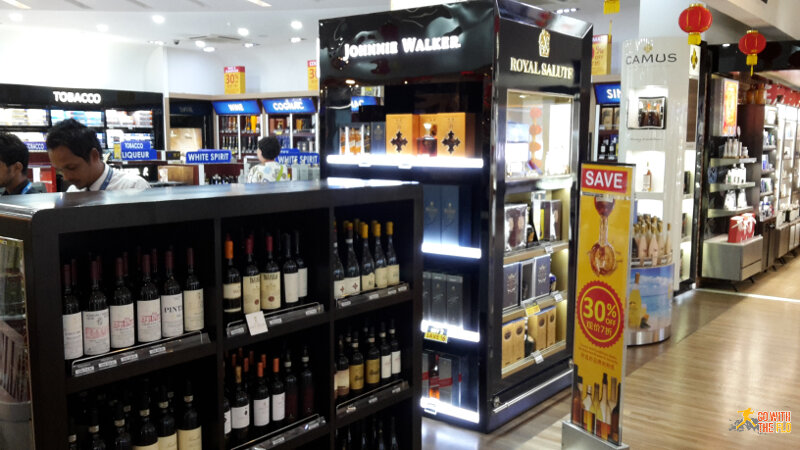 The last impression before leaving the Maldives: a fully stocked duty free shop