I am constantly on the look-out for weekend trips from Singapore. I think I’ve noted down just about all the possible destinations fulfilling the following criteria:

SilkAir has been serving Da Nang in Central Vietnam for a while, however flight times were not convenient for a weekend trip. Recently Jetstar started flying the route with perfect flight times, leave Singapore at 6.05pm and arriving back on Sunday night just before midnight (although that is a bit late for my liking). At around 2.5 hours, the flight time is also good for a quick weekend jaunt. Fares were reasonable at 230 SGD return about a month out, so not we quickly booked.

Initially the game plan was to stay at one of the beach resorts at Da Nang, as little as 15 minutes from the airport. However we eventually settled for Hoi An, a UNESCO world heritage city about 45 minutes south of Da Nang. Thanks to visa free entry, we not only saved over 30 USD compared to our last Vietnam visit, but we were also very quick through immigration and in a taxi less than half an hour after landing. We really still got to enjoy Friday night, as after dropping off our bags, we had dinner with friends in town by 9pm.

We spent Saturday exploring Hoi An, a picturesque town that used to be a major port but lost importance over the century. However, the inhabitants managed to retain the town’s charm and even today traffic is relatively relaxed – by Vietnamese standards.

Hoi An by the river

There are elements of Chinese and Japanese influence in the town’s architecture, owing to the it’s history.

An example of the Japanese history is a covered bridge dating back to the 16th century. It was constructed back then to link the Japanese part of town with the Chinese.

The Chinese came from different parts of China to Hoi An. Communities stuck together and life evolved around the communal centres such as that of the Cantonese community: 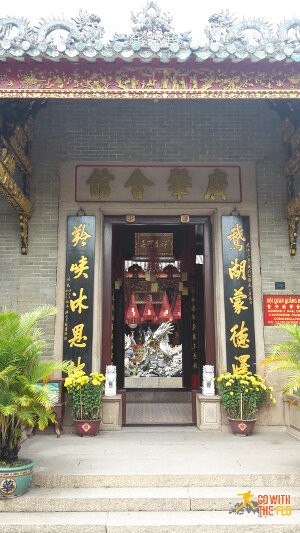 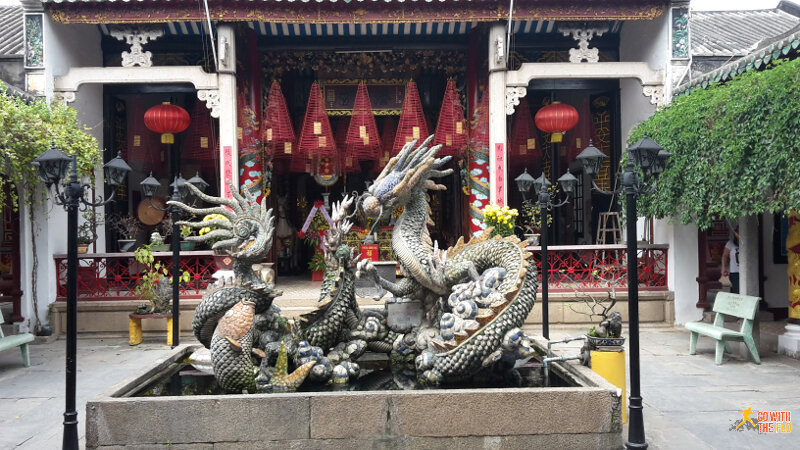 Inside the Cantonese Congregation Centre

In the “backyard” of the Cantonese Congregation Centre

or the Fujian Chinese Congregation:

You can easily spend a few hours walking the streets. While the centre does still look very authentic, tourism has taken over. There are masses of tourists and practically every shop is geared towards foreigners visiting. I didn’t find it too disturbing though for some reason. I guess the atmosphere just makes up for it.

Enjoying a cheap and tasty lunch

While there is not really any nightlife and the town seems to close down around 10pm, the hours after sunset are somewhat magical. All of the town, lamps are illuminated and make for a very special setting: 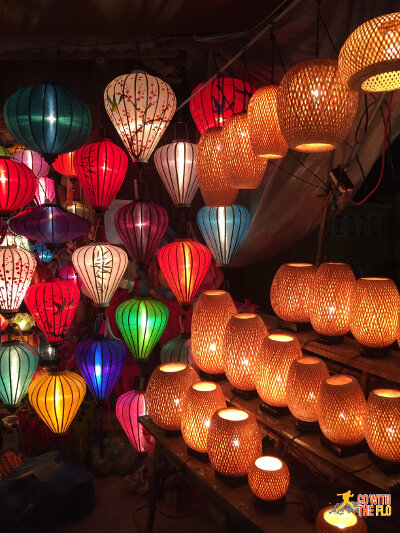 On Sunday we rented some bicycles to tour around the area. We headed out to Van Duc Pagoda and on the way there experienced a very different part of Hoi An. Quiet villages and rice paddies. 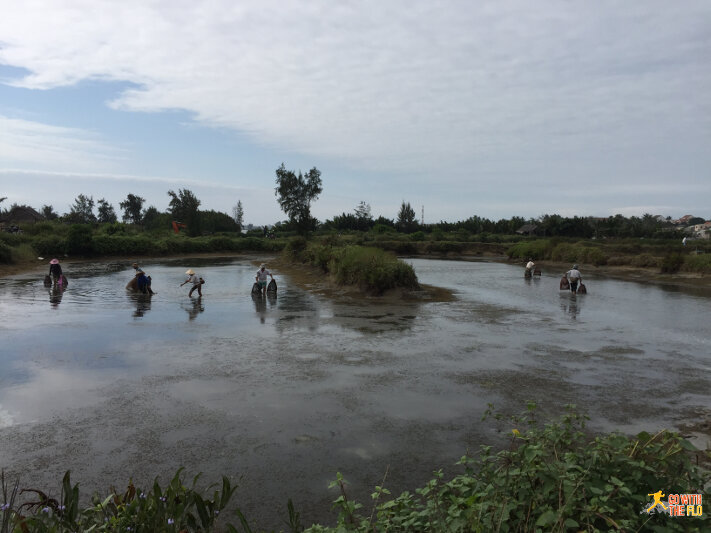 Rice paddies just outside Hoi An 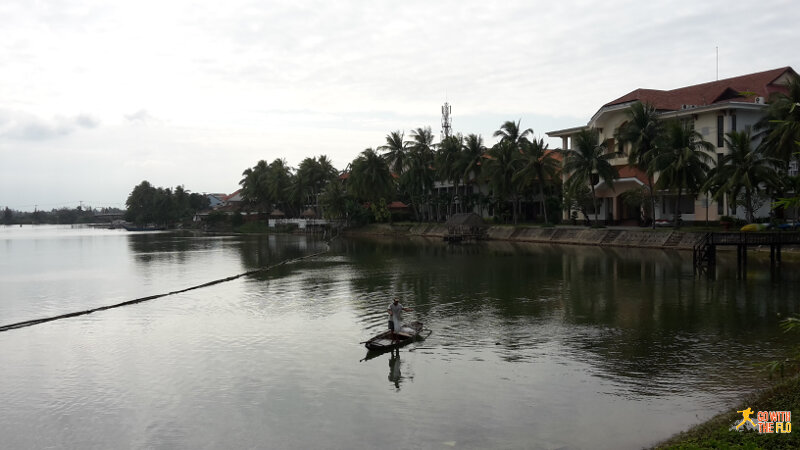 View from our hotel

The return flight leaves at 8.15pm, so we were able to enjoy Hoi An until we left for the airport around 5.30pm. The return was just as hassle free and I must say that this now ranks as one of my favorite weekend getaways.