I made it to Osh a few days earlier than I expected. My flight isn’t for another couple of days and Osh is not that exciting to just hang out there. Talking to other travelers and consulting the guidebook, I decided to drive up to Arslandbob, about four hours from Osh. It is a quaint little village at about 1’600 meters with a mountain backdrop that reminded me of Switzerland. 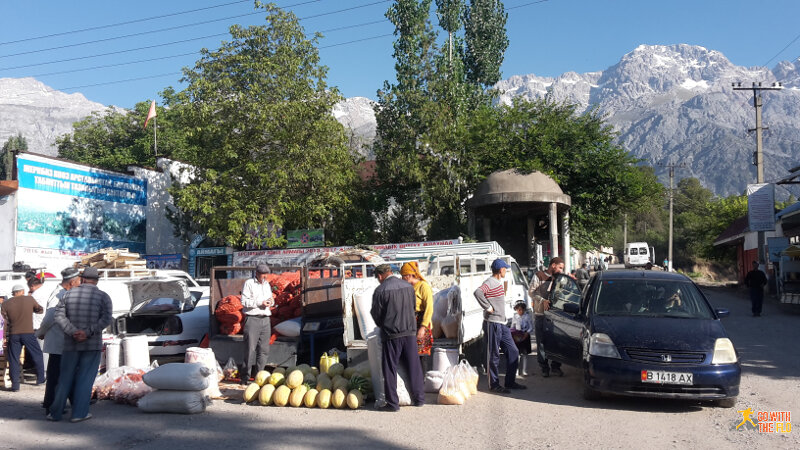 The village is predominantly of Uzbek ethnicity and probably the most conservative I have seen in the region.

About 16 years ago with the help of Helvetas, the organization Community Based Tourism (CBT) was set up in Kyrgyzstan with the aim of linking up tourists with locals. The office in Arslanbob is particularly active and has managed to go from 32 tourists a year to 3’000. Still low numbers but they are getting there. As of lately they have also been trying to develop rock climbing as well as winter sports.

Arriving in Arslanbob, I went to the CBT office to book accomodation. They have nearly 20 guest houses and a quick call later I was booked into “Guest House Nazira”. A short walk from town, I was welcomed by Nazira (a grandmother) and her daughters and granddaughters (no men around as around 30% of Arslanbob’s male population works in Russia… side note: the Russian Ruble has lost significant value to the Kyrgyzstani Som recently). It was a simple but charming guest house with two rooms. I met another traveler there and we went back to the CBT office to organize horseback riding for the following day. 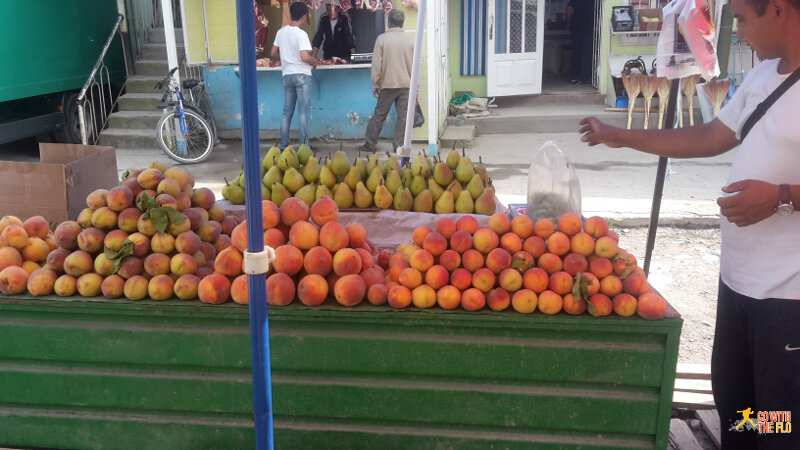 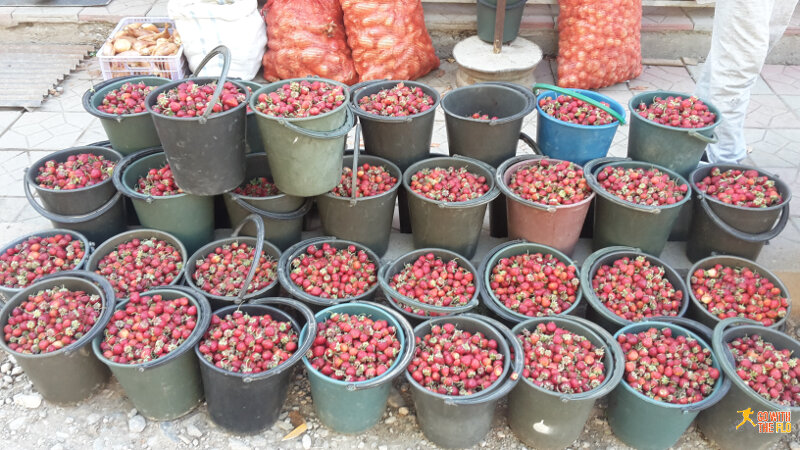 I had read in the guide book that the CBT office tends to over-staff the trips slightly, so I wasn’t surprised to be greeted by a tour guide and two “fixers” taking care of the horses (we were a group of four tourists). Later we were joined by a lunch cooking team of four. But I’m not complaining as the tour was still very good value at KGS1’900 per person (SGD38). 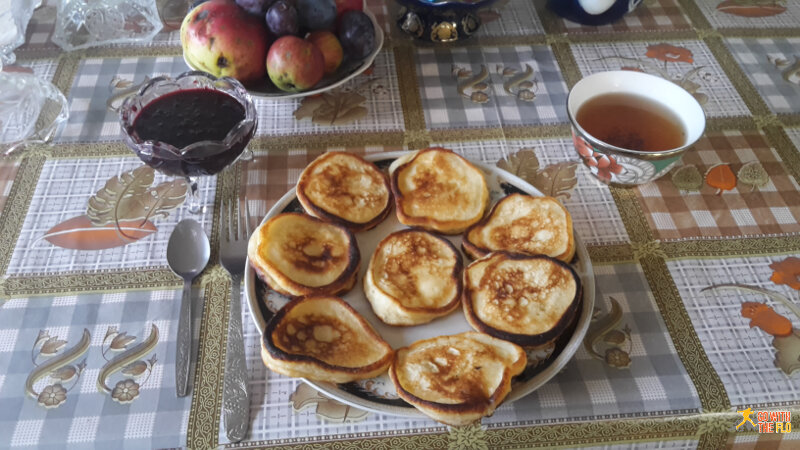 We rode around the region to a small waterfall, a panorama lookout point, the world’s largest walnut forest and the big waterfall. 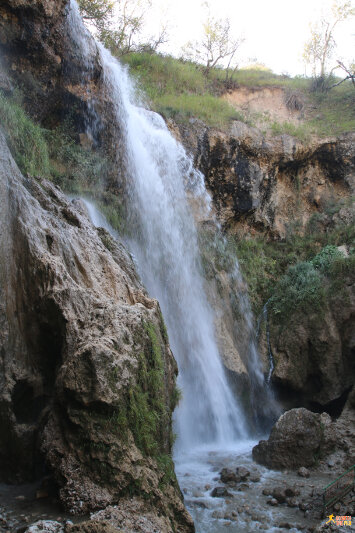 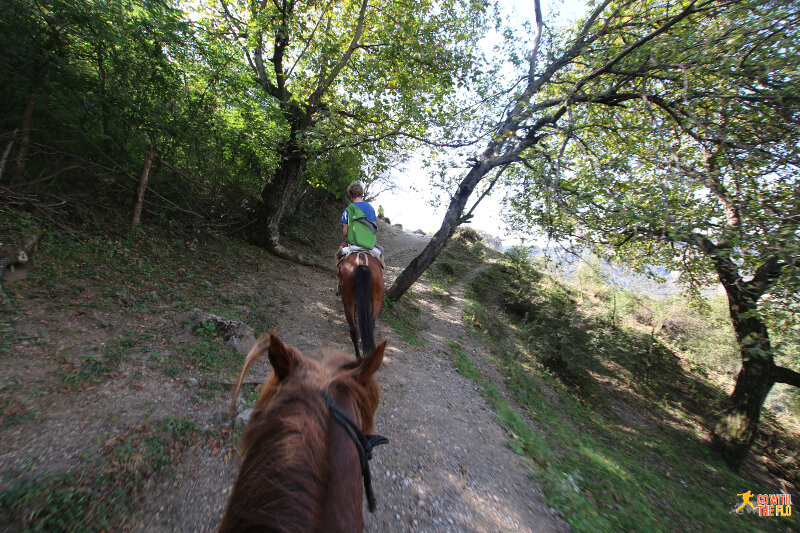 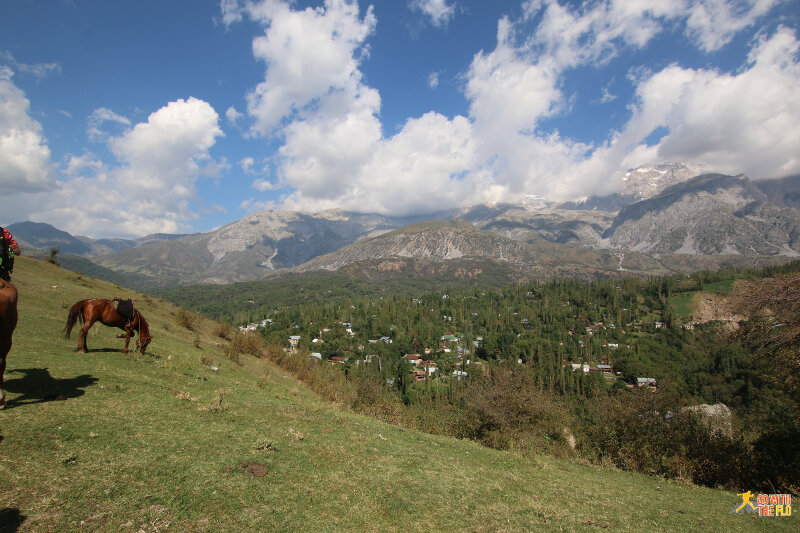 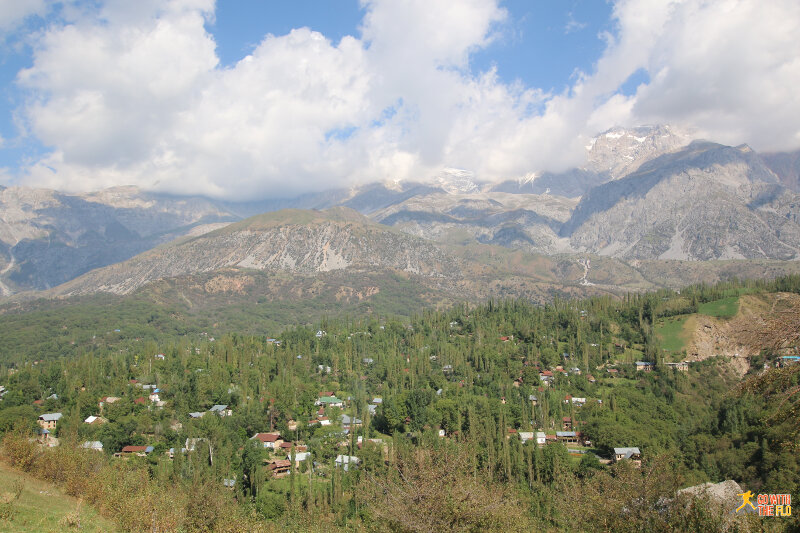 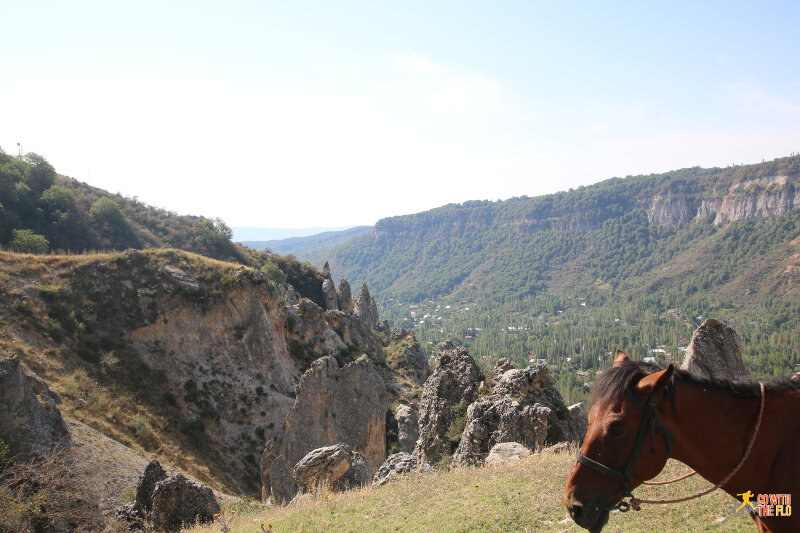 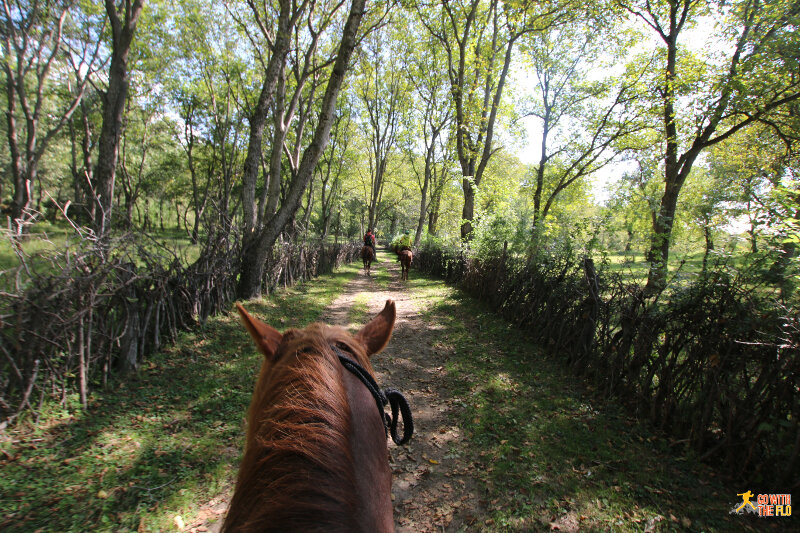 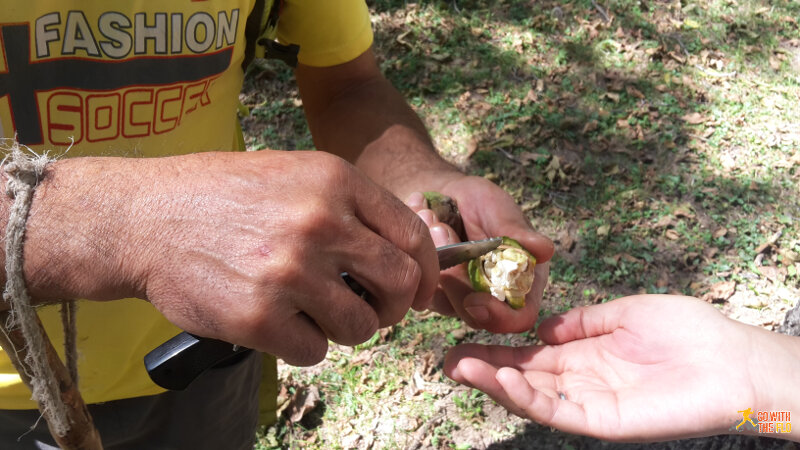 Walnuts – not quiet ready yet. The harvesting season is in late September/early October 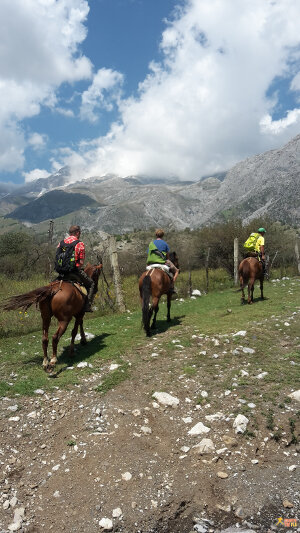 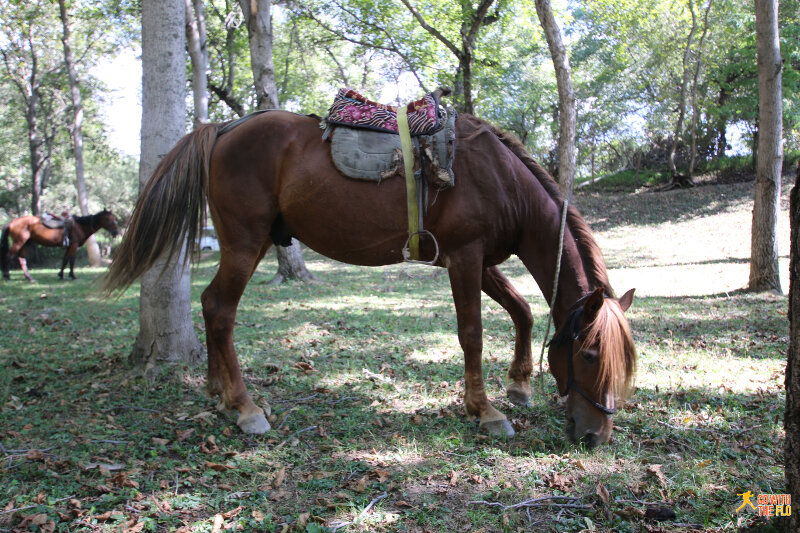 My ride. It was a bit underpowered. I think it had less than 1HP. 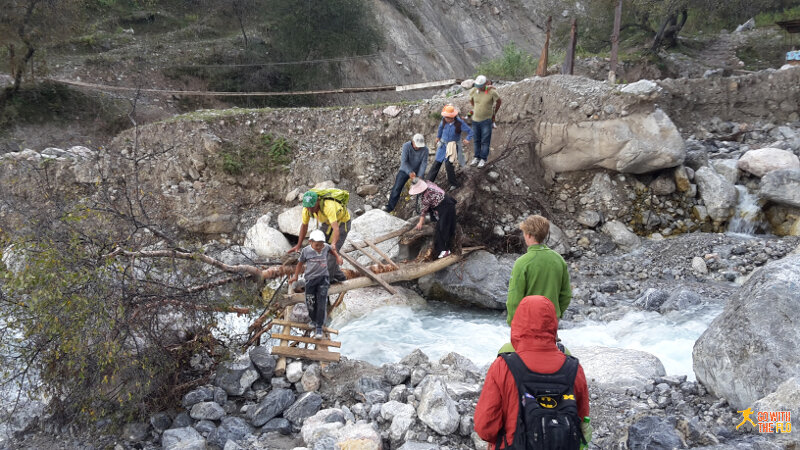 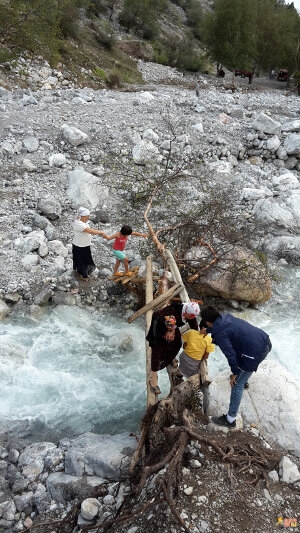 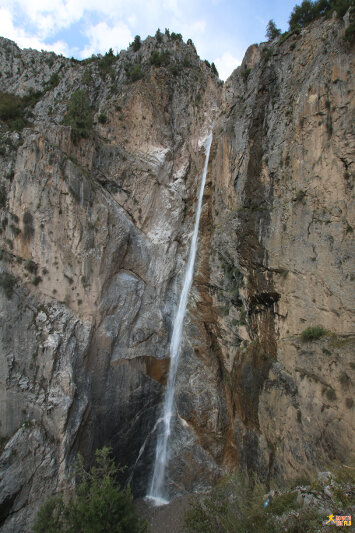 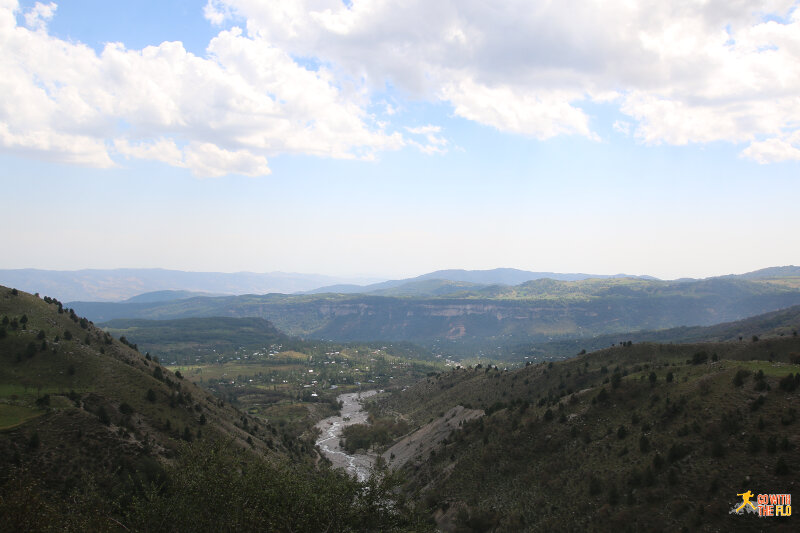 View down the valley from the big waterfall 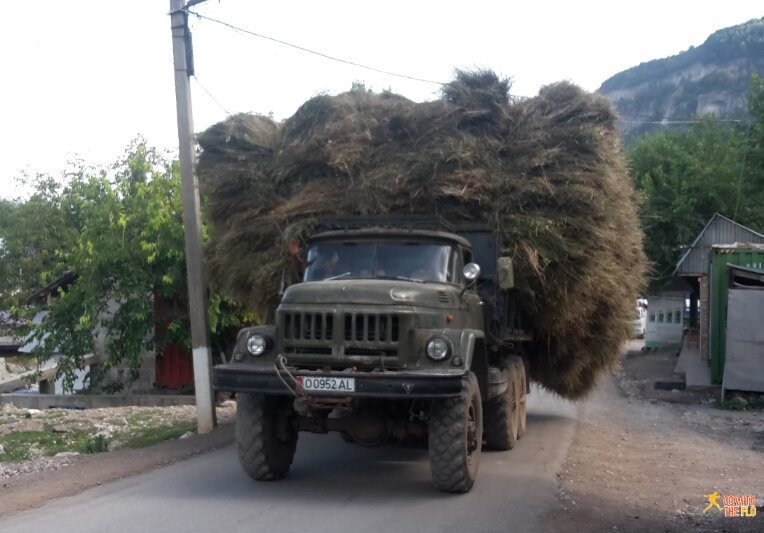 Slightly overloaded truck on the way back to Arslanbob

We were back in town after nice trip at around 4pm. The first night dinner at Nazira’s was not that exciting so we wanted to grab so food in town the second night. Epic fail. Everything was closed. We ended up eating raw tomatoes and cucumbers in our guest house.

After two relaxing days in Arslanbob I made my way back to Osh for a last day before flying back.