Bukhara to Samarkand with Uzbekistan Railways

The next leg of my trip would take me from Bukhara to Samarkand. Since this is also part of Uzbekistan’s Railways network, I was happy to give them a try since at least trains don’t have to deal with bad roads.

I tried to buy a ticket a day in advance but was turned away since you need your passport for just about everything in Uzbekistan and I had left mine in the hotel. Oh well, so I just showed up the next morning and bought a ticket there. For 49’000 UZS (~10 SGD) I got a seat in what they call business class, but essentially was equivalent to European second class. 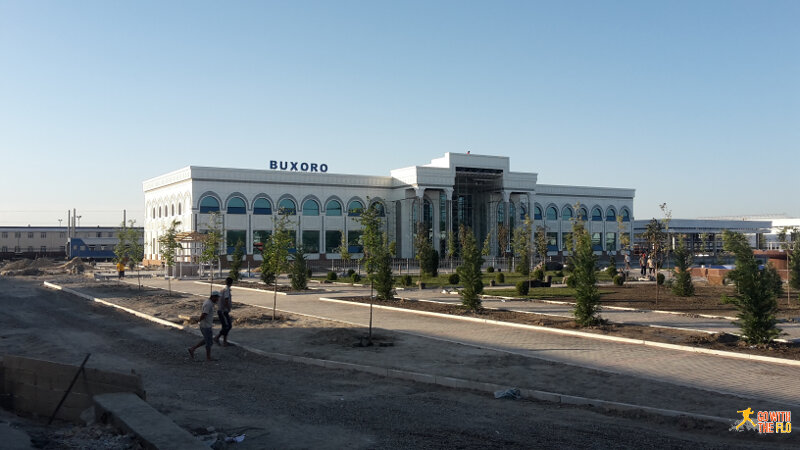 Bukhara train station (a 20mins drive outside the city)

Since Uzbekistan likes police checks, all passengers have to go through airport style security screening before boarding. 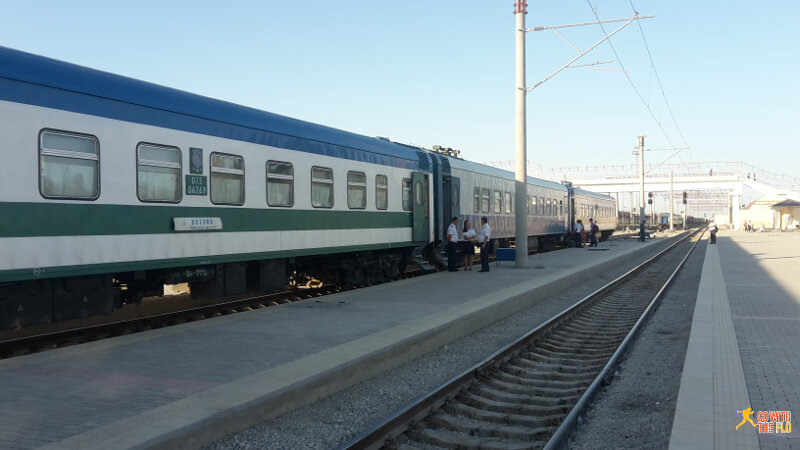 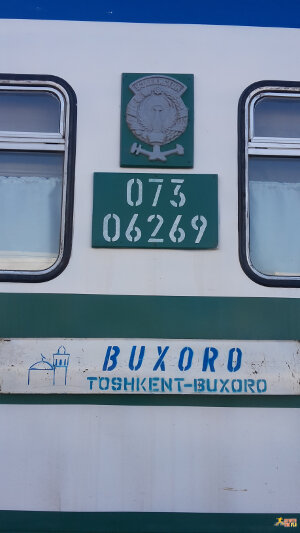 I was assigned a compartment seating six. The first hour (of what was supposed to be a three hours trip) was enjoyable. My seatmate was from Bukhara but had studied in Munich. He was on his way to Tashkent to apply for a student Schengen visa at the Latvian embassy with no intention of studying there but instead going back to Munich. Not sure whether that’s how the Schengen visa are intended. He was also an expert on Swiss 1. Liga soccer (third highest league) since he frequently bets on the first goal of the game being scored in the first half. Apparently, this happens in four out of five games.

But eventually we stopped for 45mins. And again. And again. Apparently due to the construction of new tracks for Uzbekistan’s Spanish-built high speed train. Whenever we stopped, the air-conditioning turned off, which wasn’t great considering it was 37 degrees outside. On top of that, every compartment had several young children and not before long the crying started. 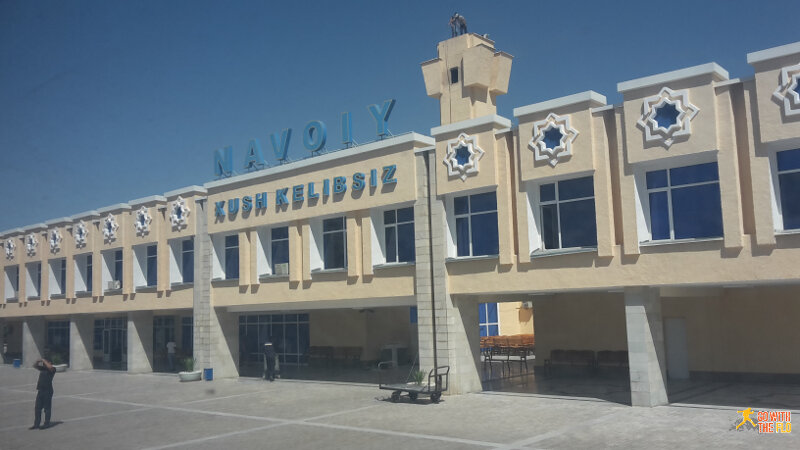 The only stop between Bukhara and Samarkand: Navoi 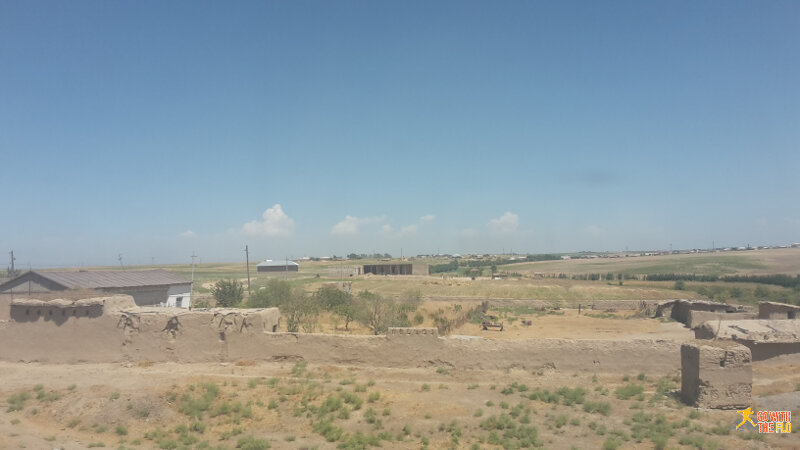 We eventually made it to Samarkand shortly after 2pm instead of 11am. Soon everything should be fine as the high-speed train is supposed to operate to Bukhara by the end of 2016. 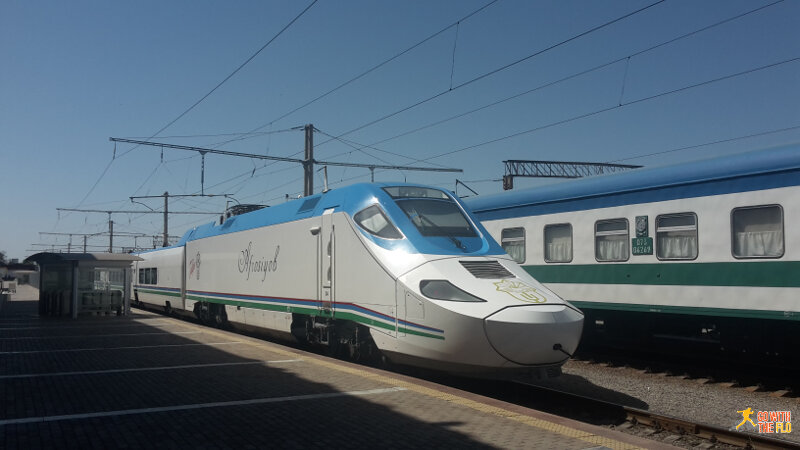 In Samarkand I was kindly greeted by the local taxi mafia and I kindly declined their generous offers. Half a block down the road, I was able to get a ride for a reasonable fare.