A 12 hours layover in New Delhi

While layovers are definitely undesirable, if they are long enough they potentially allow you to visit an additional city for free. A while ago I flew on Air India from Europe via New Delhi to Singapore and had a twelve hours layover. I arrived in the morning and my connecting flight wasn’t until 11pm, so I had plenty of time to head downtown. Immigration was quick and I was landside within 20mins from landing.

I hadn’t been to New Delhi since 2008. Back then it was my last destination on a longer trip and I have very fond memories. We stayed with a very friendly elderly man (friend of friends) who made sure we had a great time.

Getting downtown is a lot easier today than it was eight years ago. The metro extends to Indira Gandhi International airport and gets you to New Delhi Railway Station in around 20mins for 60 Rupees (S$1.20). The trains are the same as they use in Hong Kong and are very comfortable. The train doesn’t seem to be doing too well as they have just decreased the fares. 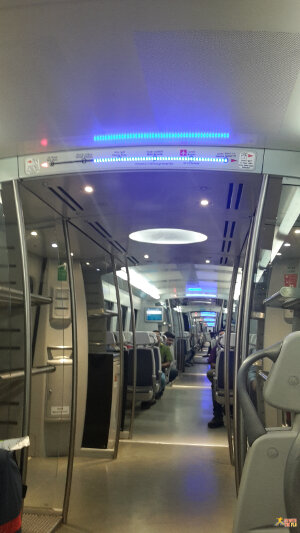 From New Delhi Railway Station I took the metro a couple of stops north to Vidhan Sabha and from there a cycle rickshaw to my first destination: Majnu Ka Tilla, a Tibetan Refugee Colony. Most of the inhabitants are second generation Tibetan whose parents settled in India shortly after the 1959 Tibetan uprising. Nowadays it is a popular spot for backpackers. 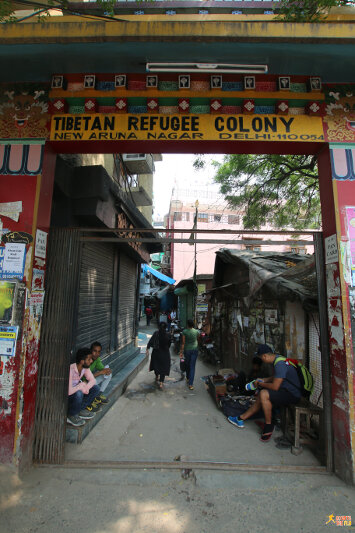 I wandered around the narrow alleys for a while and had lunch (which was nothing to write home about). 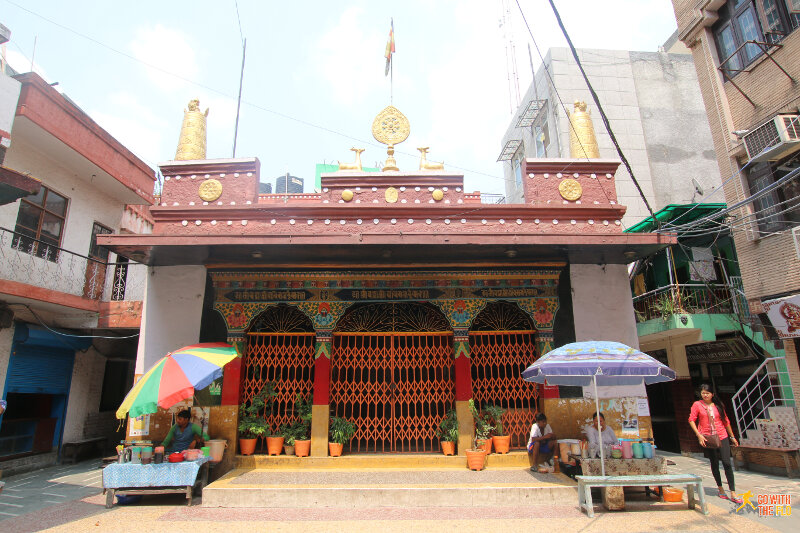 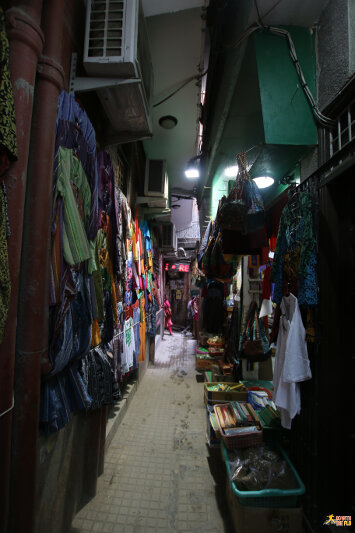 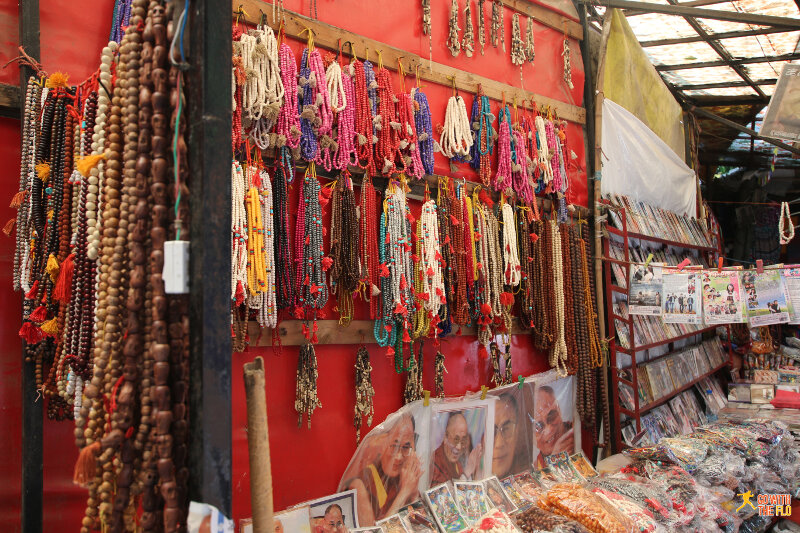 It reminded me of the Tibetan settlements and schools I saw in Karnataka eight years earlier where over 70’000 Tibetans live nowadays. 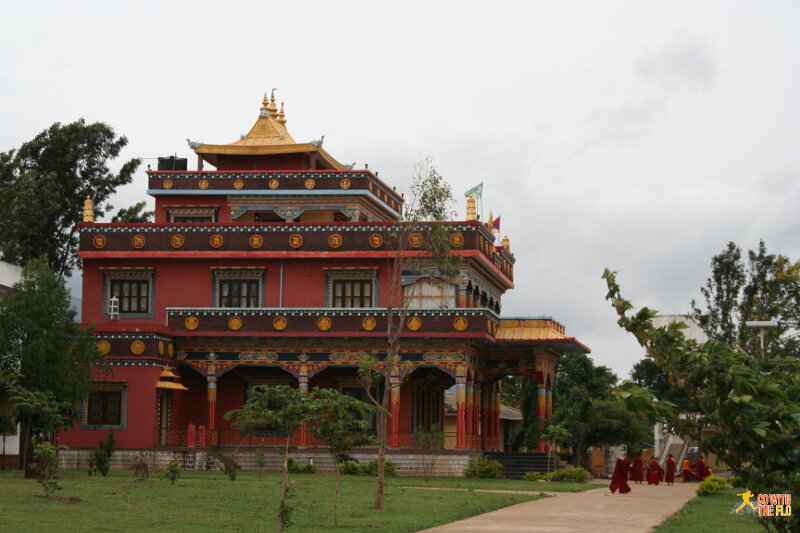 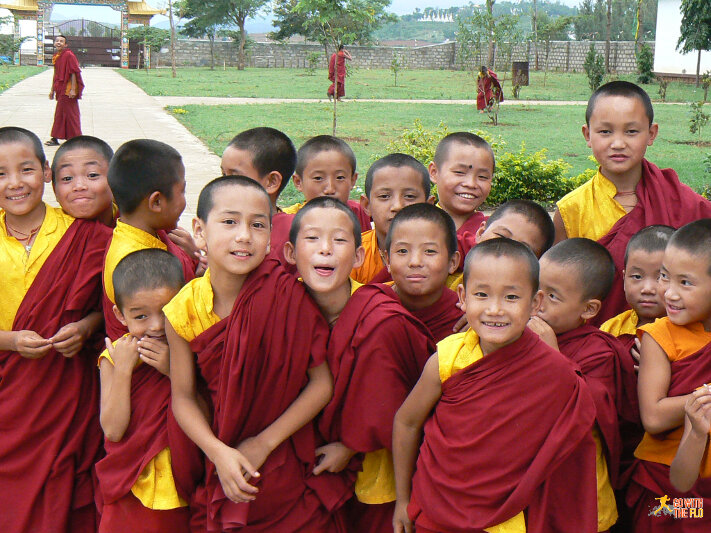 From Little Tibet I took an auto-rickshaw to the nearby Red Fort, the former residence of the Mughal Emperor and later turned military cantonment. Nowadays it is a UNESCO World Heritage site and accessible for the public. 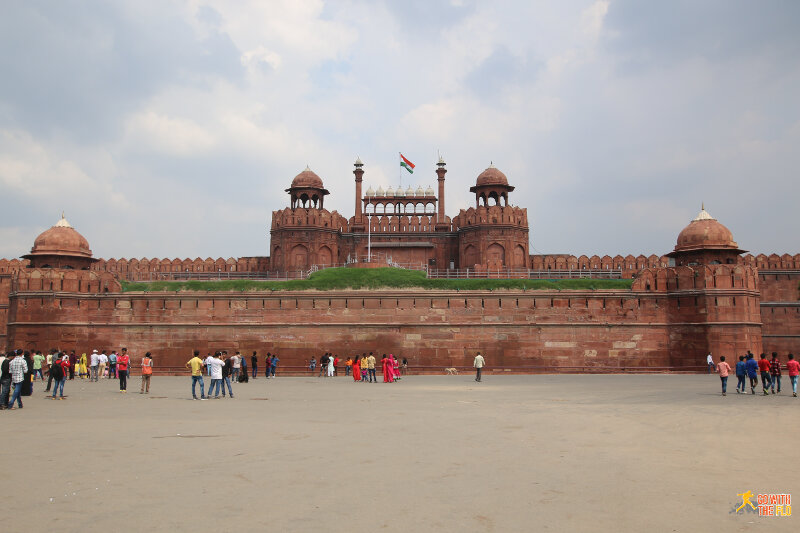 I did remember that India charges tourists massively more than its citizens but I had forgotten just how much more. Locals pay 35 Rupees (S$0.70), foreigners 500 Rupees (S$10.20) – 14x more. 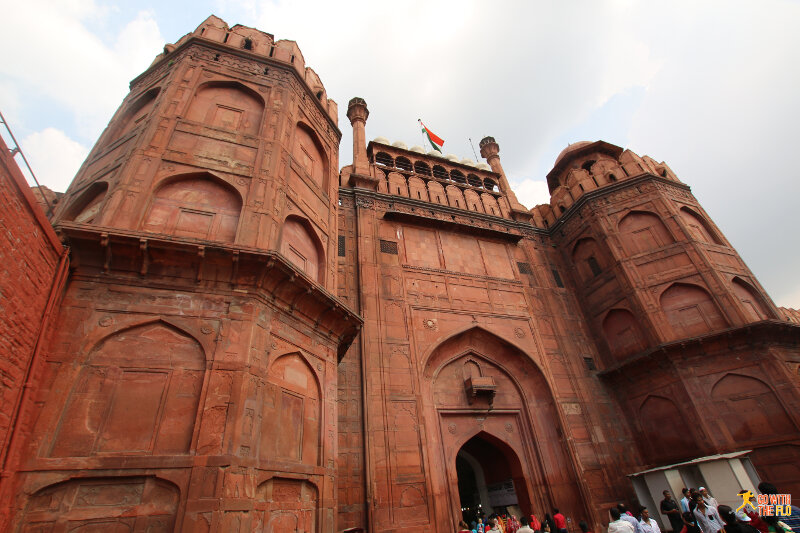 The main entrance, the Lahori Gate 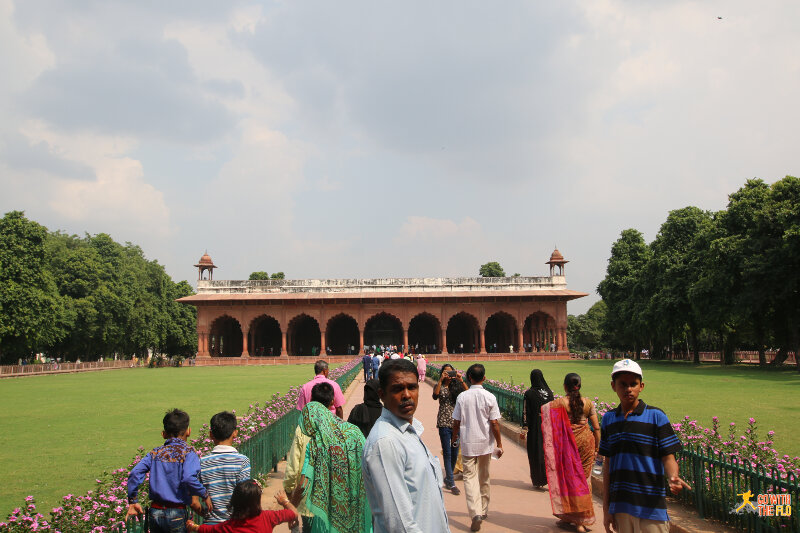 The Diwan-i-Am (Hall of Audience) 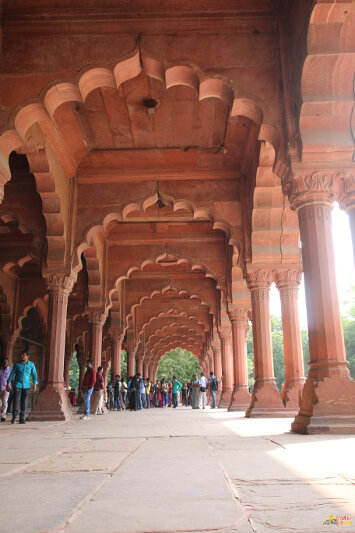 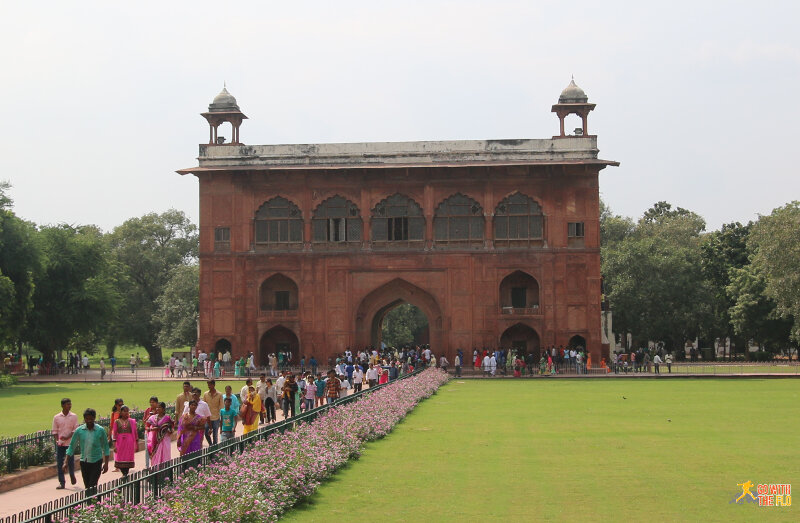 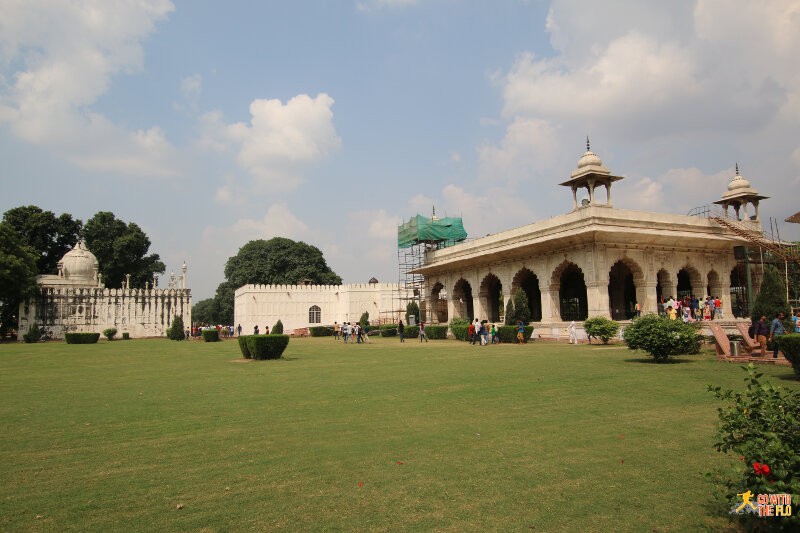 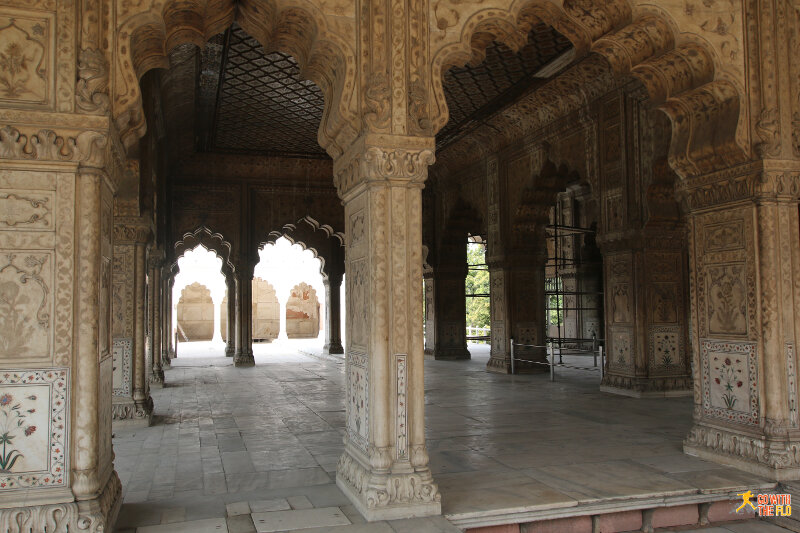 Inside Divan-i-Khas (Hall of Private Audiences) 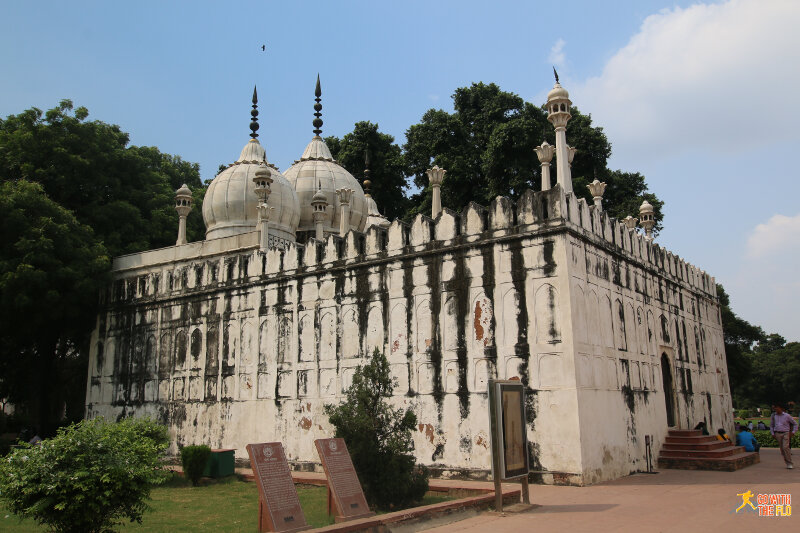 The sun was burning and I was starting to get exhausted. I left the Red Fort and wanted to explore Old Delhi’s bazaars for a while. But I didn’t last very long. Still tired from the little sleep I got the previous night, I gave up after about half an hour and headed back to the airport. 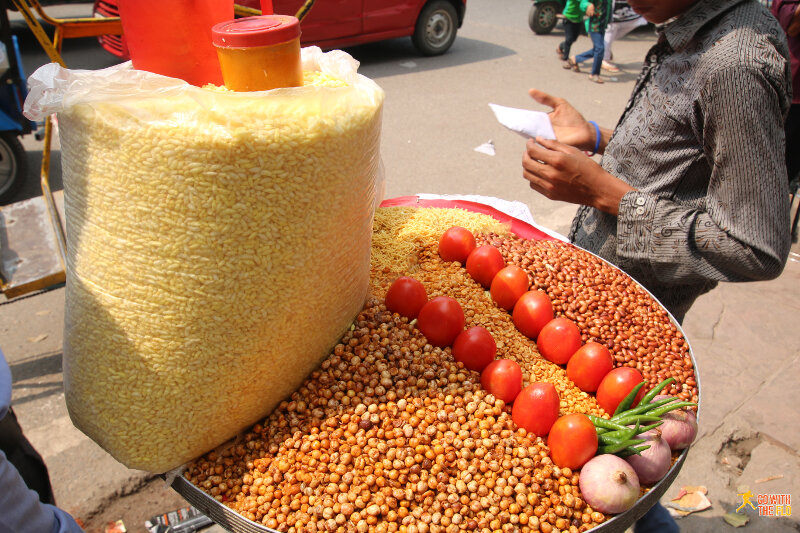 Street snacks outside the Red Fort 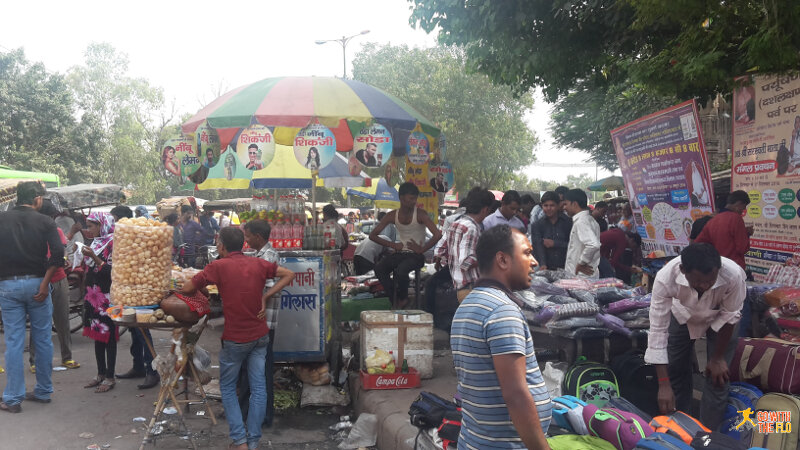 Outside the Red Fort 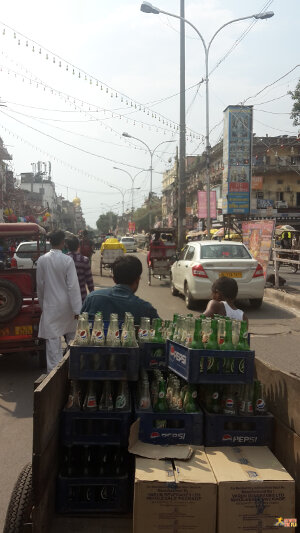 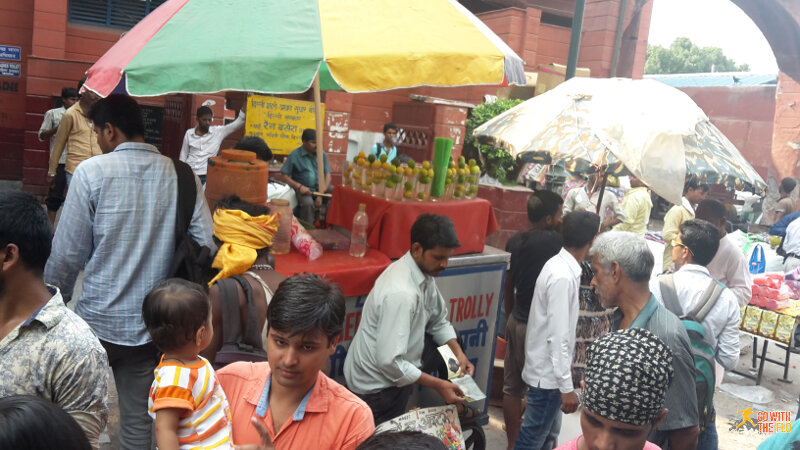 I find bazaars in Delhi absolutely fascinating although very exhausting. Imagine you’re in a supermarket walking down an aisle with products on the shelf. It is similar in Delhi except that there are salesmen holding each individual product in front of you. You don’t go to the products, the products come to you. “no thanks, I don’t need any clothes pin right now”. “thanks, I’ve already got a garlic press”. 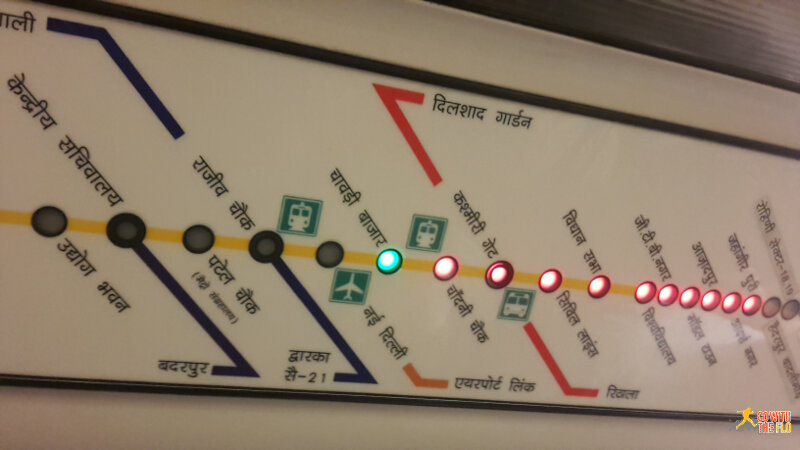 The ride back to the airport was very smooth again. Air India and Jet Airways even offer check-in at the metro station. Once back at the airport things got a bit more complicated. They only let you inside the terminal around five hours before departure and the same goes for check-in. No idea why and certainly not very passenger friendly for an airport that likes to call itself “World’s best Airport for 25-40 Million Passengers” (but then again who isn’t best airport nowadays with some many awards around).

While not relaxing, I did enjoy the chance to visit Delhi again as part of a “free” layover. The metro link make a visit much more hassle free and predictable without having to worry about traffic. On top of that with the recently introduced electronic visa (I paid USD49), you don’t have to bring your passport to an embassy anymore.