Thailand during the mourning period

Thailand’s King Bhumibol Adulyadej died on October 13, 2016 after being the country’s king for over 70 years (making him the world’s longest serving head of state). He was extremely popular among Thai people and many don’t remember the time before him. The King had been in hospital for a while but his death still came as a shock as it all of a sudden became real that he no longer would be around to re-conciliate differences in his country. 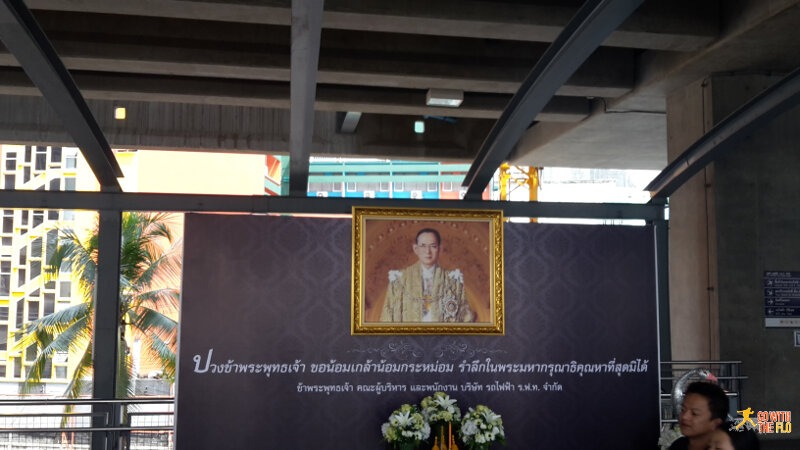 The country’s military leadership declared a one year mourning period. Especially during the first month no celebrations whatsoever should be held. People started wearing black and white to express their mourning.

I had a stay planned in Bangkok, Chiang Mai and Phuket just a few days later. While tourism would definitely be impacted, there wasn’t really a reason for me to cancel the trip. Western media reported about how tourists complained that the mourning period has spoilt their vacation, but I didn’t really expect it to impact me much.

Upon landing at Bangkok’s Suvarnabhumi Airport, I immediately saw how advertising on screens has been replaced by images commemorating the king. TV channels would show movies commemorating the King. People wore black and white, nearly without exception. 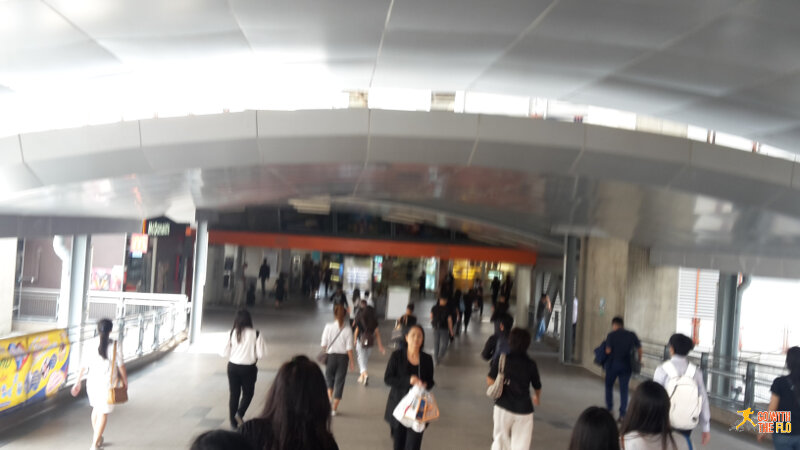 Everyone wearing black and white

I went to one of my favorite parts of Bangkok, the markets along Yaowarat and Phahurat Road. Where you can usually buy clothes and jewelry in all kinds of color, almost everything was available in black and white only. Considering this was just a bit over a week after the passing of the King, some shops were supposedly prepared. 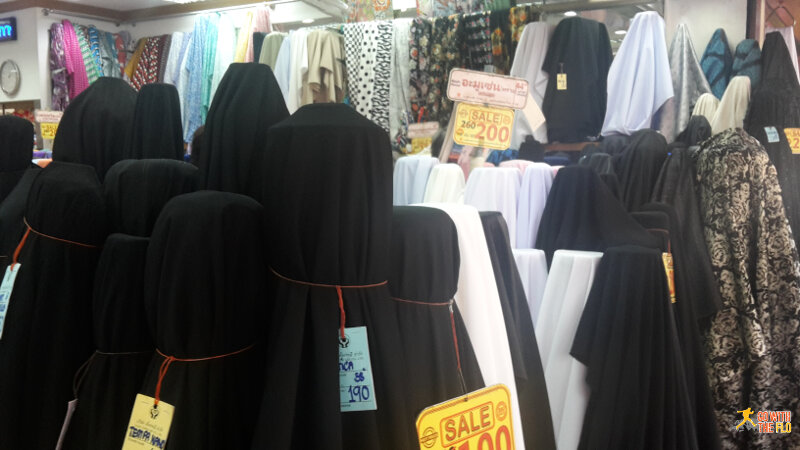 Clothes at a market in Yaowarat Road 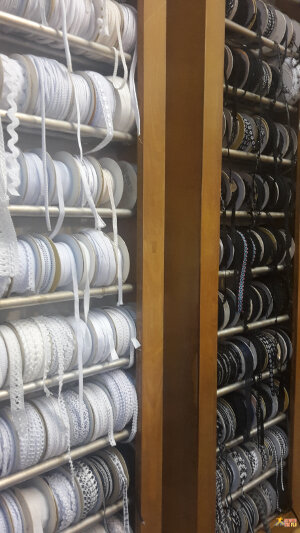 Merchandise in a market in Yaowarat Road 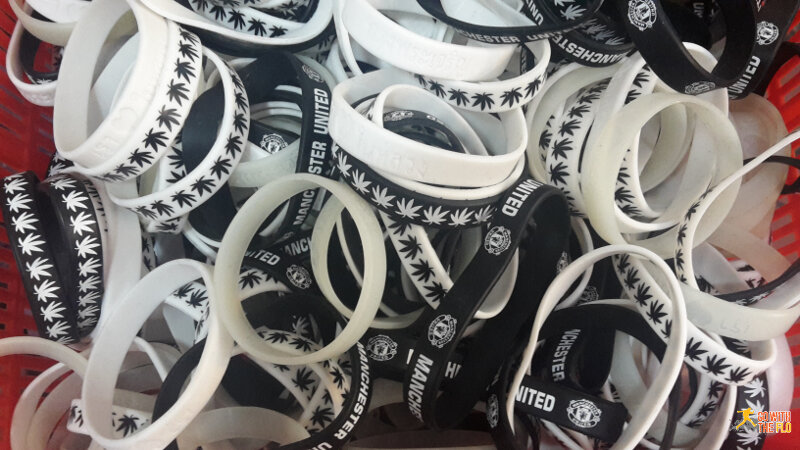 Most importantly, it has to be black and white… everything else seems to be secondary.

Further in the backstreets, I walked past warehouses full of black and white cloth. Business seems to be going well there. My Thai friends all said that they need to buy new clothes as nobody has enough black and white stuff to last for a year. 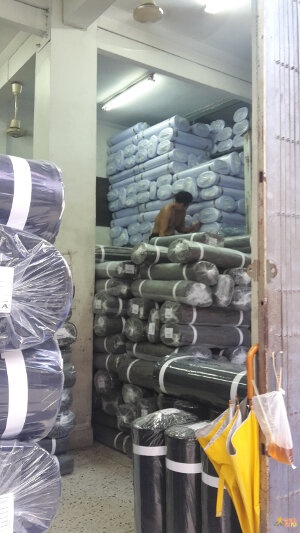 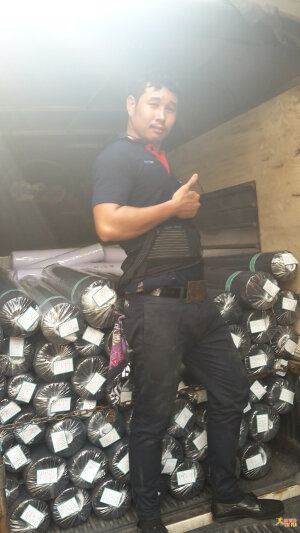 I asked him how business is going. There was a language barrier but I think overall its going ok.

Even shops like 7-Eleven would display a notice on their cashier systems: 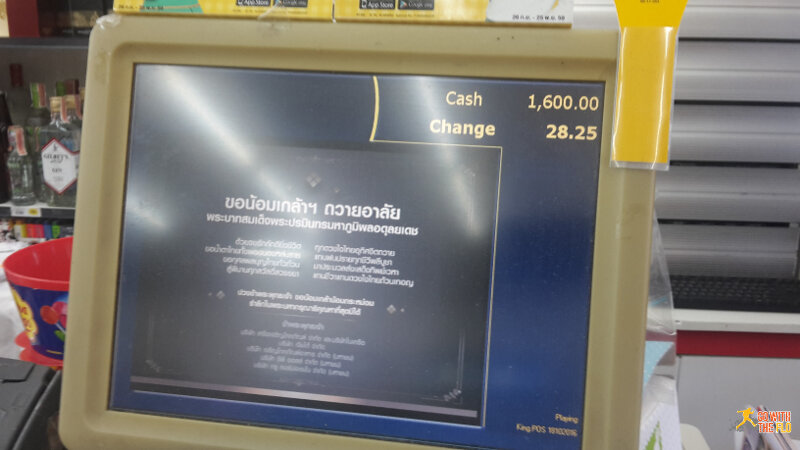 At the cashier at a 7-Eleven

Every larger business or public institution would display a large poster of the King outside its premises: 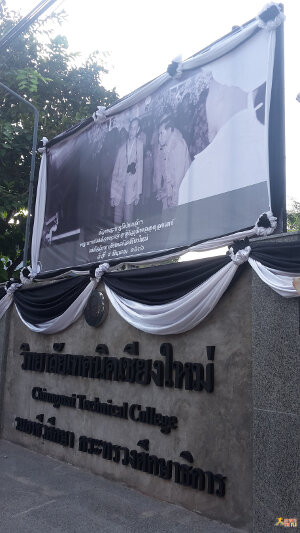 Outside a school in Chiang Mai 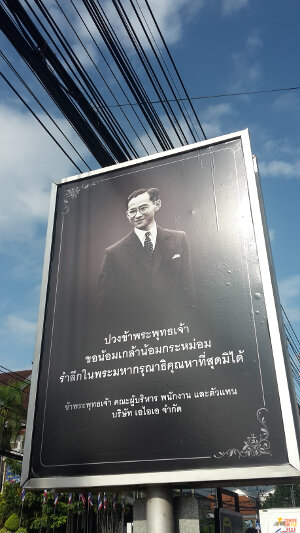 In all airports I traveled through, travelers were given the chance to write their thoughts and prayers in a book: 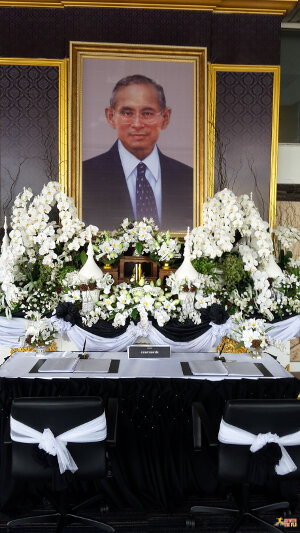 While I personally wasn’t affected in my vacation, if you are going there for partying, you will most likely feel the impact. There is little to no live music and most clubs are more or less closed. Don’t worry, you will be able to find a bar that serves drinks but the whole atmosphere will not be as lively as it usually is. I would think this will change back to normal after a month or so – after all, some parts of Thailand are heavily dependent on tourism for their economy and the high season is around the corner. 70 years ago when the previous King died, this wasn’t yet the case.