Chengdu: Gateway to the Panda

Our first stop on our trip was Chengdu, capital of the Sichuan province, known for its spicy food and pandas. And if it wasn’t for the pandas, we probably would not have stopped here. But once we decided to visit, we started looking into what the city has to offer and were pleasantly surprised.

The arrival wasn’t without a little bit of drama. Since we stayed for just 40 hours in the country and continued straight on to Thailand, we could benefit from the Transit without Visa (TWOV) scheme and save the hassle (and money!) of getting a Chinese tourist visa. Upon departure in Amsterdam, our documents were checked and we were allowed to board without issues. However at immigration, we were motioned to step aside and wait. And wait. And then wait some more. Eventually, a senior immigration officer came over to take photos of our passports and send them via WeChat somewhere else. Soon after, an airline rep appeared and he was frightened. Apparently the origin station had not reported our TWOV arrival, so he had not prepared the necessary paperwork (which was new to me). He said the officials were discussing whether to reject our entry. Some discussion ensued and we were asked about the purpose of every United Arab Emirates stamp in our passport (the only stamps with arabic characters). Eventually it was decided we were not a threat and granted our TWOV. Yay!

With immigration behind us, cash and hotel directions in hand, we took a taxi for the roughly half hour drive to our hotel in the city center.

We opted for a locally themed hotel as opposed to one of the countless new business hotels. 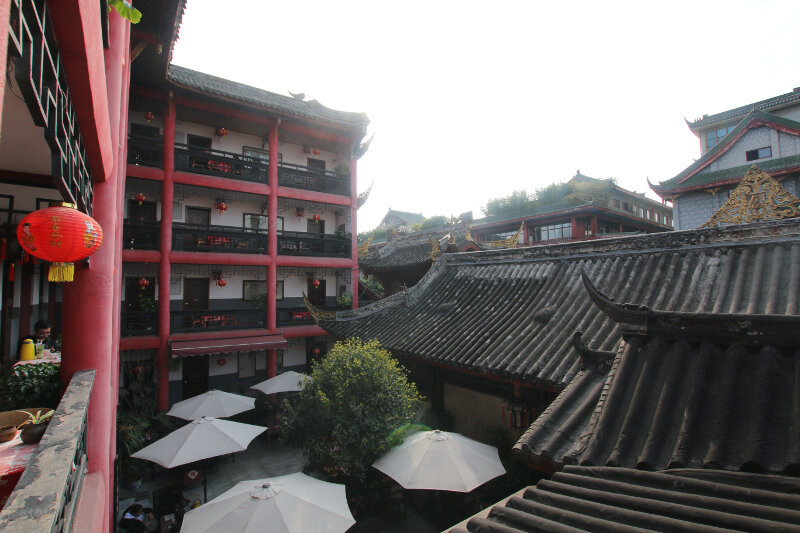 Over the next 1.5 days we got to experience the city a little bit, but I am not sure how much more there is to explore in this 15 million inhabitants city.

Fruit at a market near Xipu Railway Station

As with most Chinese cities, the likes of Mobike and other shared bike providers have taken over

We started out at People’s Park where everyone was out and about, celebrating the start of the weekend. Adding to the jovial mood was the fact that the sun was shining and temperatures had reached a comfortable 20 degrees. Some women were even out looking for husbands for their sons in the “Dating Corner”. 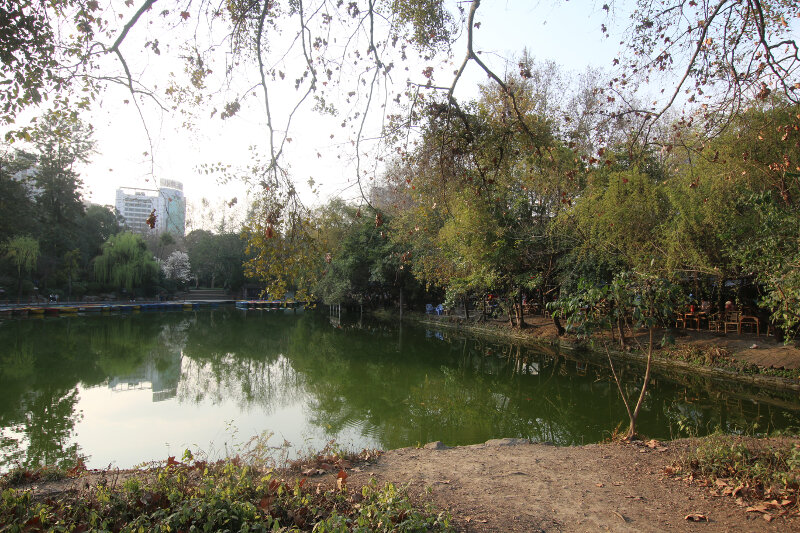 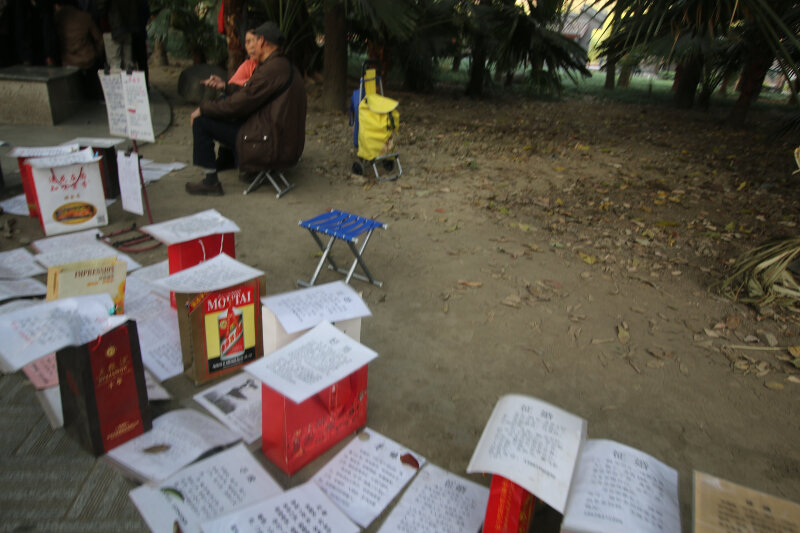 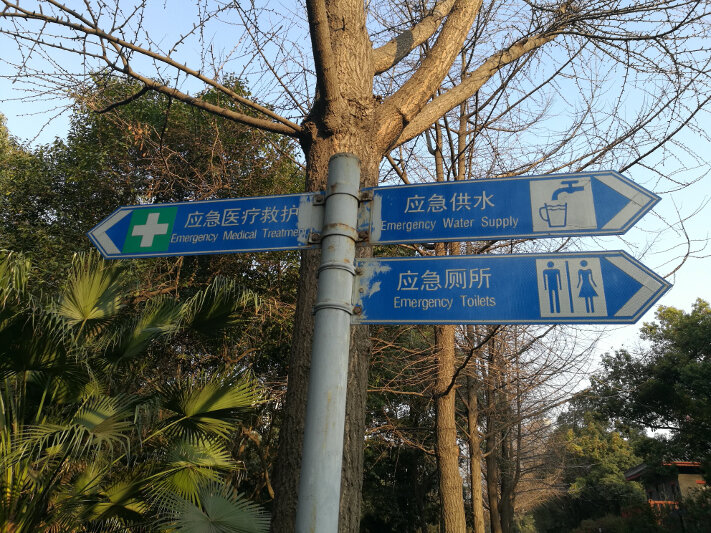 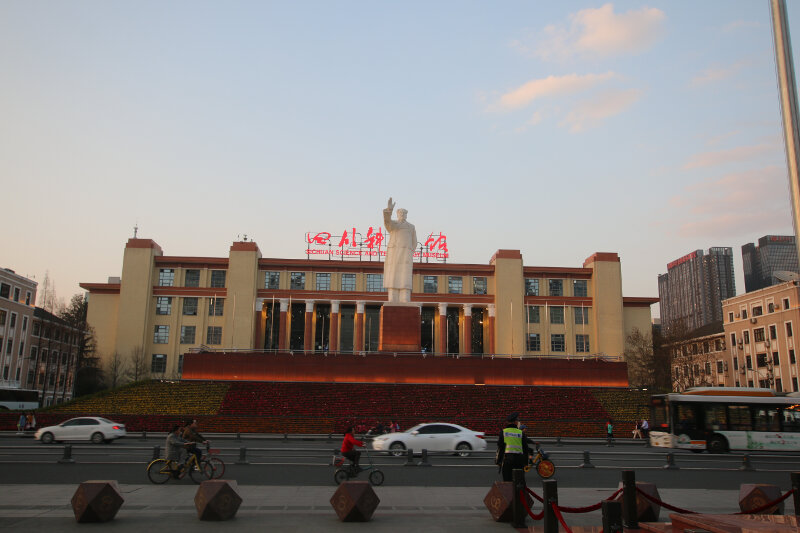 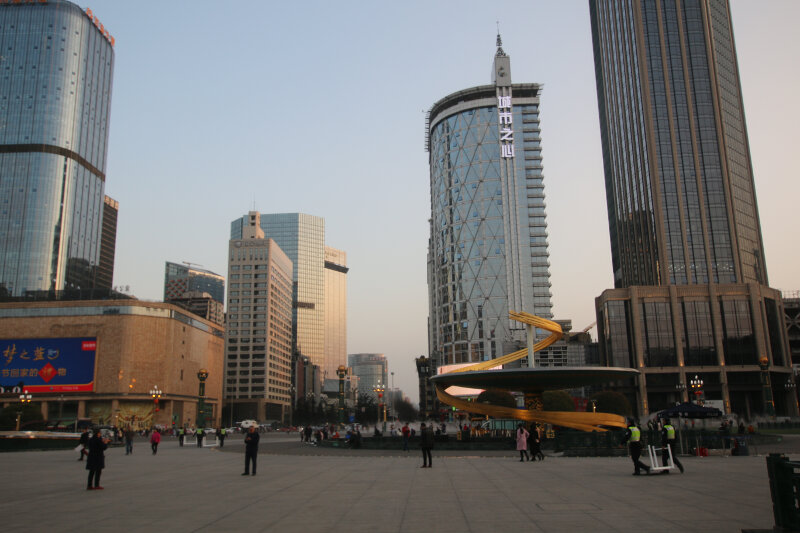 We walked through the shopping area around Chunxi Road. As glitzy and shiny as it could be, with every major Western brand represented. 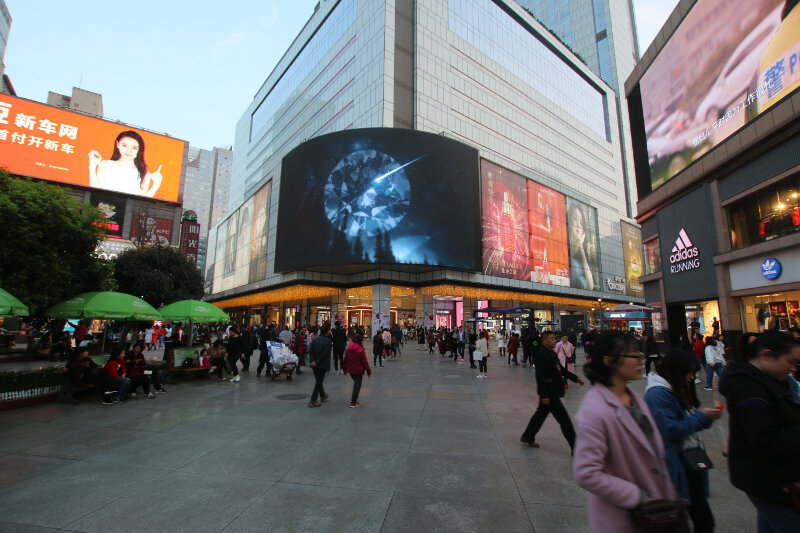 In the evening we had dinner in the Kuanzhaixiangzi Alleys, an area with a couple of alleys with old Chinese houses. Although there it was overcrowded and most shops were geared towards tourists, it is an enjoyable area. 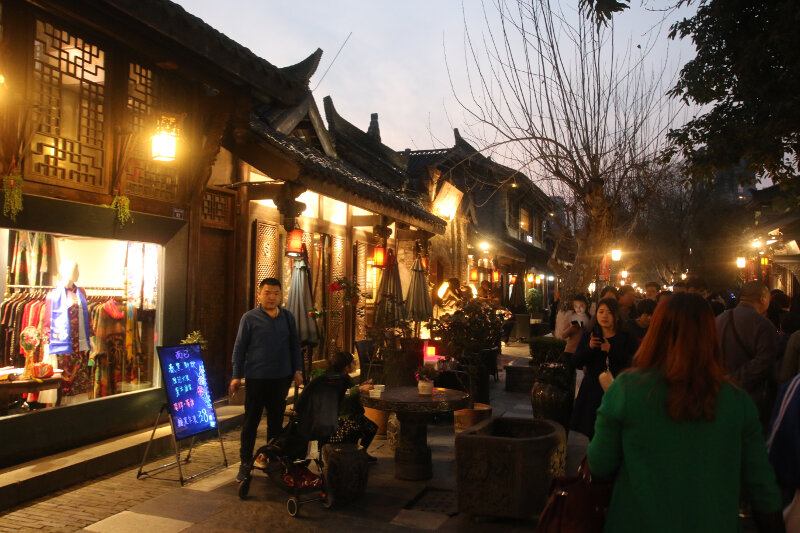 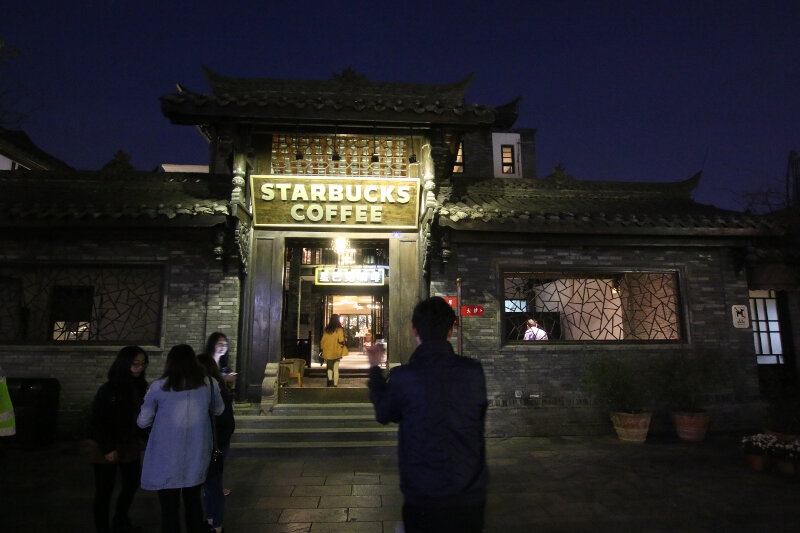 In case you would like to get your ears cleaned…

Would I recommend a visit to Chengdu? As a standalone trip, not sure. But if you’re going to visit the pandas, you should definitely add a day to see the city. Did I mention, we saw less than two dozen Westerners during our stay?