Unwinding at the Beach: Koh Lipe

From Chiang Rai we flew to Southern Thailand’s capital Hat Yai. When going to Koh Lipe you kind of have to go through Hat Yai and unless you land early, you’ll probably end up spending a night there. 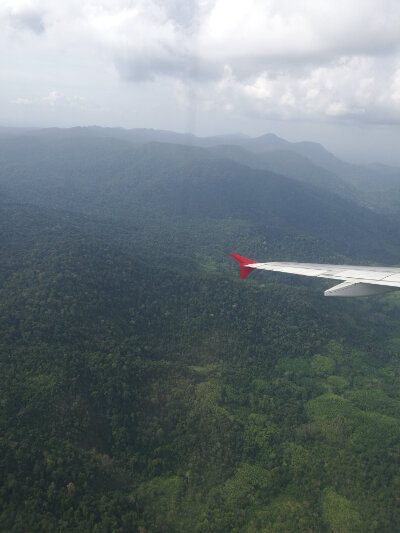 We had not read too many raving reviews or reports on Hat Yai, so our expectations were fairly low. All in all, I would say the low expectations were met. It is a tourist hotspot for mainly Malaysian (weekend) tourists with tons of massage places (I’ve never seen such a density of massage places in my life). What did positively surprise me was the lively scene of hipster coffee shops and restaurants as well as our hotel (La Pause).

The next morning we left early for Koh Lipe. Getting there is a bit of a hassle but supposedly you’ll be rewarded with the Maldives of Thailand. Works for me. You have to catch a ferry from Pak Bara which is about 1.5 hours from Hat Yai. We were going to take a minivan but when our Uber driver from the airport (Uber had just started a week prior) offered to take us for THB1’000 (EUR26), we went for the extra convenience.

There are a few ferry operators and we ended up choosing Satun Pakbara as they allowed online bookings. 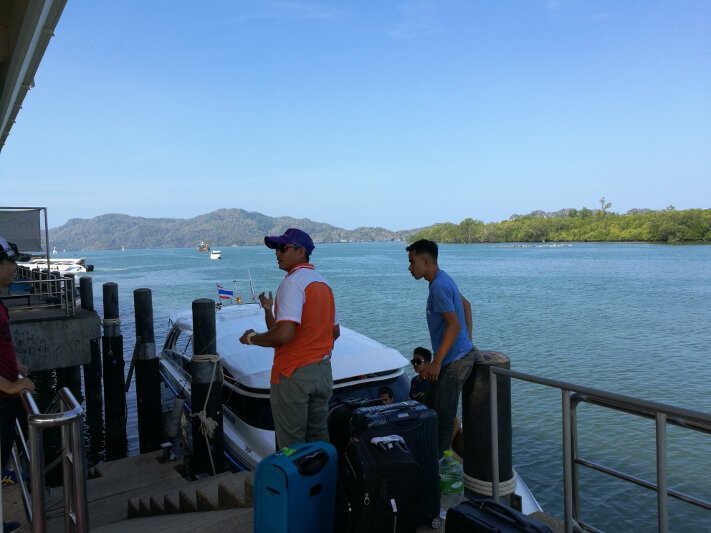 Just over half way, we stopped at Koh Khai Nok for some photos. Some of the fellow passengers went all in on photos. Admittedly, it is a pretty island. 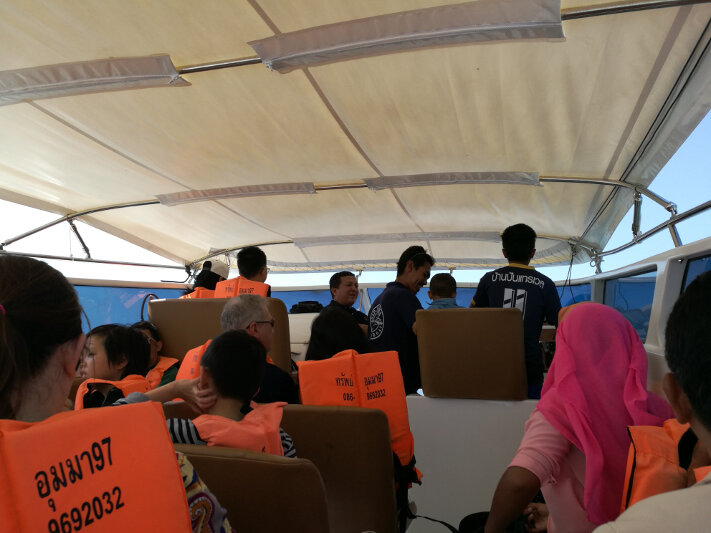 On the speedboat ferry 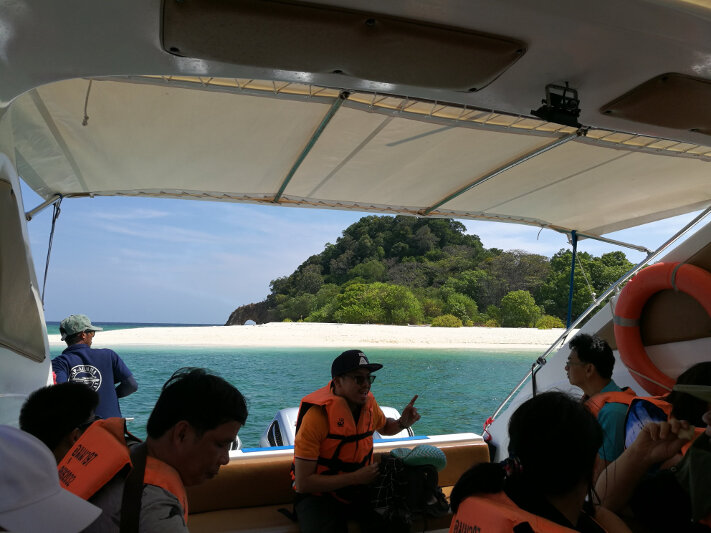 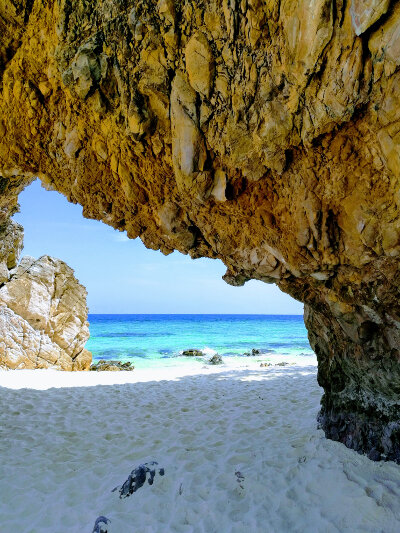 From there it was a short hop to our destination, Koh Lipe. We stayed for two nights at Mali Sunrise Resort which meant another transfer to the other side of the (small) island. Shortly before noon we had finally made it but it was definitely quite a journey to get here.

Considering the difficulty of reaching the island, it did not feel that remote. The beach is covered with hotels, although not large resorts. Pretty much everyone on the island seems to directly or at least indirectly live off tourism judging by the amount of (almost exclusively) Western tourists.

We spent the next two days just lazing by the beach, walking along the beach and swimming in the Andaman Sea. Comparing it to the Maldives might be accurate when looking at the water color but on Koh Lipe you can be sure that you’re never alone (which at times comes at the expense of the romantic factor of the island). 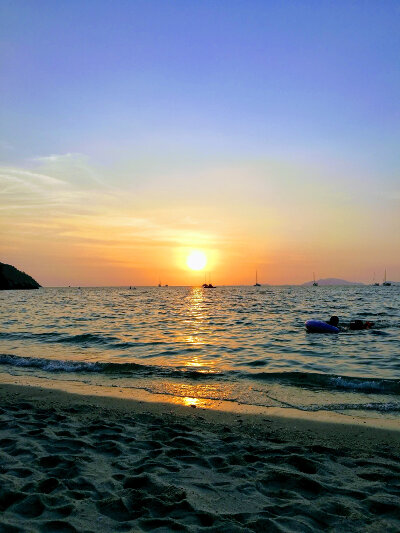 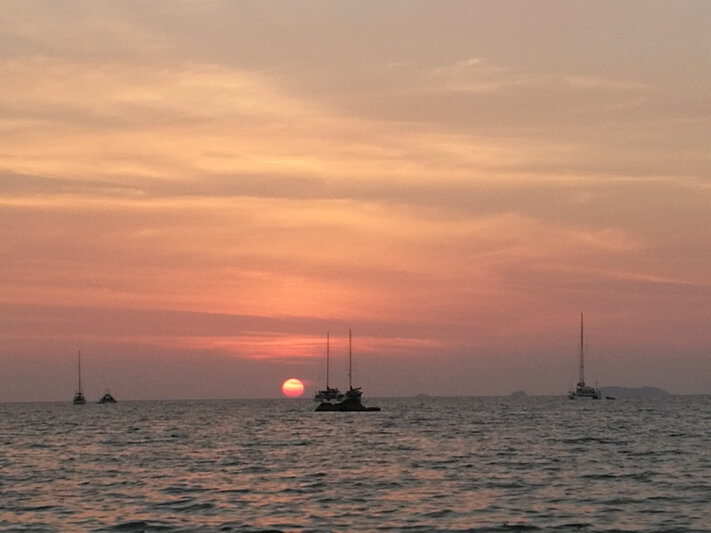 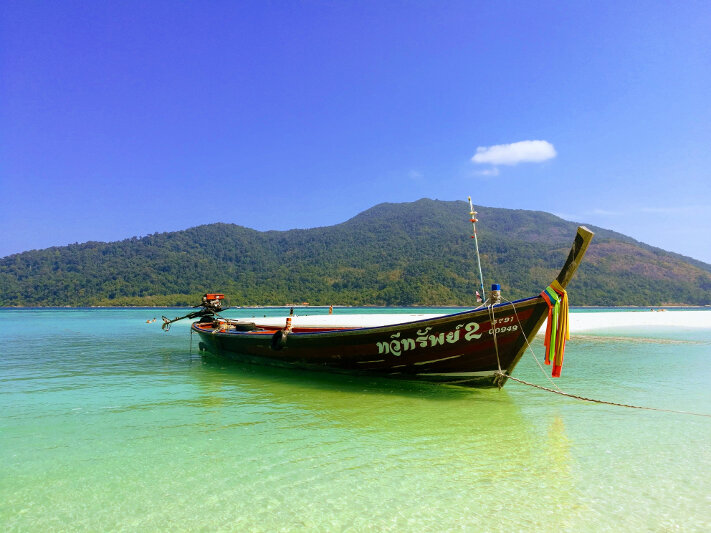 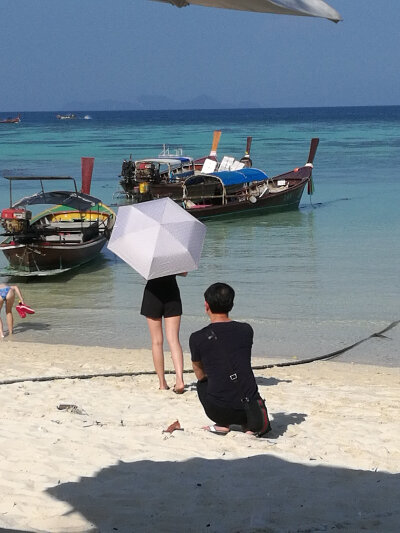 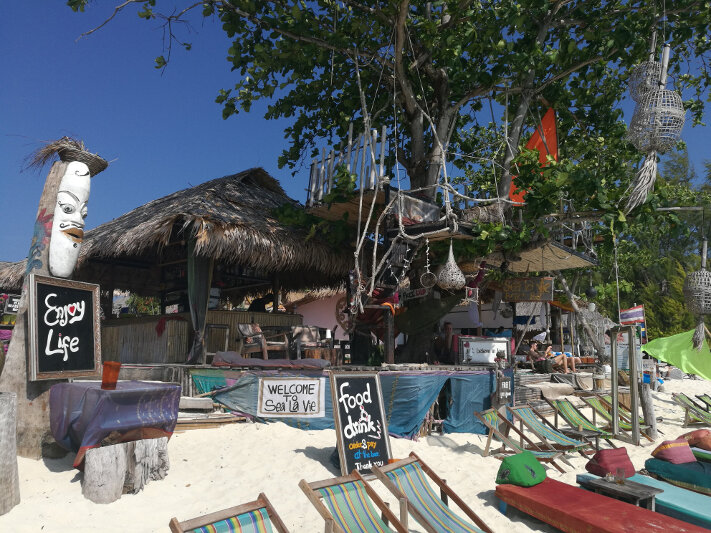 Lots of chilled out bars along the beach 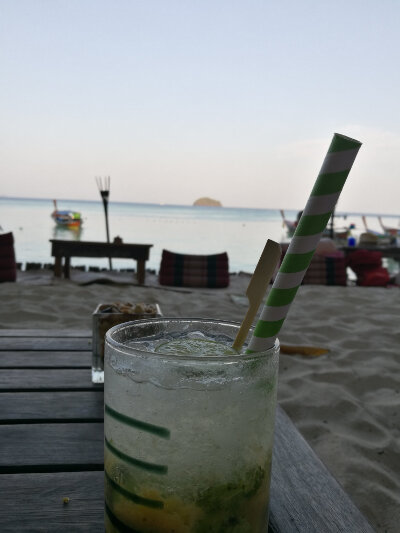 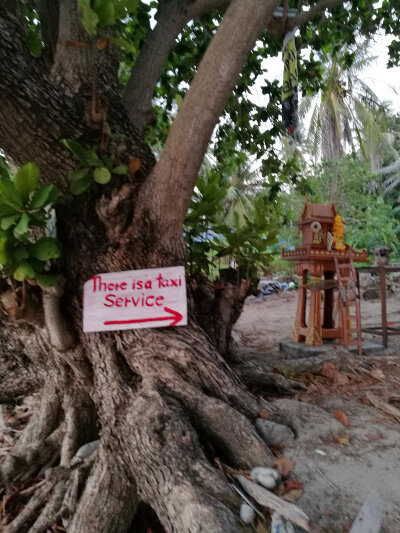 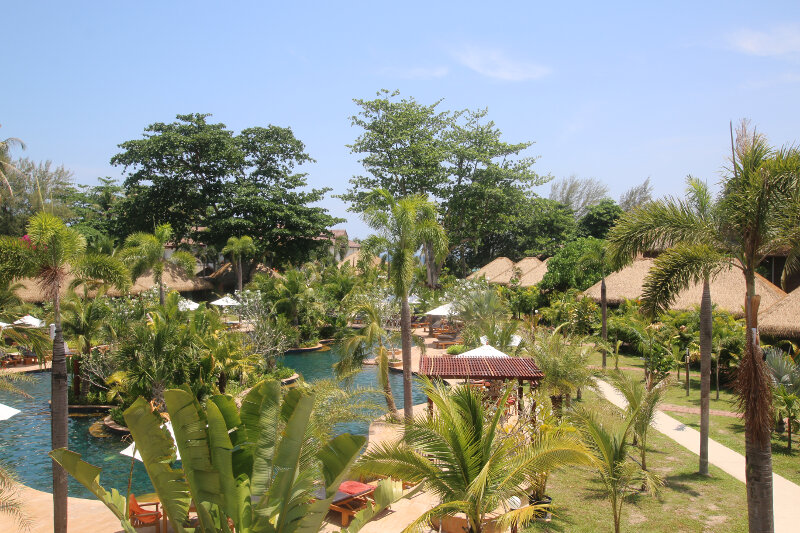 All in all we weren’t blown away by Koh Lipe. Sure, it’s a stunning island. But we thought the premium you pay for the remoteness wasn’t worth it; mainly due to the sheer amount of tourists. Also, there are construction sites everyone, so it is unlikely to get better anytime soon.

On our departure day, we again had to everything in reverse. Starting with the ferry to Pak Bara. 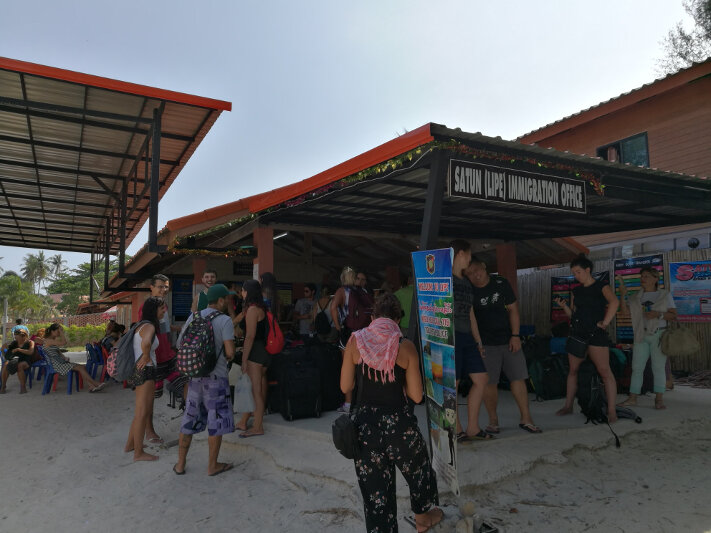 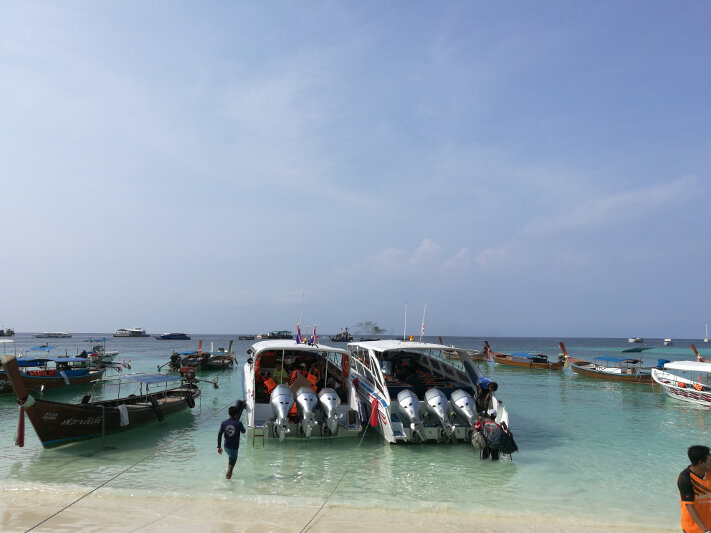 Speed Boats waiting for the morning run to Pak Bara

Everything worked out well and we made it to the airport with plenty of time to spare to catch our flight to Singapore.