A normal Saturday afternoon in SG – with tanks (NDP Rehearsal)

Yesterday afternoon in Singapore. We are casually enjoying the beautiful weather by BBQing with a gorgeous view towards the National Stadium..:

When we started noticing slightly unusual traffic on Nicoll Highway: 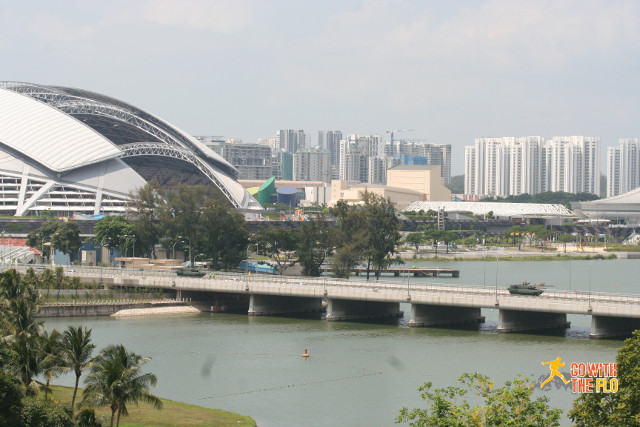 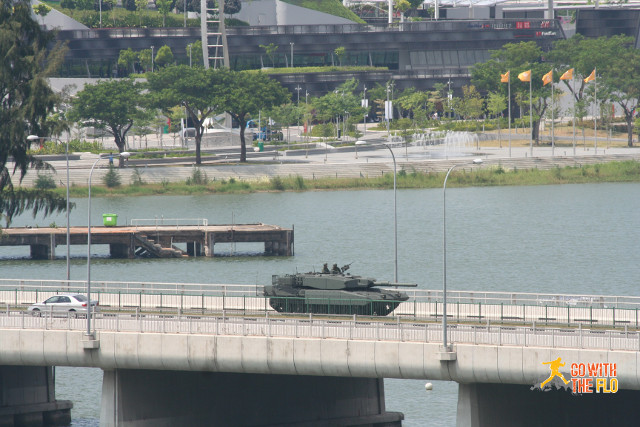 You ask why there are tanks driving around downtown Singapore on a sunny Saturday afternoon? Singapore is turning 50 this year. As every year, the Singapore Armed Forces will put up a great show at the National Day Parade (NDP). Except this year it will be bigger. Much, much bigger. So there rehearsals now every Saturday until August 9th. 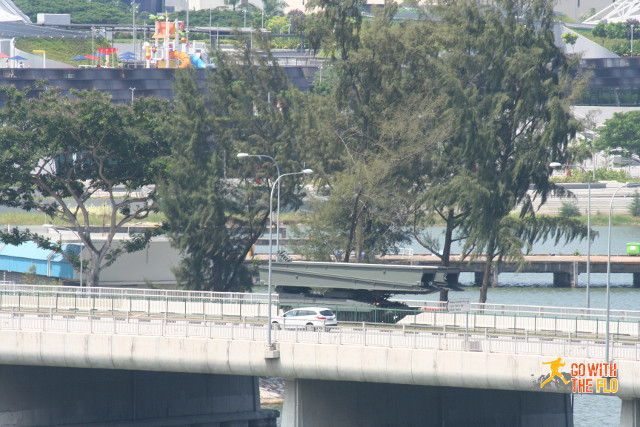 Everything is taken from the baracks and shown off. 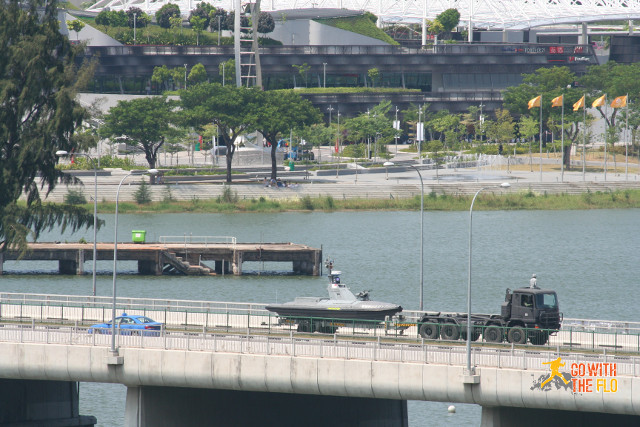 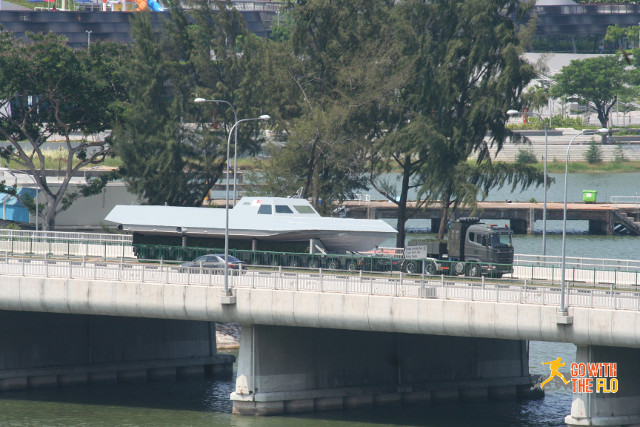 A couple of hours later we’ve moved on to a different location to watch the sunset on this beautiful day: 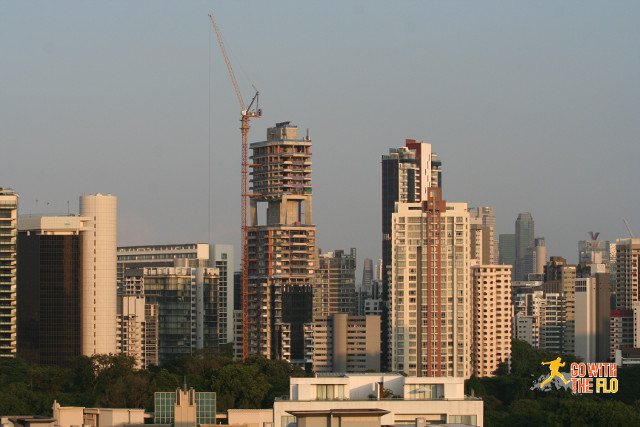 View towards the Central Business District

When the Singapore Air Force also started their rehearsal:

The flag being carried by a Chinook 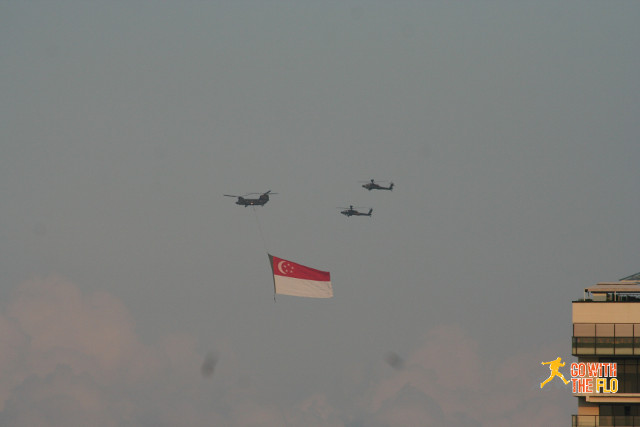 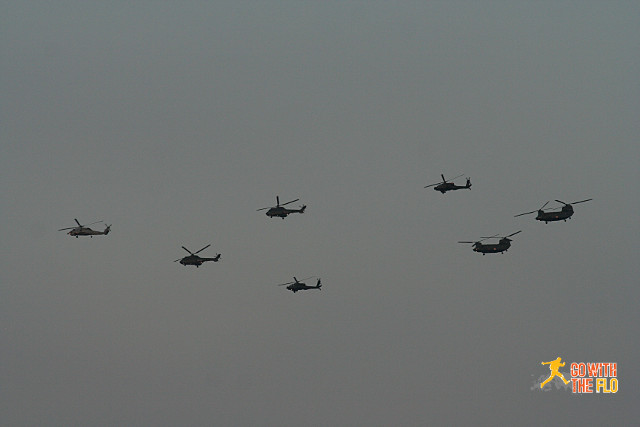 Followed by a couple of Apaches 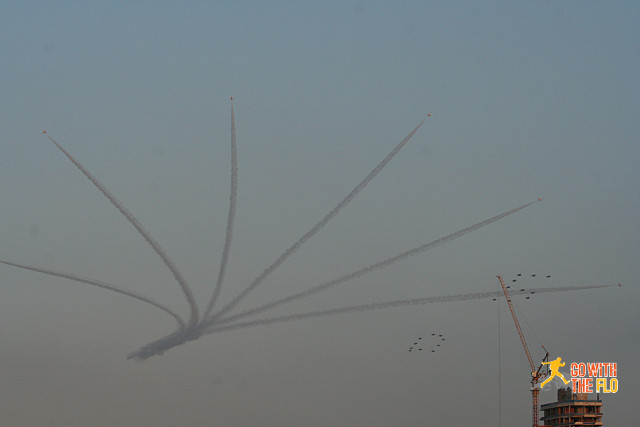 Next up: the RSAF Black Knights (F-16s) along with a squadron of F-16s 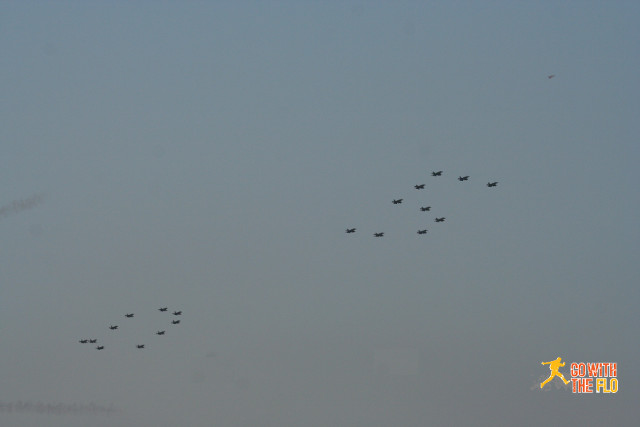 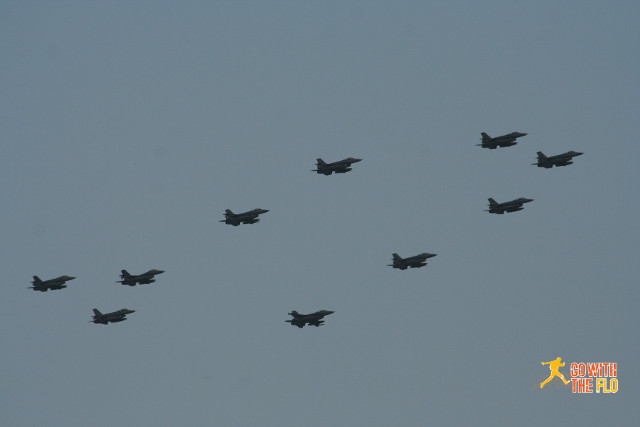 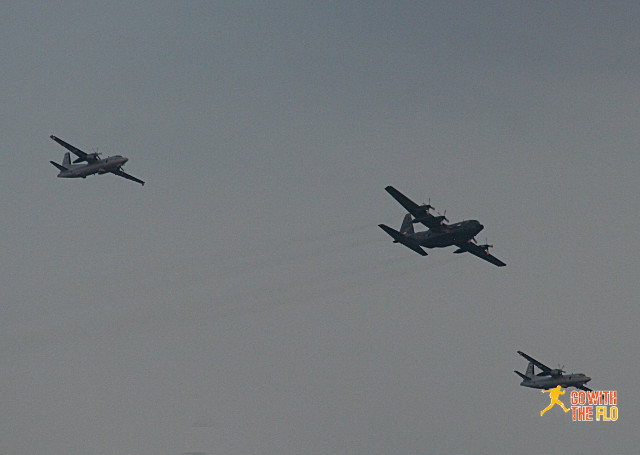 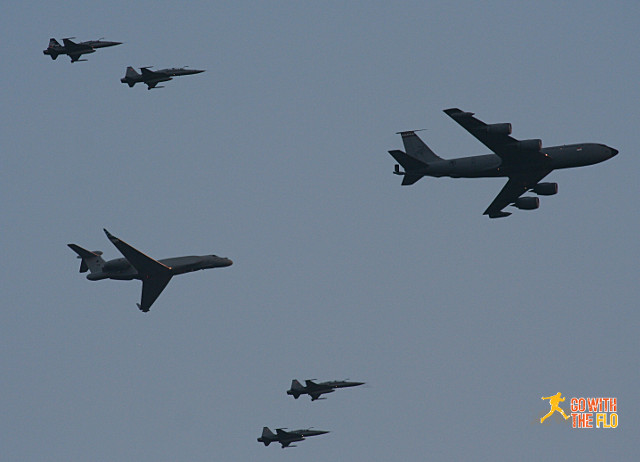 Last flypast: KC-135R with a G550 behind it, escorted by F-5S Interceptors 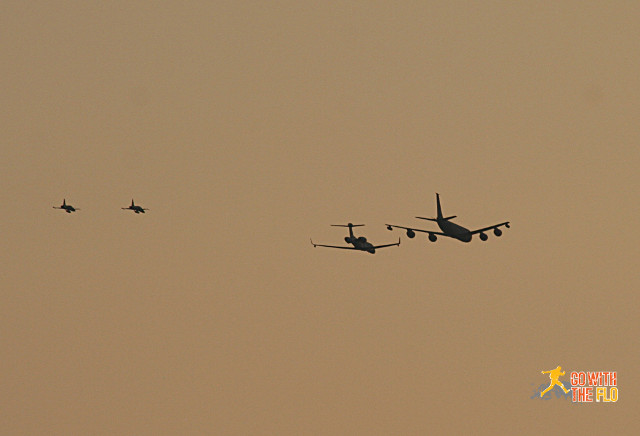 Flying off into the sunset

It will sure be an impressive show on National Day! There will be more rehearsals, so try and catch some of the action!