A weekend in Vientiane

A few weeks ago I was playing around with Kayak, looking for cheap weekend getaways. The usual options below the SGD300 mark are Indonesia, Malaysia and maybe Thailand. This time however I was surprised that both Vientiane and Luang Prabang popped with with Lao Airlines. 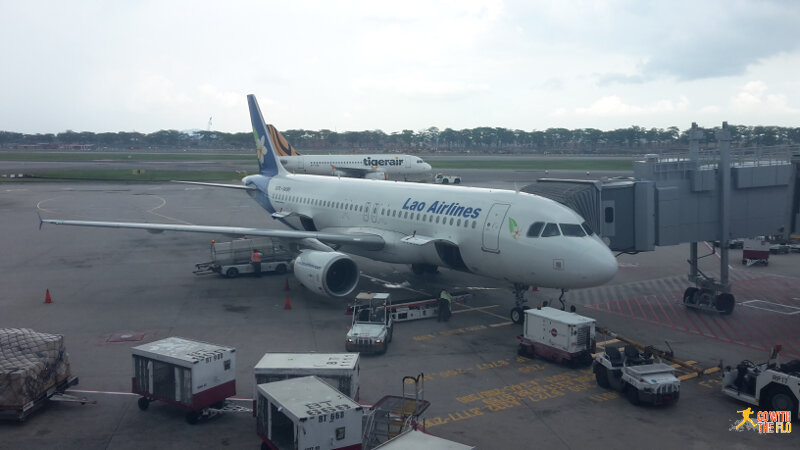 Lao Airlines A320 at Changi Airport

I ended up booking Vientiane for SGD249 (~3 hour flight), saving the more touristy Luang Prabang for another time. For the aviation geeks amongst the readers (hi dad!), it is worthwhile pointing out that the 4x weekly Singapore-Vientiane-Luang Prabang flight is flown by an A320 initially manufactured for Afriqiyah Airways of Lybia. But then the Lybian Revolution started and Airbus found a new owner with Lao Airlines. Colonel Gaddafi didnt’t go for the cheap outfit for his planes, so each economy seat has a personal TV (that isn’t functioning). All signage inside the plane is in Arabic and Laotian… possibly a unique combination? 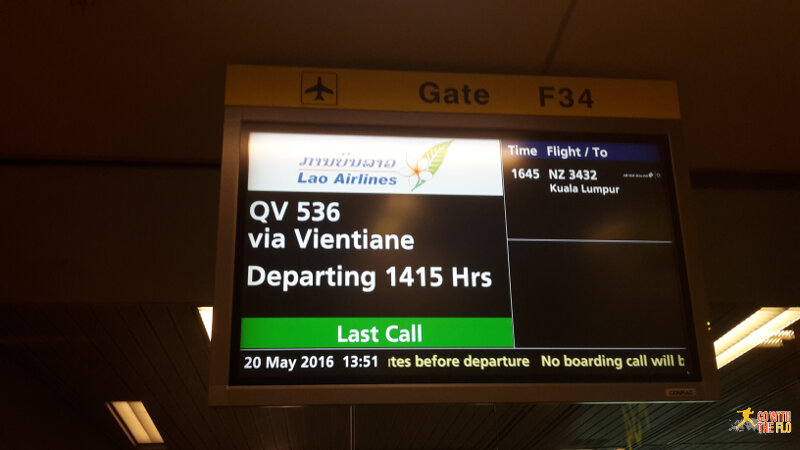 Ready for boarding at Changi Airport 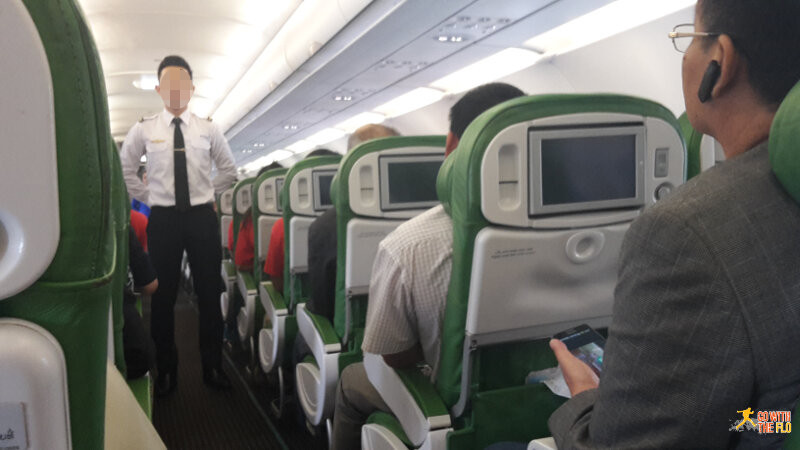 Inside the plane intended for Afriqiyah Airlines

Wattay International Airport (VTE) is tiny. To give you an idea how small it is,  I landed in Vientiane at 16:05 and half an hour later I was in my guest house (by public transport).

It was a beautiful Friday evening and I went to the Mekong where the 1st Asian U19 Beach Volleyball Championship was held: 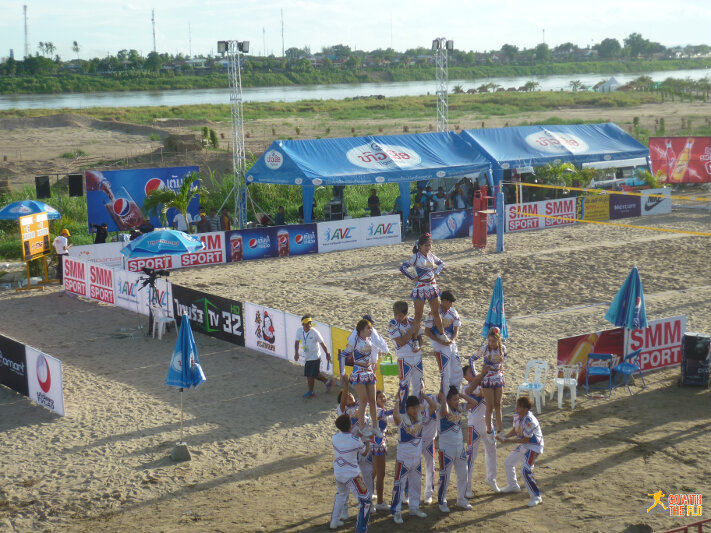 And just behind the beach volleyball fields were the leftovers from the previous week’s 2nd International SandArt Festival. Seems like there is plenty of stuff going on at the Mekong. 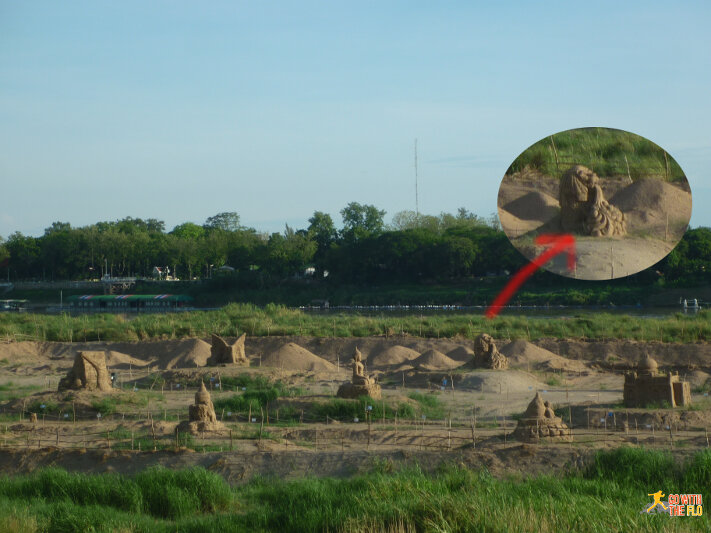 Even Singapore’s Merlion was represented

The atmosphere was beautiful with families enjoying the Friday evening and a couple of guys taking to the skies with some kind of paragliders. 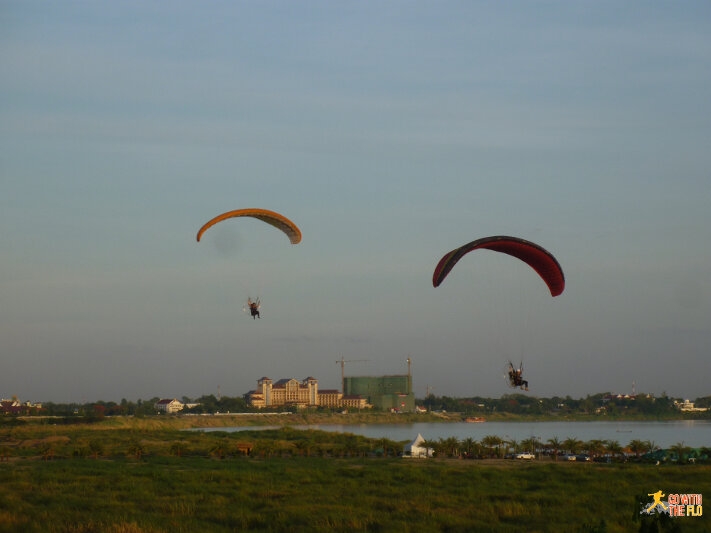 I was happy just trying out the Laotian beer selection. 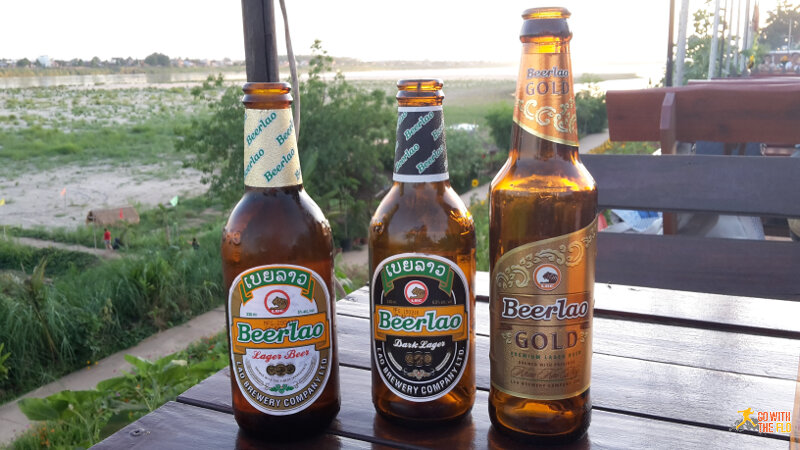 What I didn’t know  wasthat there is more than just Beerlao – Namkhong is another popular brand that isn’t really known abroad. 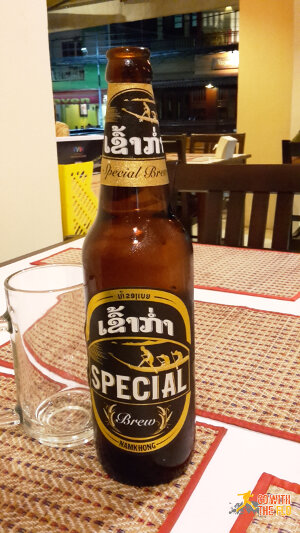 And I ended the day with some of the best mango with sticky rice that I’ve probably ever tasted! 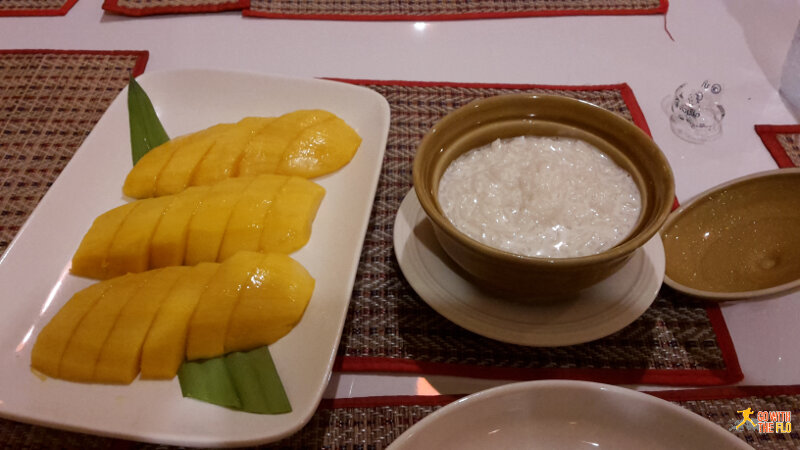 I got up early the next day to do some sightseeing. Thanks to the French colonial past, Vientiane has several French bakeries that to this day still bake superb croissants and other pastries. That is how both my Saturday and Sunday started out: 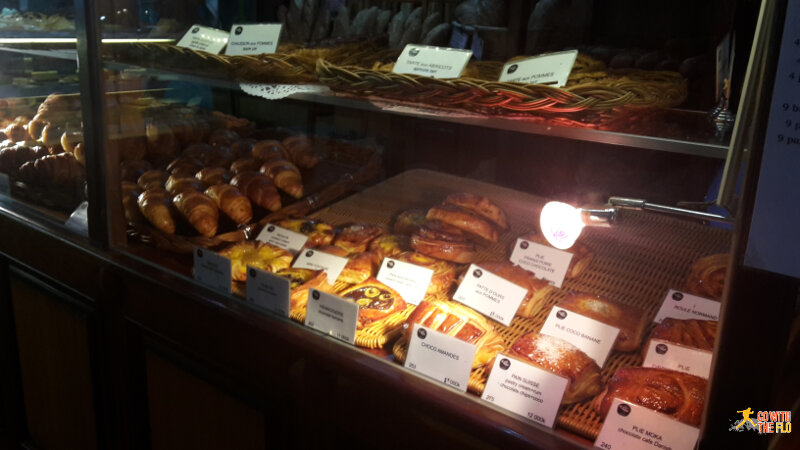 With that in my stomach, I was ready for some sightseeing. Vientiane’s area  of interest for tourists is rather small, so I was happy to rent a bicycle and explore the city on two wheels. The highlights I covered were:

Below are some impressions from my tour: 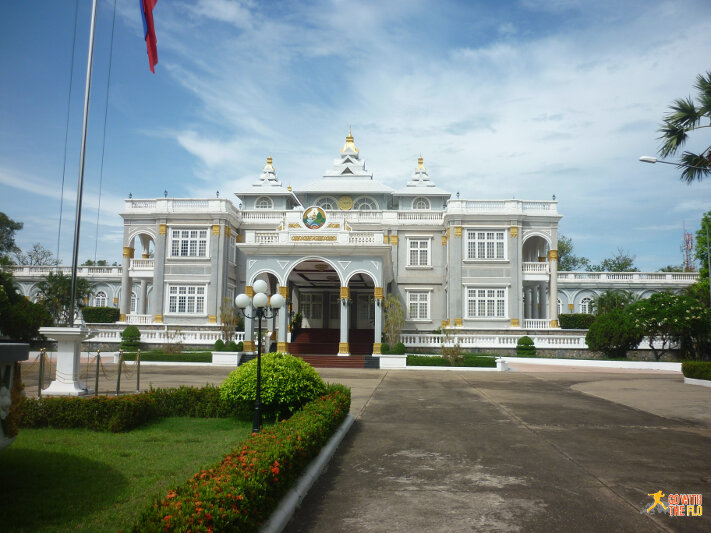 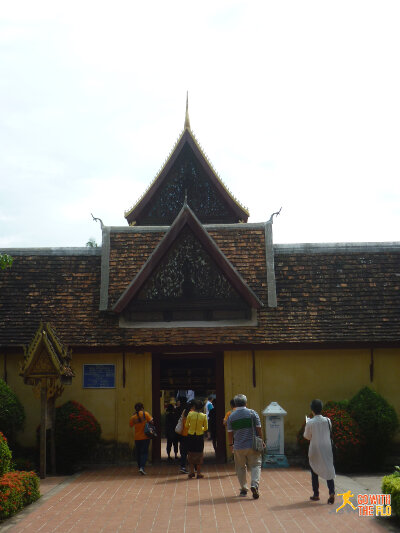 The entrance to Wat Si Saket 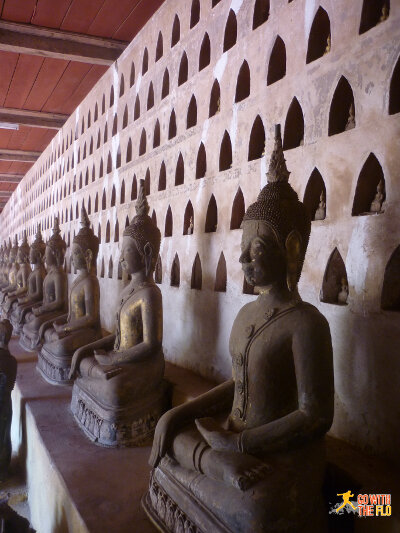 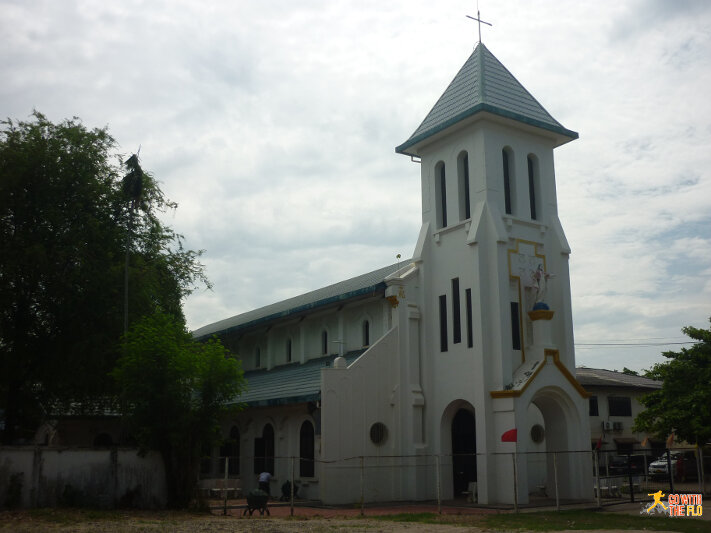 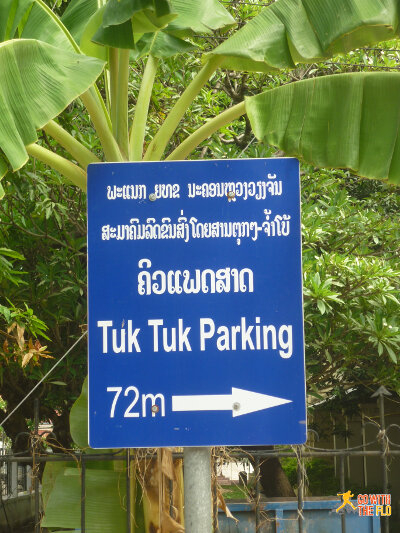 Rather specific directions – and not sure why anyone would need that info in English. I didn’t see many (or any) foreigners trying to park their tuk-tuks. 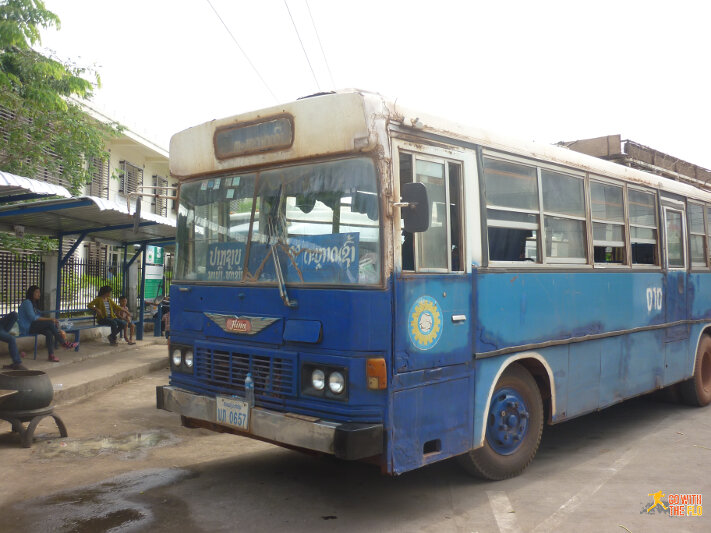 Near the Talat Sao Bus Station 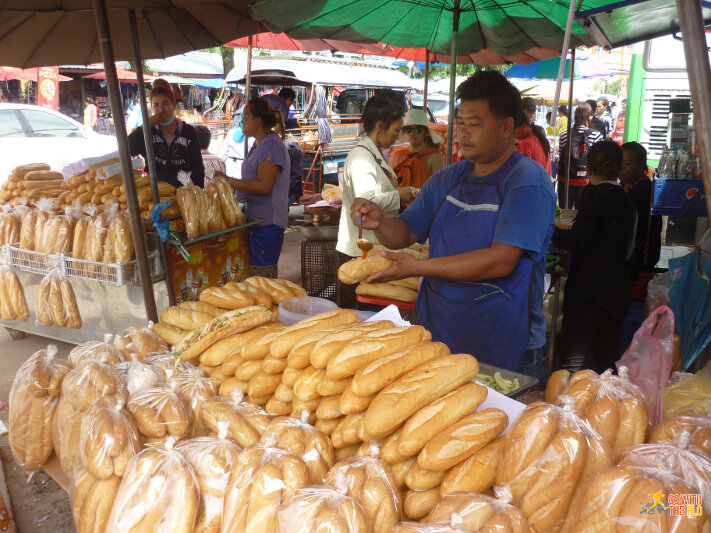 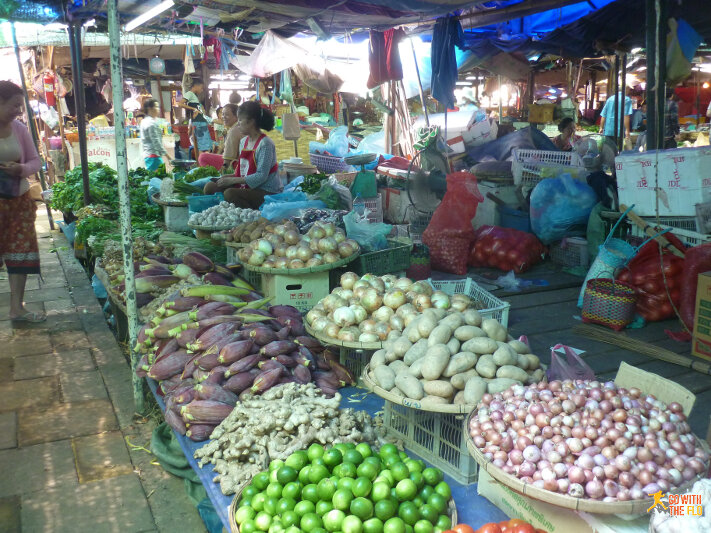 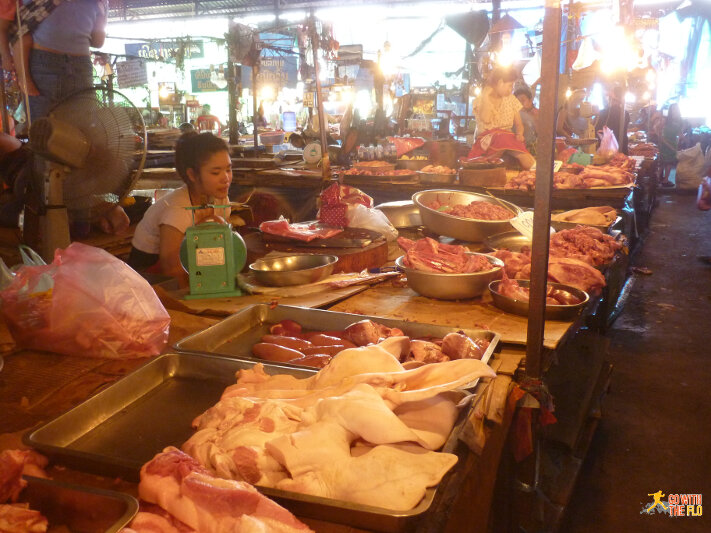 I then took a small detour to the Cooperative Orthotic & Prosthetic Enterprise visitor center, a producer of artificial limbs for victims of unexploded ordnance. Laos.was significantly impacted by the U.S. bombing during the Vietnam War and to this day suffers casualties every year. 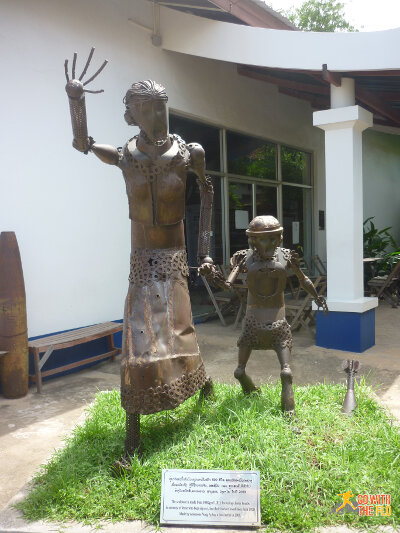 From there I continued to the Patuxai, the triumph arc. Not sure what practical purpose it serves but it was somewhat impressive. 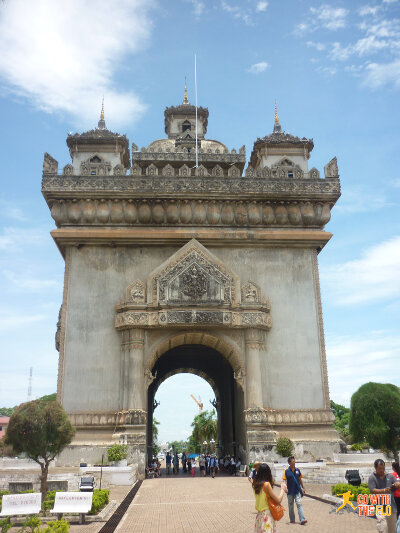 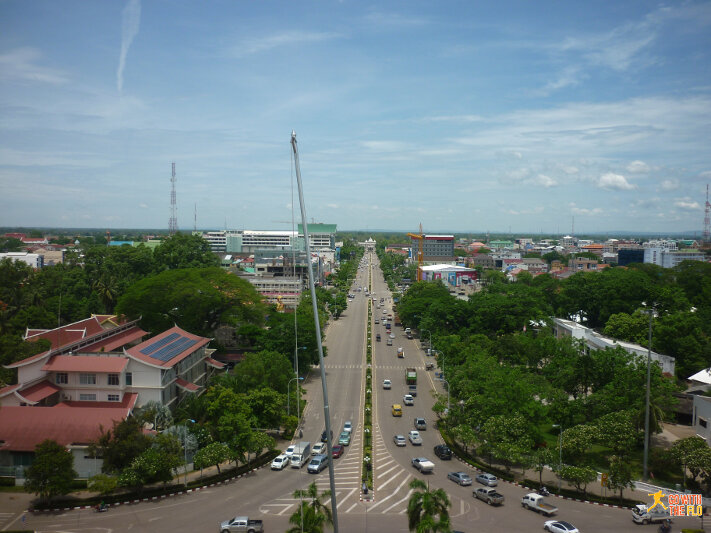 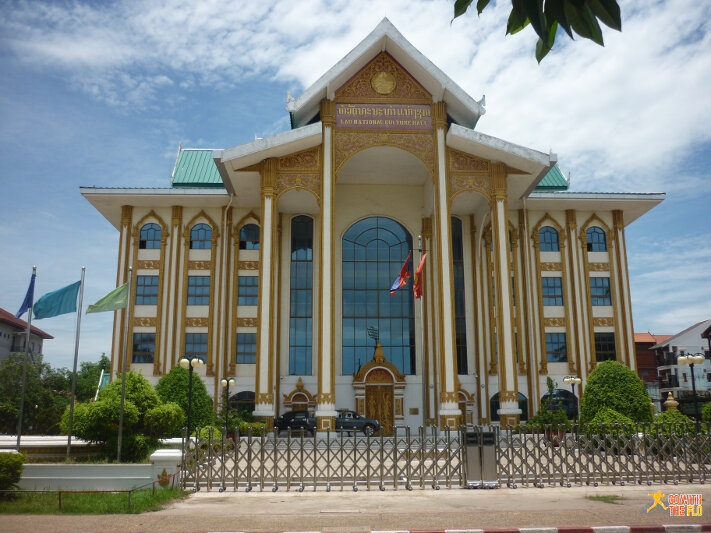 Riding past the National Assembly 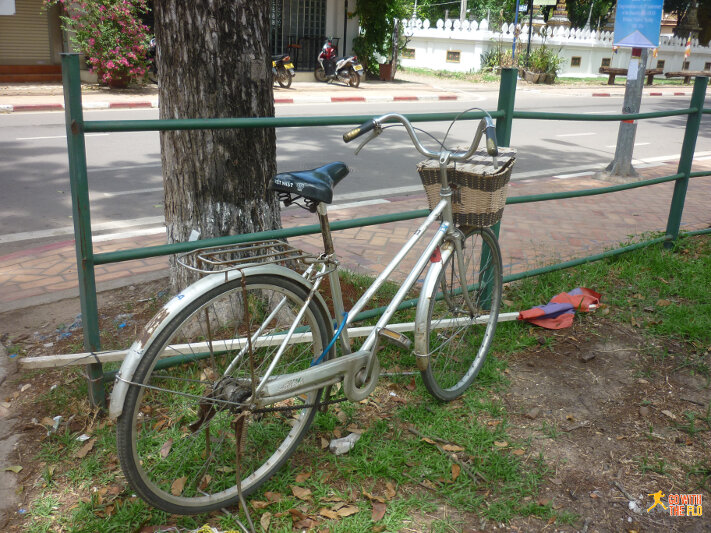 My ride for the day

Some impressions of Wat In Paeng, Wat Ong Teu and Wat Mixai. 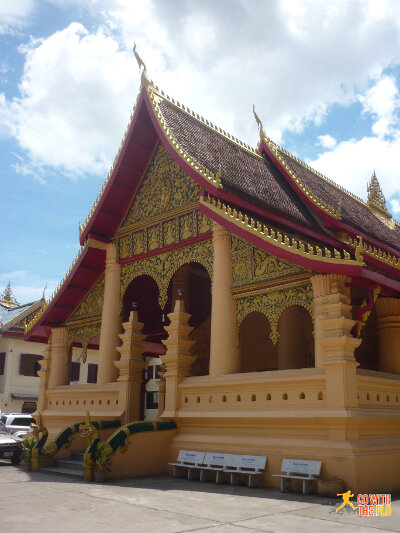 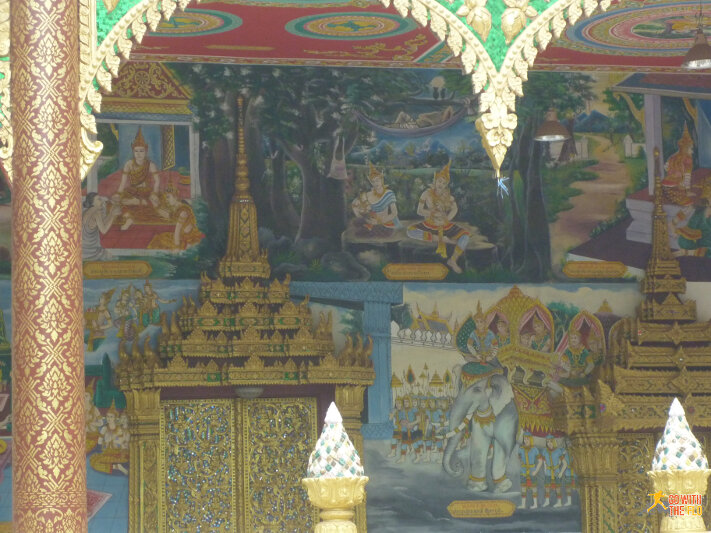 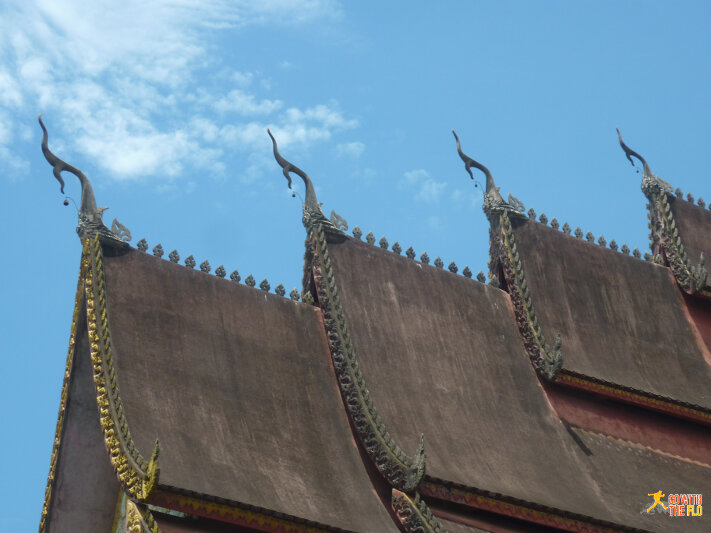 That concluded the sightseeing tour and I was back in my guest house by around 2pm (including a lunch break). I spent the afternoon relaxing and eventually went back to the Mekong for a sundowner. Afterwards I followed a Tripadvisor recommendation and had dinner at La Cage du Coq , one of the many superb French restaurants in town. 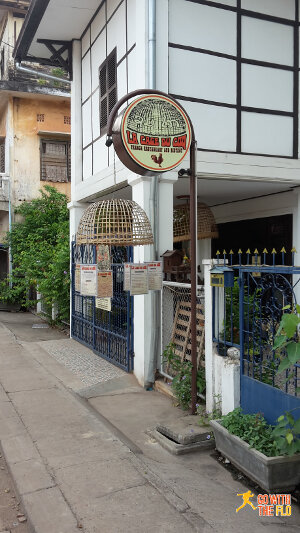 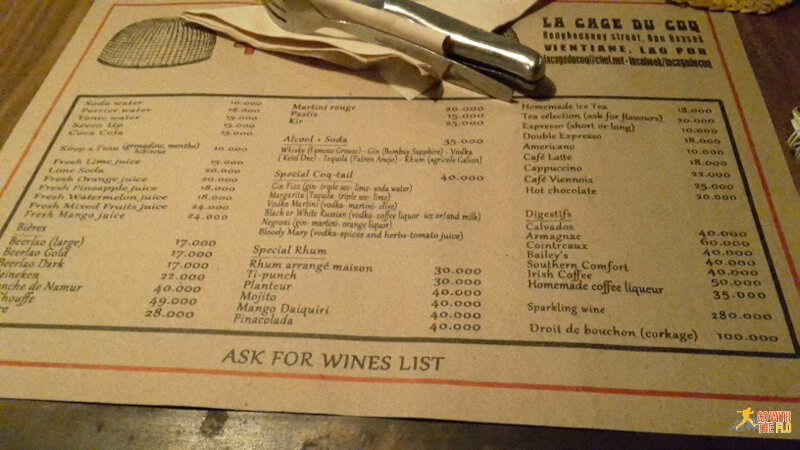 With this my short visit to Vientiane was almost over and the next morning I returned to the airport to catch my flight back to Singapore on Lao Airlines. 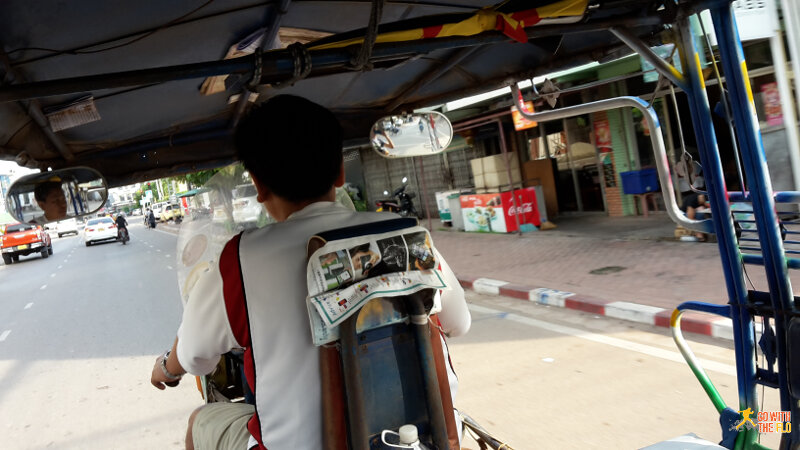 Was it worth it? I think so. Vientiane can easily be explored in 1-2 days. And while not a tourist hotspot, the relaxed vibe compared to other cities in the regions make it worth a visit. The food is great, both Laotian and French cuisines and sipping on an ice-cold Beerlao by the Mekong is worth the experience. I’m looking forward to exploring more in the country in the hopefully not too distant future.