The last stretch on the Pamir Highway: Murghab to Osh

Going into the M41 Pamir Highway, I knew it would be a lot of driving. Murghab to Osh would be the last stretch and I was was looking forward to a last, long day on the road. The scenery from Khorog to Murghab was great and I heard to Osh it would be even better.

The route would take us along the Tajikistan-China border, through a pass and then beyond into Kyrgzystan towards the country’s second-largest city, Osh.

We started the day early at 6am (Murghab is on Kyrgyzstan time, one hour ahead of Khorog and the rest of Tajikistan).

We first passed the Ak-Baital Pass (4655m), followed by the Kyzyl-Art Pass (4282m) where the Tajikistan-Kyrgyzstan border post is located. 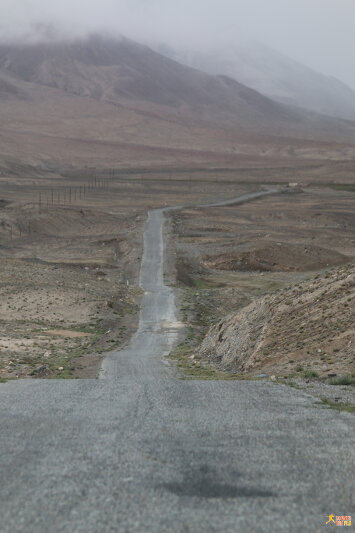 Back on the road in no-man’s land 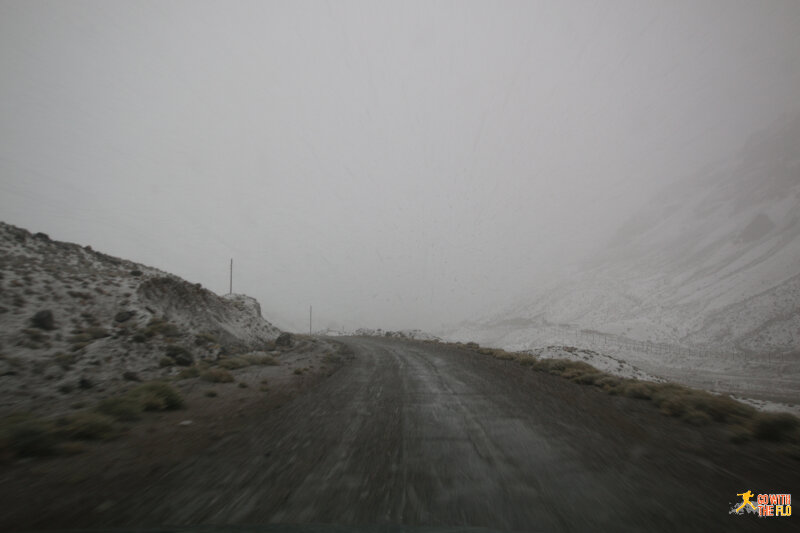 Driving up the Ak-Baital Pass 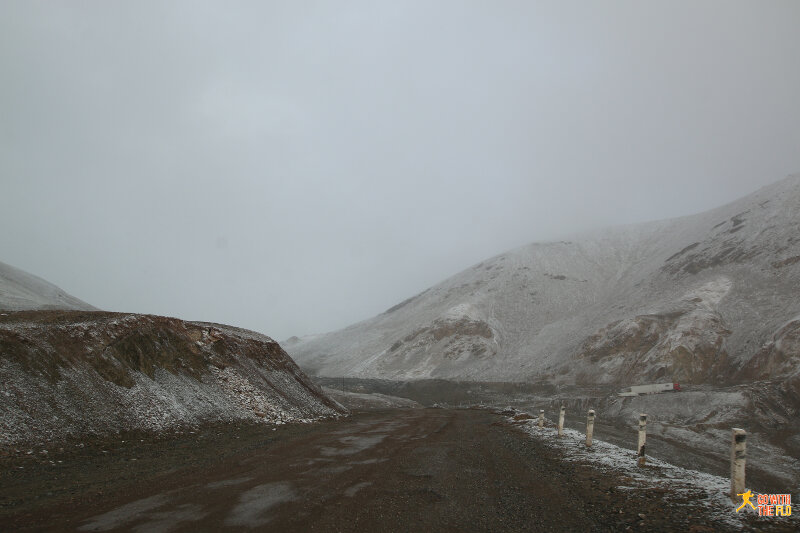 It got colder and colder 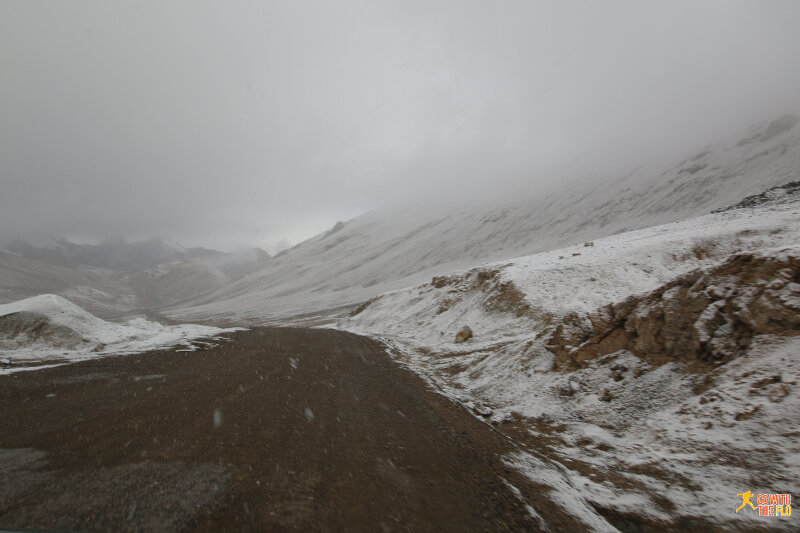 And it was snowing on the Ak-Baital Pass… 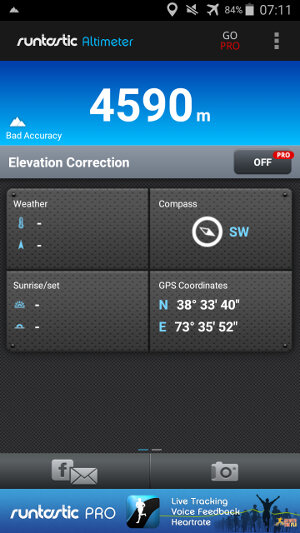 …no surprise at that altitude. 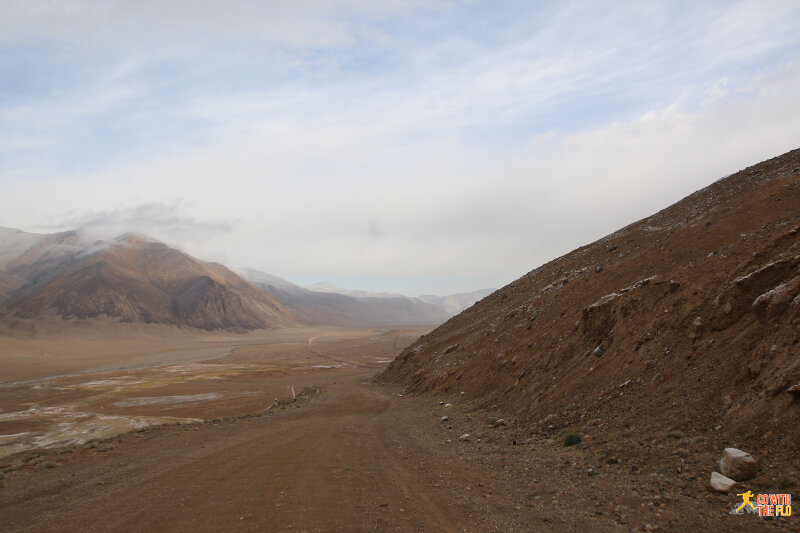 Back at (slightly) lower altitude 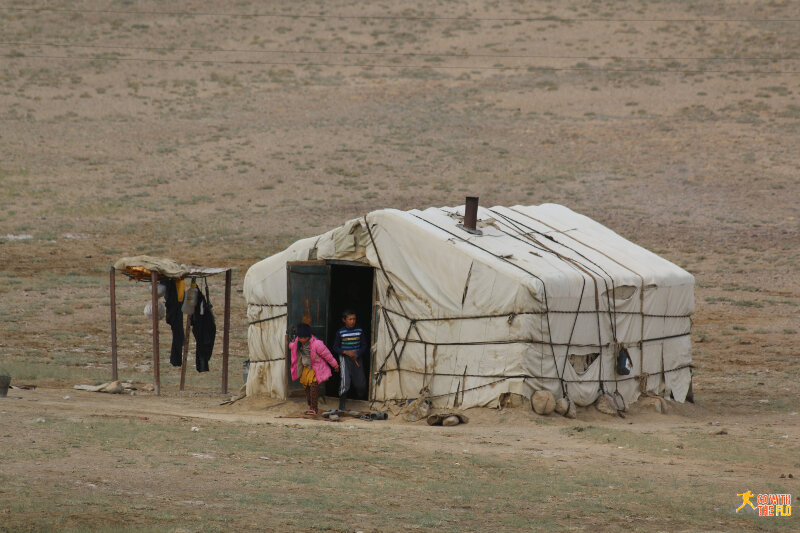 A yurt offering homestay somewhere in the middle of nowhere between Murghab and Karakul. Probably popular with the many cyclists on the road. 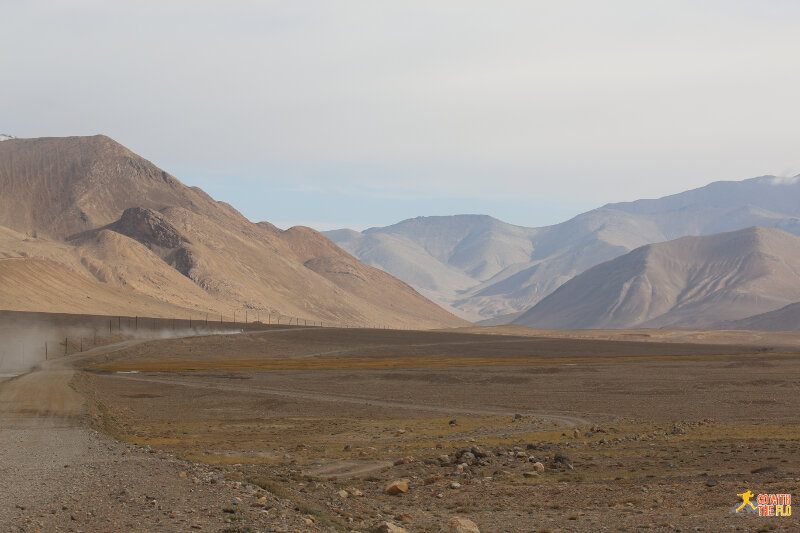 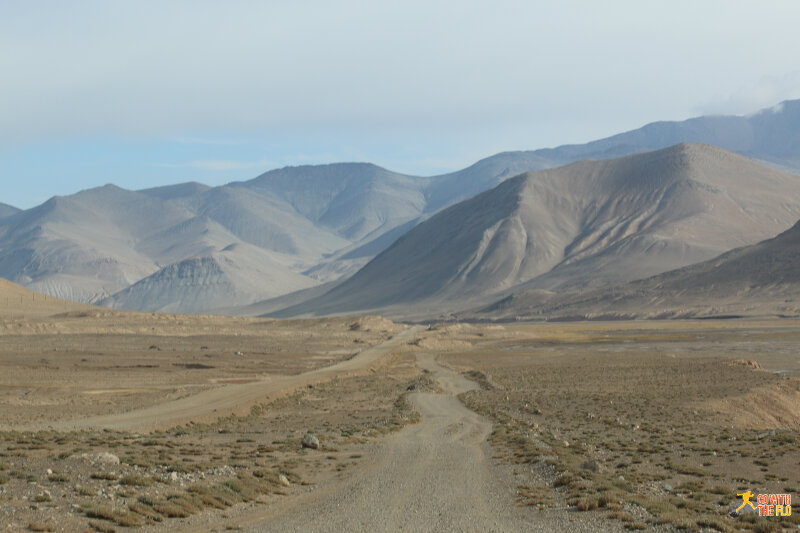 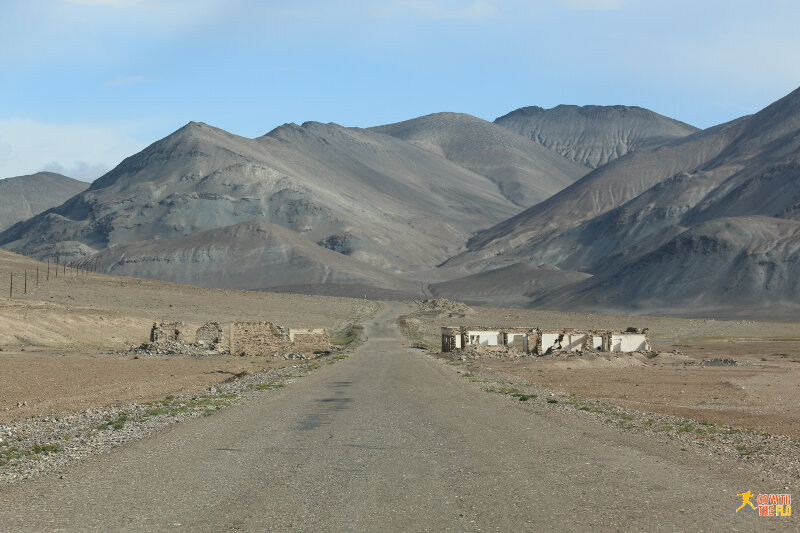 On the way from Murghab to Karakul in Tajikistan 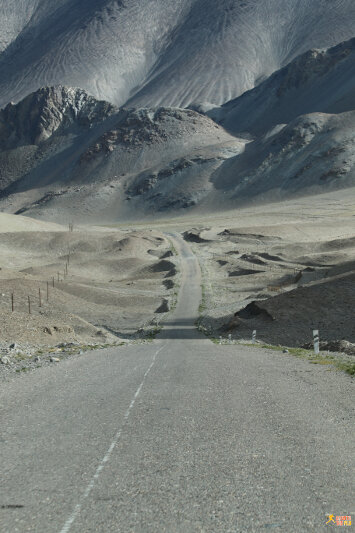 Not too much traffic on that day

At one point we were just 8km away from the Chinese border. On the Tajikistan side it was secured with barbed wire. 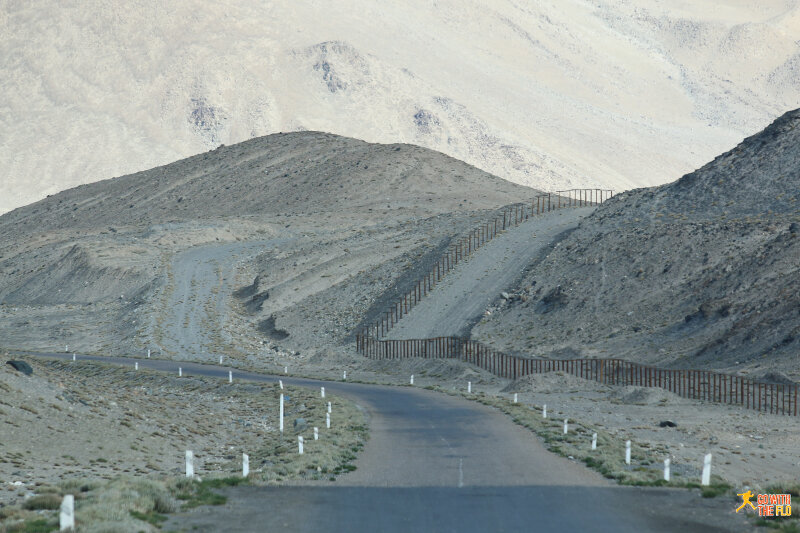 Barbed wire securing the border between Tajikistan and China

We then drove past Karakul, a lake situated at 3’960m above sea level, slightly higher than Lake Titicaca (3’812m). 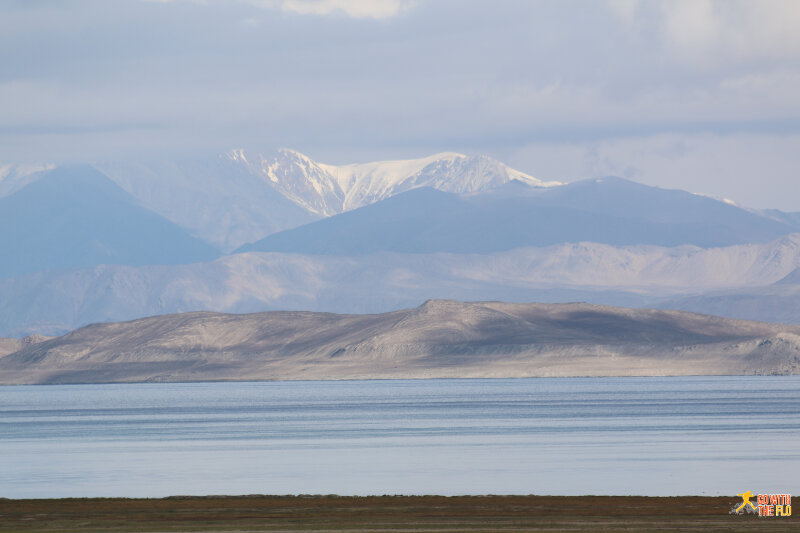 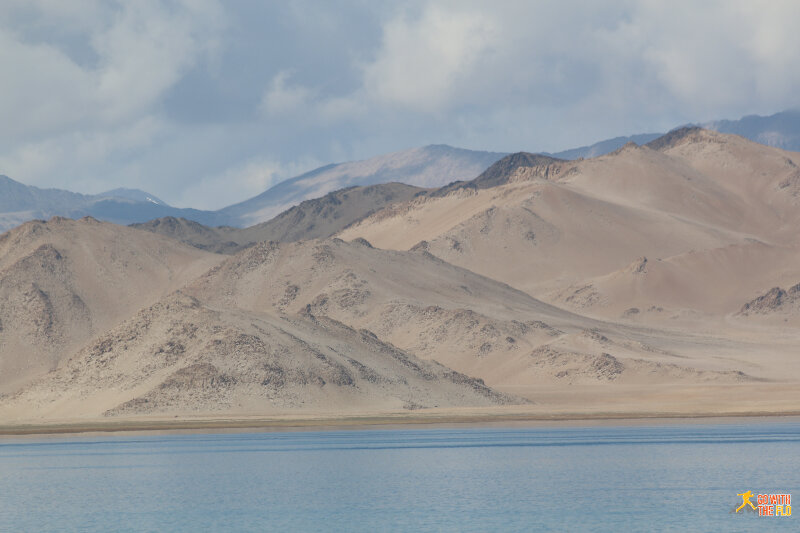 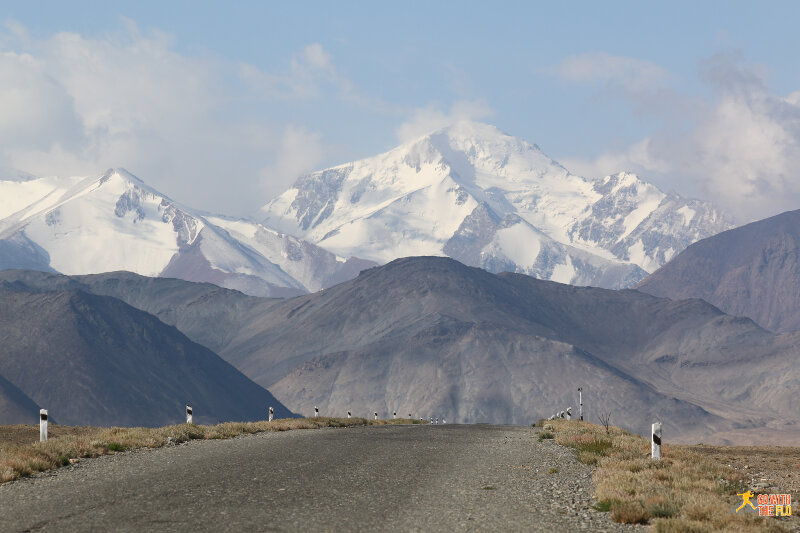 View from Karakul back towards the mountains 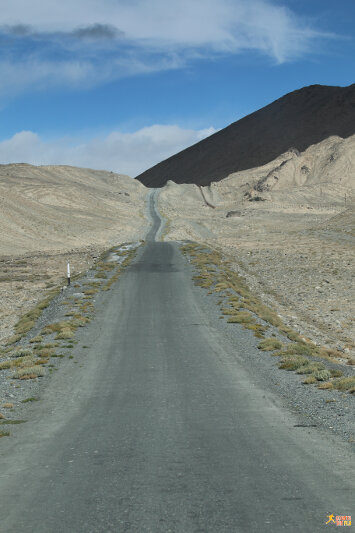 The road then continued for 20km in no-man’s land until we reached the Kyrgyzstan border. I’d like to congratulate Kyrgyzstan for being a role model when it comes to immigration:

Just a quick scan of the passport, a stamp and I was in. 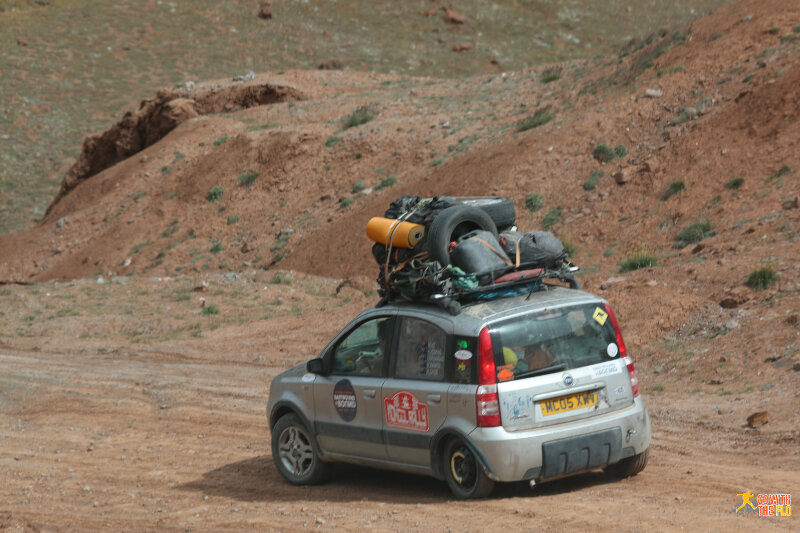 Mongol rallye car with four Australians inside, driving on a spare tire with a broken suspension. 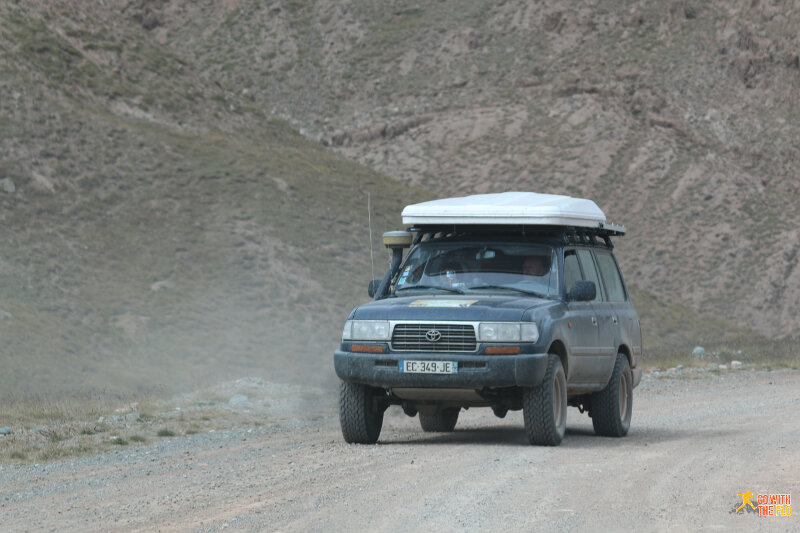 Meanwhile other cars were a bit more suitable for the road… 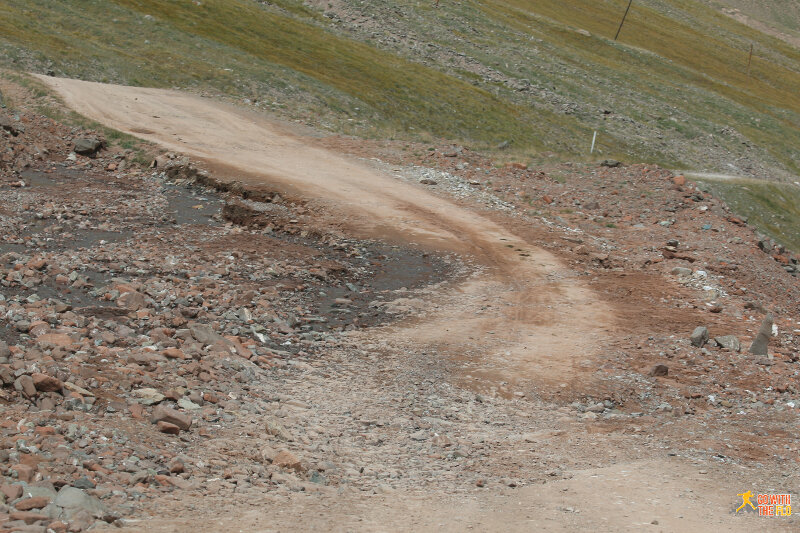 …which wasn’t always in great shape. 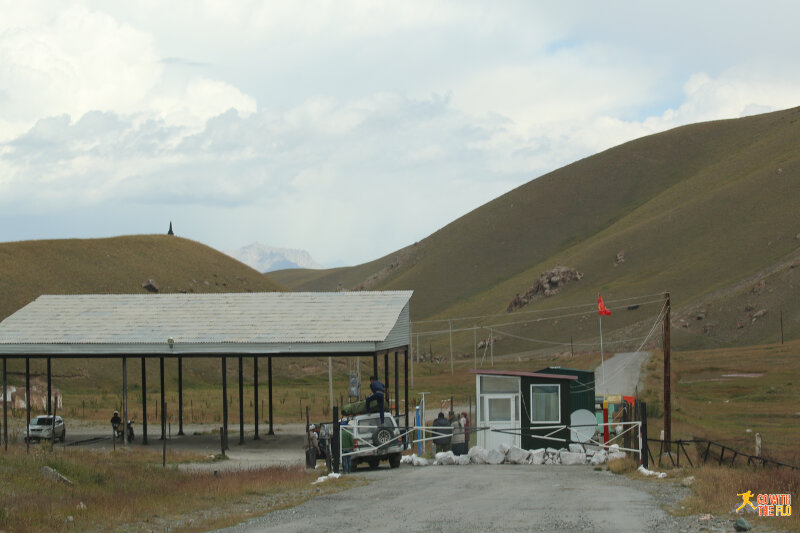 After a quick lunch in Sary-Tash, we buckled up for the remaining 3-4 hours to Osh. 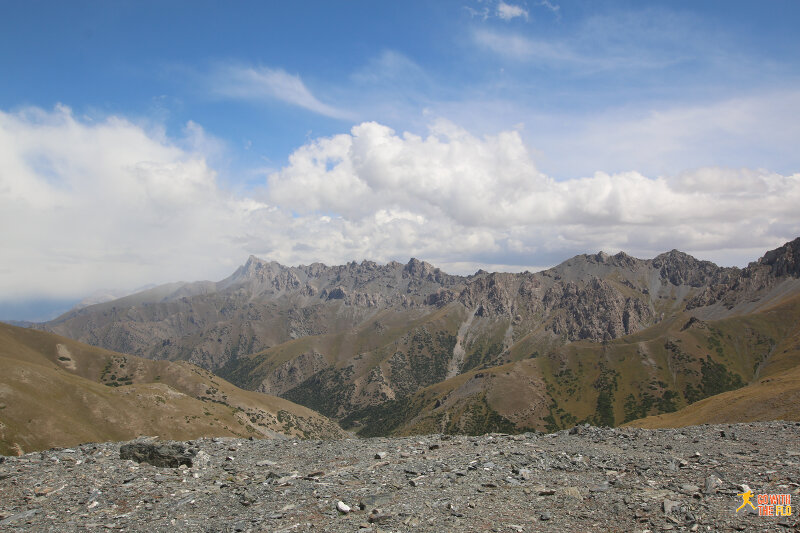 The scenery changed as we descended into lower pastures 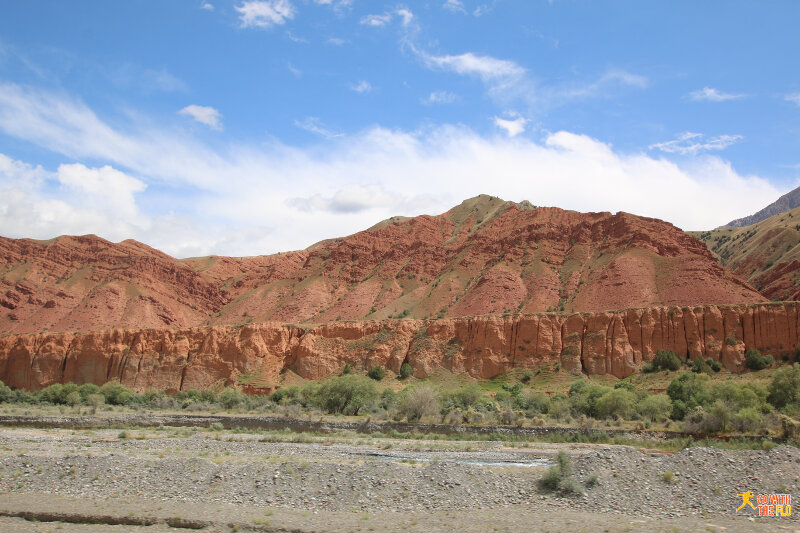 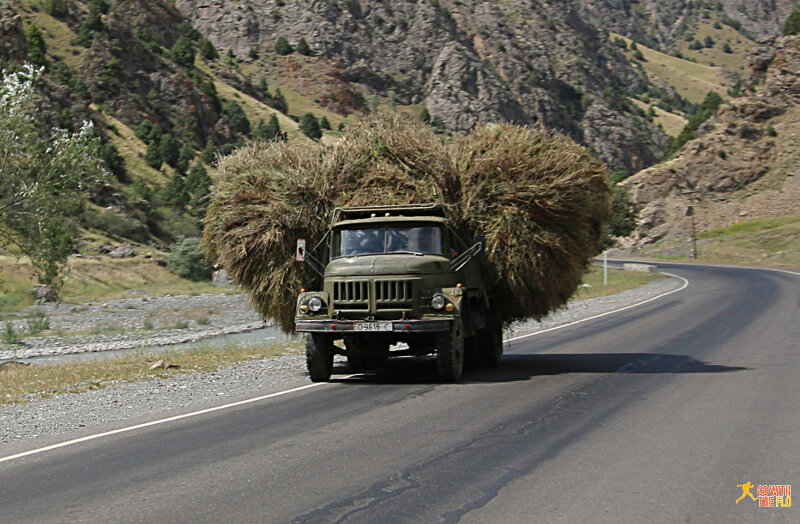 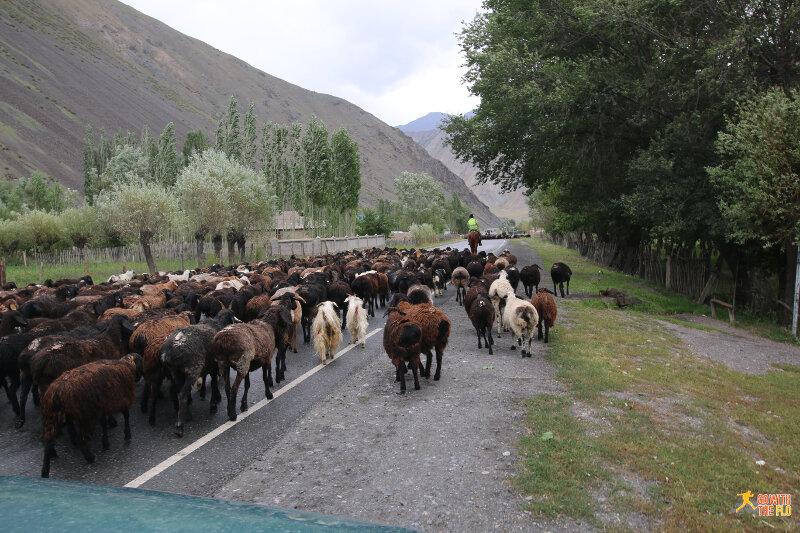 We were slowed down by a few road blocks 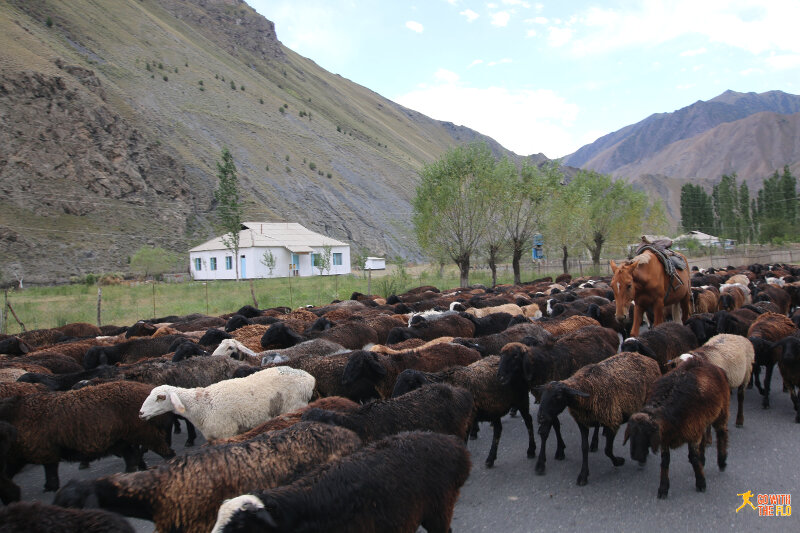 Can you spot the horse hiding?

We finally made it to Osh at around 4.30pm and I was certainly looking forward to a day without driving. The Pamir Highway was absolutely worth it and I found the people and nature fascinating!