I have a keen interest in traveling to former colonies and see what kind of traces there still are from the past. Last year I visited Qingdao in China, which used to be German – quite a unique combination. There are some common combinations like Africa and former French or South American and former Spanish. But its the more exotic combinations that I somehow find intriguing.

One such place that has been on my radar for a long time is East Timor (or as it is officially known, Democratic Republic of Timor-Leste). 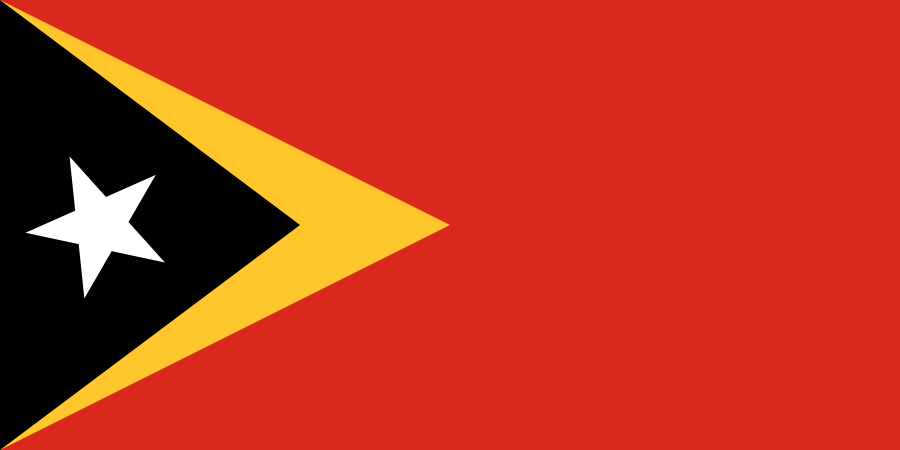 Flag of the Democratic Republic of Timor-Leste (source: Wikipedia)

Located on the island of Timor, the western half is part of Indonesia while the eastern section is an independent nation. Thanks to European colonial times, the Dutch occupied the west of Timor while the Portuguese got the East. Several centuries later when finally also Portugal started releasing their colonies into independence, the national identity in the east was too different to support a majority to join Indonesia. 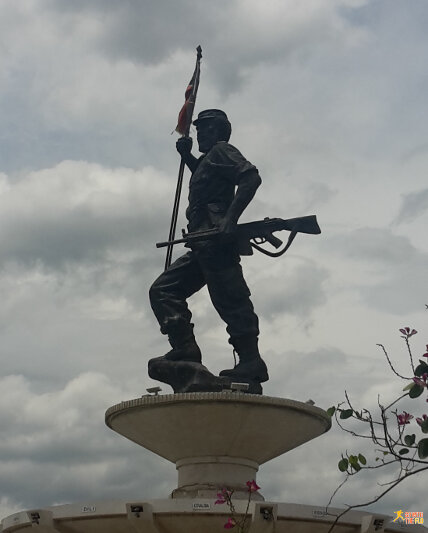 Timor-Leste’s history is quite interesting (I recommend you read the Wikipedia article): after centuries under Portuguese colonial rule, except a brief break during World War II, Portugal had bigger problems to worry about than some small colony far, far away once the military government was toppled in the 1970s. Locals were quick to organize political parties, with a majority of them supporting independence rather than joining neighboring Indonesia. Indonesia saw things differently and once Timor-Leste finally declared independence, Jakarta did not wait long (and with the blessing of the USA), quickly invaded the Eastern half of the island. What followed were harrowing times, with a significant portion of the population killed or starving. The East Timorese continued resisting through guerilla fighting from 1975 onwards. Jakarta finally agreed to a referendum once President Suharto was gone, with the overwhelming majority of the population voting for independence. After a last rampage, Indonesia troops left in 1999 and with the support of the United Nations, Timor-Leste became the youngest nation on the planet (until South Sudan a few years later). Nowadays, Portuguese is again official language (besides the local Tetun) language and is taught in school. Personally I don’t see how this is more useful for today’s children than Bahasa Indonesia or English would be but I am not to judge. 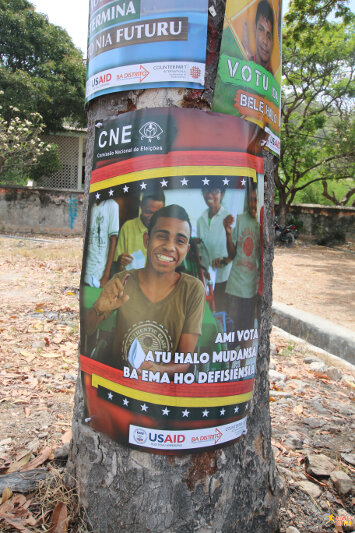 Poster prompting people to exercise their right to vote

The country has one airport in the capital city of Dili. There are daily flights in Darwin in Australia and Denpasar/Bali in Indonesia. Neither is cheap and on a good day, you’re looking at least at S$350 return for either option (and these are relatively short flights with Darwin less than an hour away and Bali about 1hr45mins). Good news for European passport holders: you no longer need to buy a USD30 visa upon arrival but are stamped in for free now. Other nationalities can just buy their visa upon arrival. You can travel overland as well from Kupang in West Timor, but it is apparently a long drive and I am not sure whether you can get in without a visa overland as well.

I traveled through Bali and had the option of Citilink or Sriwijaya Air, going with the later. Despite the 5hrs delay, it was fine. 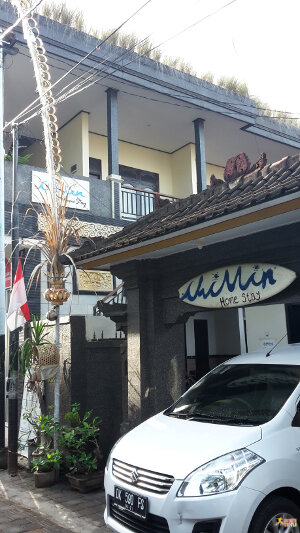 You’ll most likely spend at least one night in Bali before flying to Dili. I stayed at the “Chillin Kuta Homestay” just a three minutes walk form the airport. 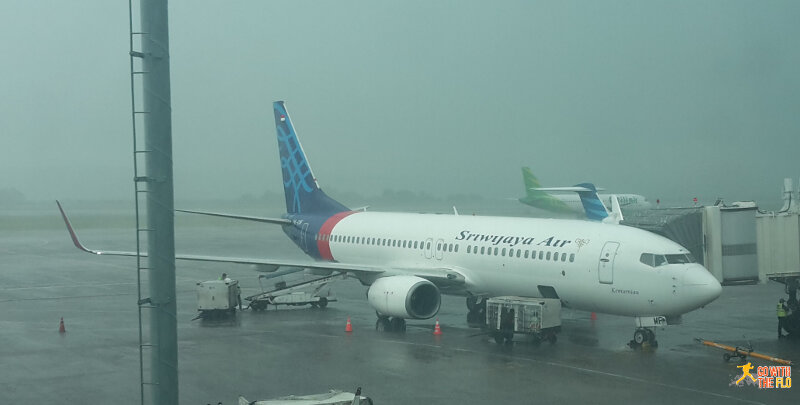 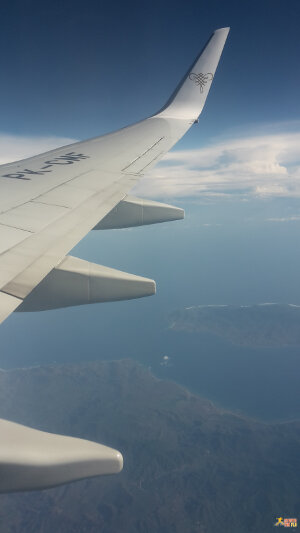 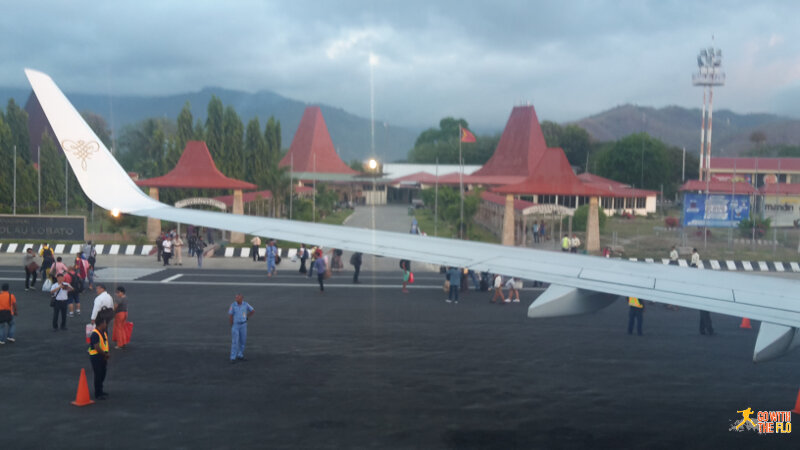 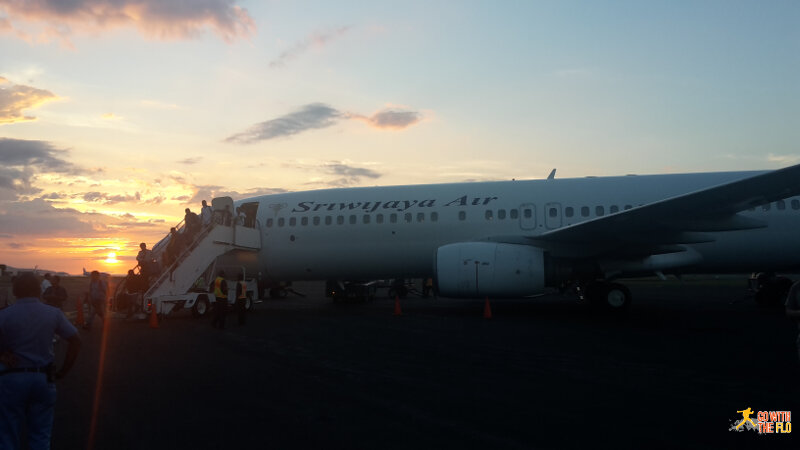 Thanks to a five hour delay, we landed just before sunset

If you are looking for a value-for-money destination, they you may want to stop reading. Timor-Leste is expensive. I guess the influx of UN and NGO staff just drove up prices and there seems to be sort of parallel prices for locals and foreigners. But compared to other destinations in the region, it is significantly more expensive. A taxi ride from the airport to town (5-7km) will cost you between USD8-10. Accomodation is more expensive than neighboring countries at worse quality. The country uses the US Dollar as its official currency by the way.

According to the World Bank, the country saw 60’000 visitors in 2014, with only nine countries worldwide receiving less visitors (for example Liechtenstein which has a fraction of the territory and population). So you guessed right that there isn’t really much of a tourist infrastructure there. Getting around can be difficult due to road conditions (especially during wet season) or lack of public transport.

During my stay, I only visited one destination besides Dili – Atauro Island – which is probably the most visited place in the country.

This may sound pretty negative but if you don’t mind these drawbacks, you’re in for a fascinating place to visit. It’s just very exotic to be in a formal Portuguese colony in such a remote place in Asia-Pacific. The landscape is beautiful as you will see in the following installments and you won’t have to share it with any other tourists. 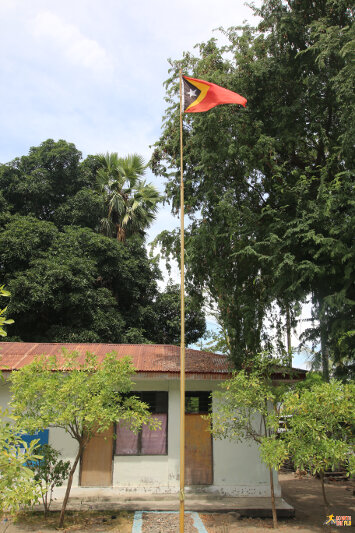 The East-Timorese still support the Portuguese soccer team. Just look at this video of the streets of Dili after Portugal wont the Euro Championships in 2016: