Pulau Tioman: How to get back

After beautiful days on Pulau Tioman (more on that later), it was time to head back on Sunday morning. As written earlier, we only managed to get tickets for the 9am ferry. After the long queues at immigration on the way there, we didn’t mind so much anymore as it would mean we could clear earlier and hopefully avoid the worst.

Even though we had our tickets in hard already, we again had to be there an hour early. Not knowing better, we did so and did not regret it. There was already a long queue for registering on the boarding list. Once done, we had our boarding pass in hand and proceeded to clear customs (Tioman is duty free). Up until this point, it seemed to straight forward. And indeed it was too straight forward.

We had individual boarding numbers. In the boarding hall after a while (around 9am) they let people board. After a while boarding stopped for not apparent reason. After a while, word made round that until up to sequence number 116 would be boarded. We were in the 190s. So they proceeded to look for the people who were supposed to board but hadn’t. That took a while. The ferry left about 30mins late.

I’ll spare you on the details but to put it mildly, it was very poorly organized with not announcements (loud speakers weren’t working and neither were the TV screens). We ended up leaving 75mins late. Which of course meant, we missed our direct bus to Singapore.

As luck would have it, all buses to Singapore or JB were sold out. We ended up taking a taxi with another couple for 200 MYR. We reached the checkpoint by 3pm with little queues on the Malaysian side. Until we tried to get on a bus to get to the Singaporean side. Massive queues. So once again we walked. 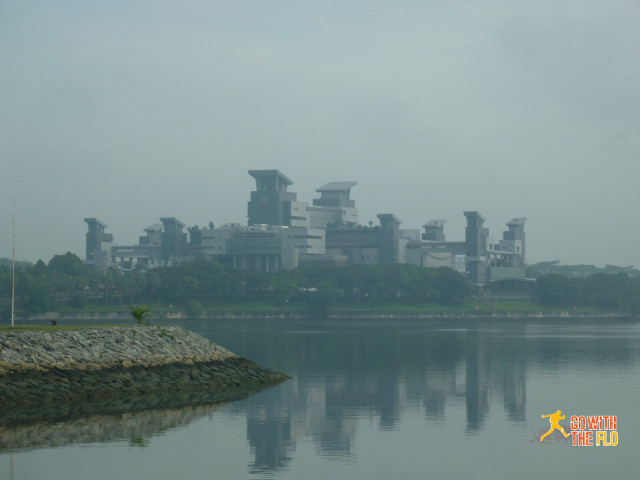 Happy to see the low-key immigration checkpoint of Woodlands again after the long trips.

Luckily, from there on it was all good again. We were swiftly through Singaporean immigration and quickly managed to get a direct bus close to our hood.

The last leg of our trip.

All in all, the door to door trip took us 8.75 hours… not something we’ll repeat anytime soon.

On a brighter note: friends of ours had private transport arrange and left Singapore around 4am. They managed to catch the 6.30am ferry to Tioman and were having breakfast at the hotel by 9am…