From Johor Bahru to Singapore (via China)

Over the past year I’ve traveled to China twice – Qingdao and Hangzhou. Both were weekend trips and yet they required a proper visa which meant going down to the visa center to drop off and pick up my passport and fork out around SGD100.

For a while I’ve been intrigued by the Chinese Transit Without Visa (TWOV) program that let’s selected nationalities transit at selected airports from 24 to 144 hours (depending on the airport). It is only available if you fly non-stop into and out of China. Passengers must have confirmed onward tickets to a third country (not the PRC, and not the country from which they arrived). There is a very good thread on Flyertalk explaining the rules.

Back in April, AirAsia announced that they would start flying from Johor Bahru (a few miles north of the Malaysia-Singapore border) to Guangzhou. This could be combined with a return flight from Guangzhou back to Singapore on Scoot and I would fulfill the requirements for the TWOV. I ended up booking the following itinerary:

AirAsia started promoting the new route with introductory pricing of MYR96 (SGD32) for the four hour flight. The return on Scoot ended up costing CNY418 (SGD87) including an annoying SGD10 credit card surcharge…

So for an overall SGD119 per person we booked our Guangzhou trip. 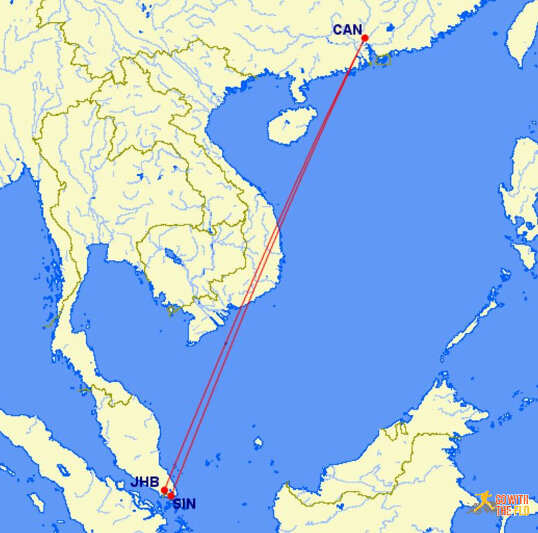 Maybe not the most direct transit through China that has ever been booked.

I traveled with a friend and our trip started out by taking a Malaysian taxi from Ban San St. Taxi Kiosk at Rochor Rd Friday evening across the border to Senai Airport north of Johor Bahru. 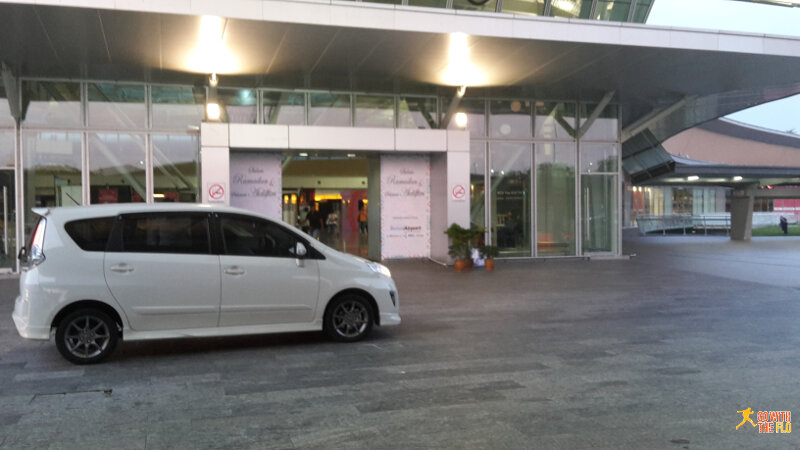 We were slightly worried whether there would be any complications at check-in since we did not have visas and the Guangzhou flights just started two weeks prior and probably there had not been many guys with an itinerary like ours. But we did not encounter any issues and spent the next two hours waiting for our flight. We arrived quite a bit early since traffic at the border is unpredictable on a Friday evening. 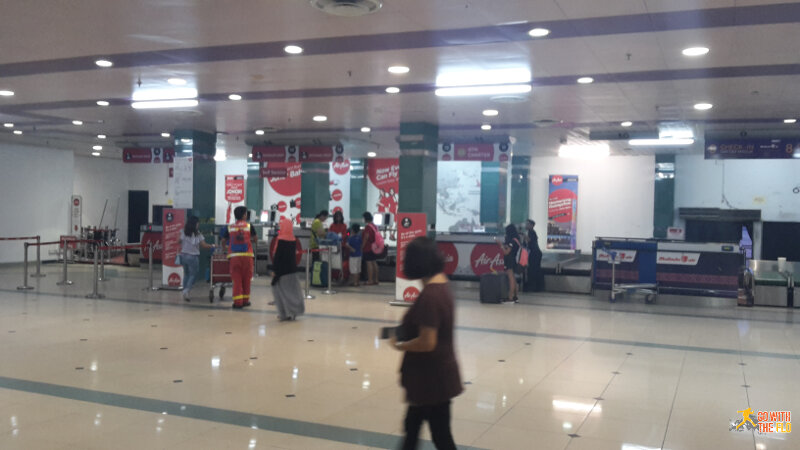 Not too much action at JHB on Friday evenings.

Our ride to Guangzhou

The flight was a typical non-eventful four hour AirAsia experience and we arrived at an empty Guangzhou Baiyun International Airport on time. At immigration we were directed to the “Special Needs” lane and were processed without any awkward questions within a few minutes. Having a printout of your onward ticket does help! We hopped into a taxi and reached our hotel, the New World Hotel just a bit over an hour after landing around 3.30am. 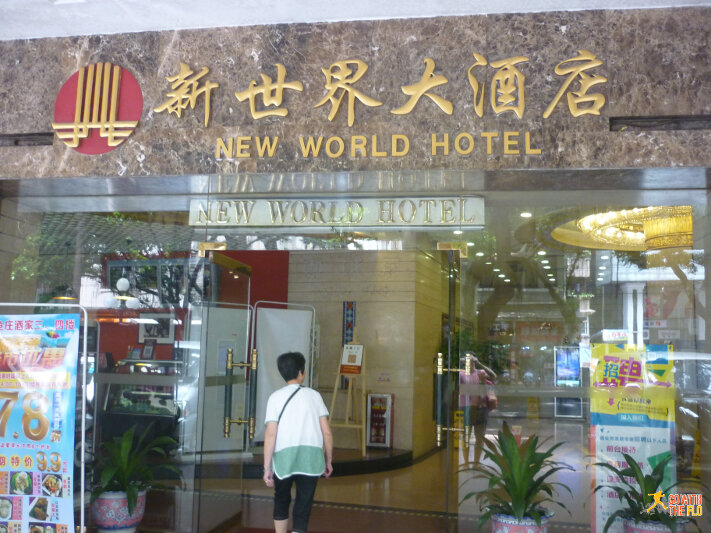 The hotel was in a good, central location and clean. We paid around USD63 and got a nice room. Would I stay here again? Probably. Was it a classy hotel? Nope. They sure did have a good photographer for their website though!

After sleeping in Saturday morning, we went out to explore the city a little bit. We started out with a temple around the corner from our hotel, the Guangxiao Temple (光孝寺). 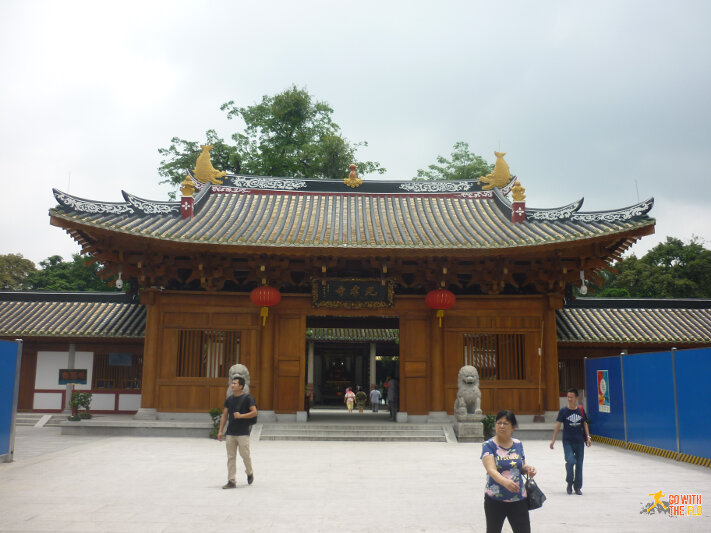 Entrance of the Guangxiao Temple 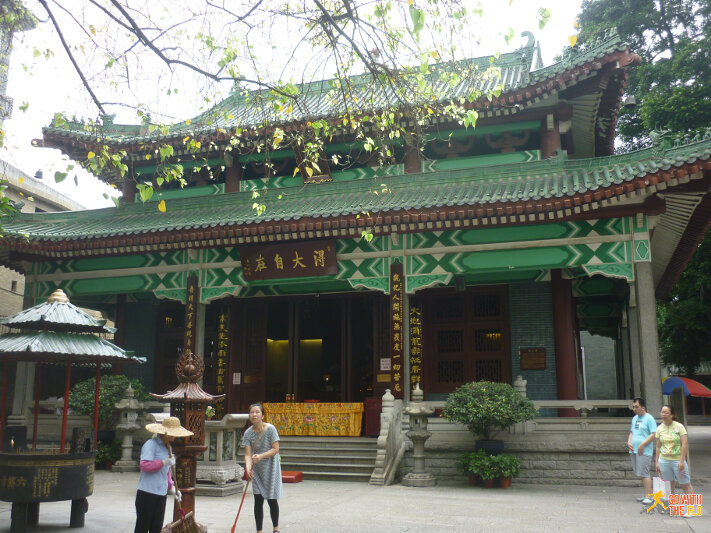 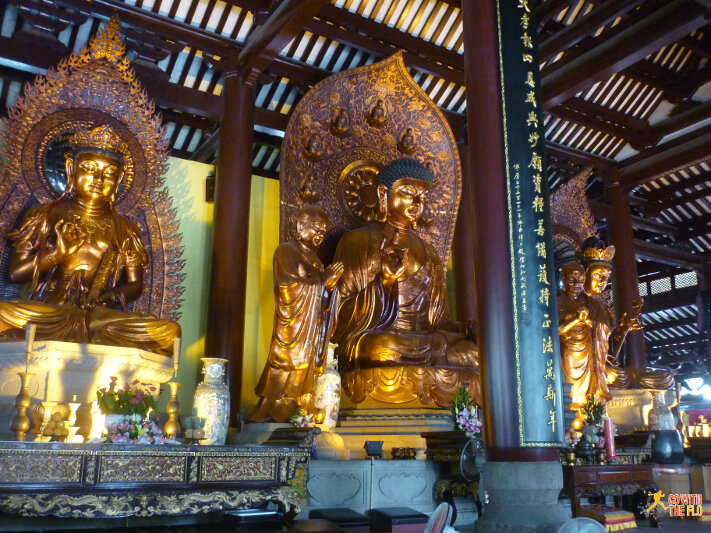 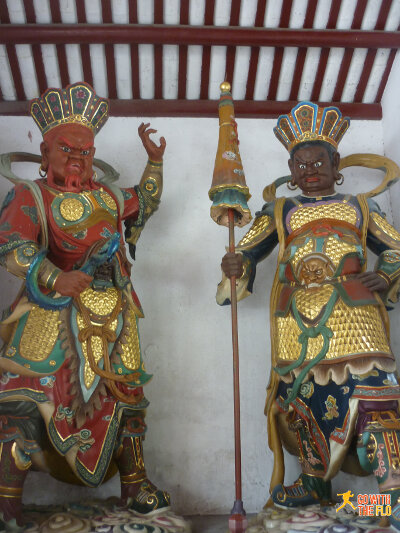 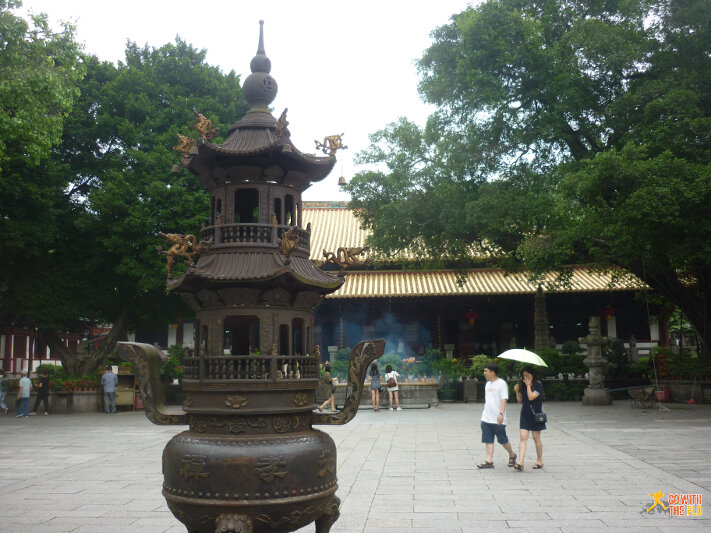 From there we walked through some back alleys to another temple, the Temple of the Six Banyan Trees (六榕寺). 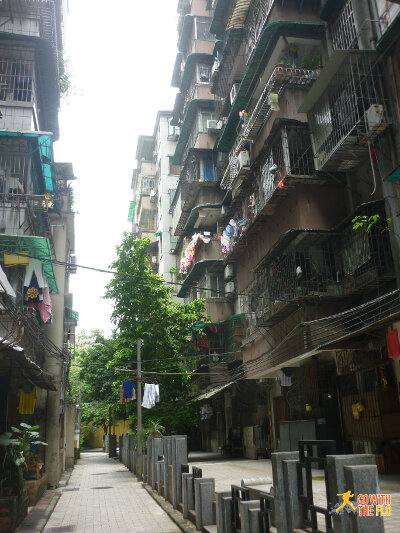 Temple of the Six Banyan Trees 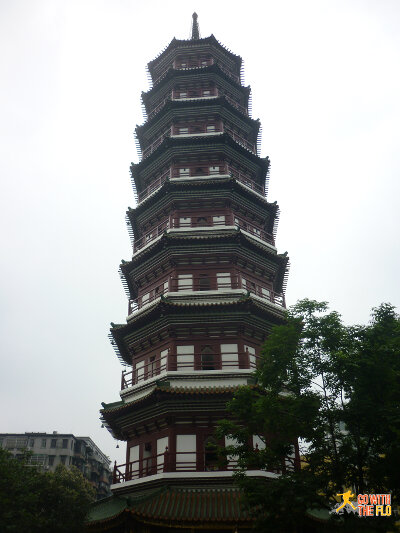 That was then enough culture for the day and we hopped into a taxi that would take us to Qingping Market, the place to go for agricultural complementary products and traditional Chinese herbal medicines (not that we were intending to buy either of these).

It was interesting but didn’t manage to capture our attention for more than half an hour. 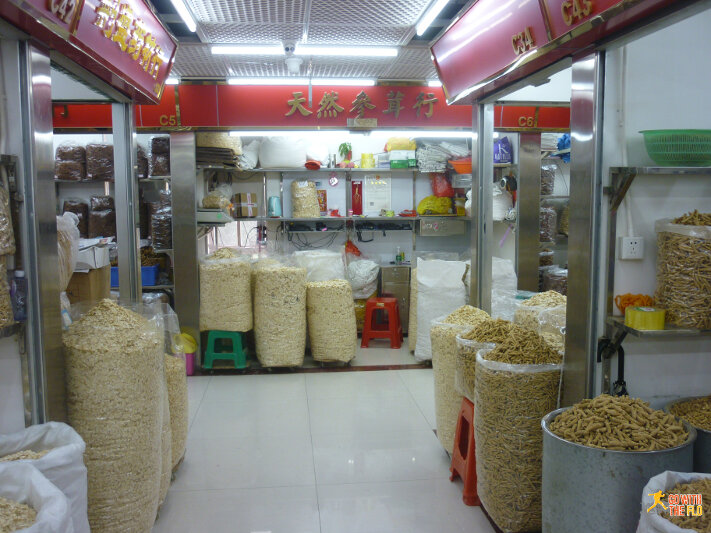 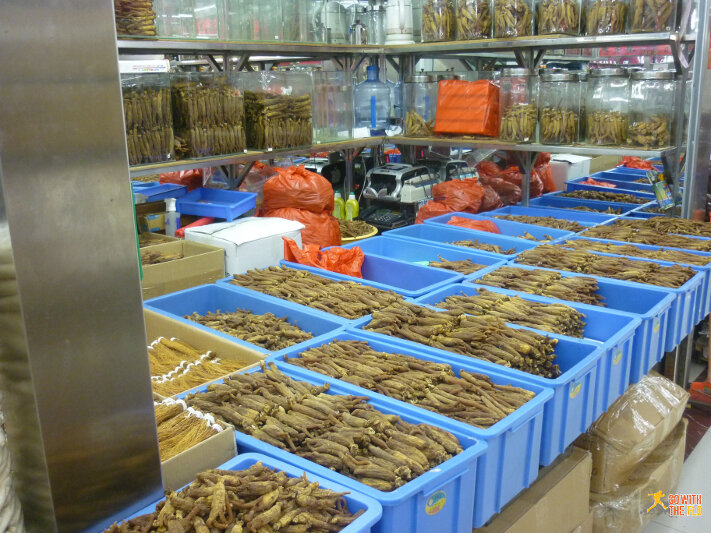 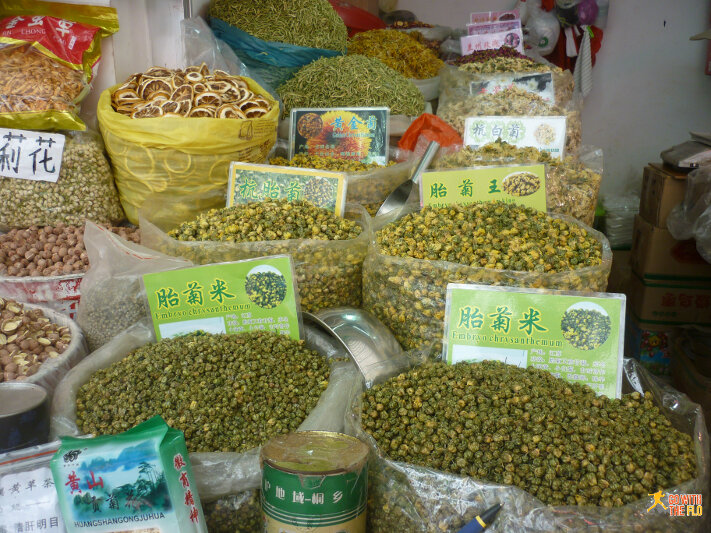 Our next stop was the Baiyun World Leather Trading Center, the place to go for… leather goods. We took Guangzhou’s modern subway system to get there. I did not take many photos inside this complex – for obvious reasons sellers were not too keen on taking photos.

After the short night we started to get tired and decided to take it easy for the rest of the day. Trying Uber for the first time in China, we drop to the “Party Pier”. This area south of the Pearl River (or Zhujiang) used to the location of the Zhujian Brewery and has now been converted into a bar and club area. Quite well done. 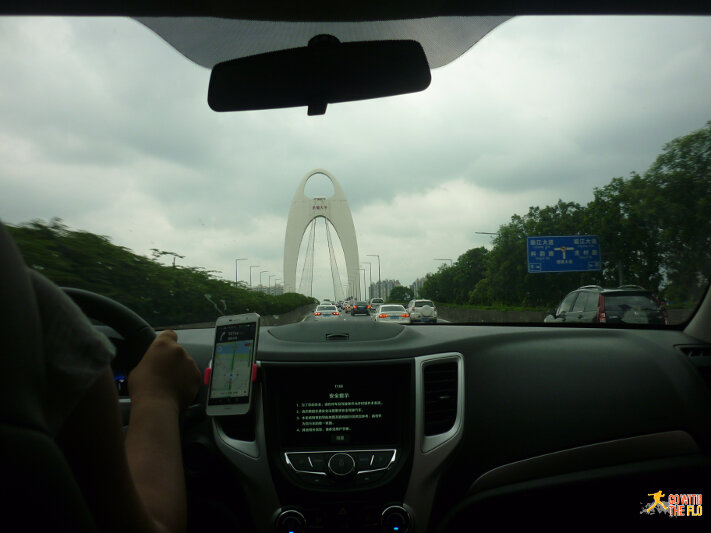 Crossing the Pearl River on the Liede Bridge 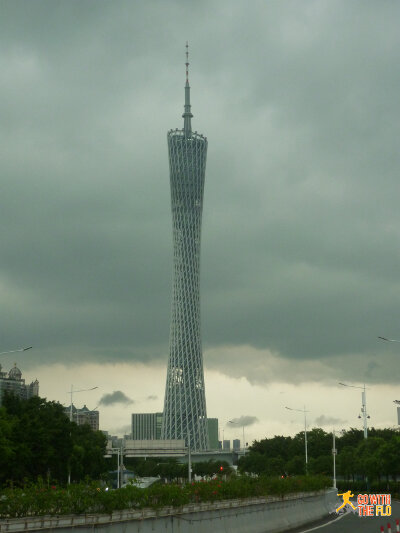 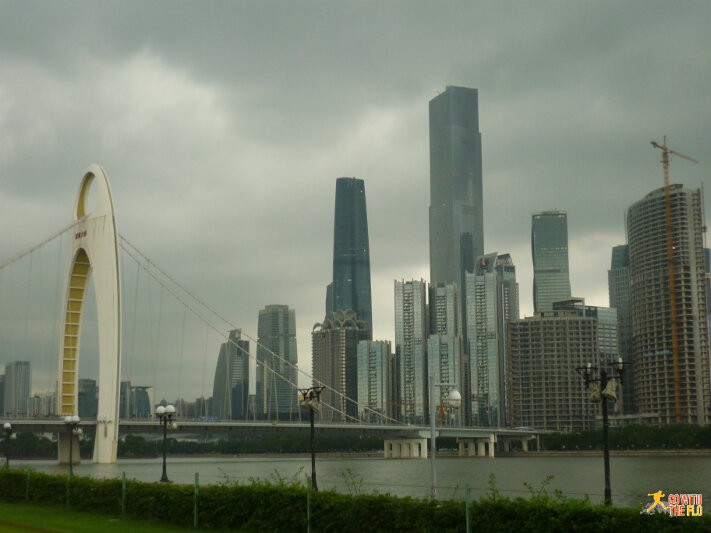 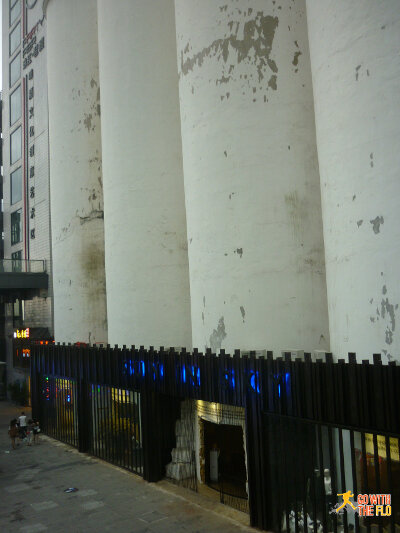 Former part of the brewery now converted into shops and restaurants

All restaurants have a Western twist… American steakhouse, American seafood, Mexican, Italian etc. We got ourselves comfortable at McRocky, a Western-themed steakhouse with nice views on the river. 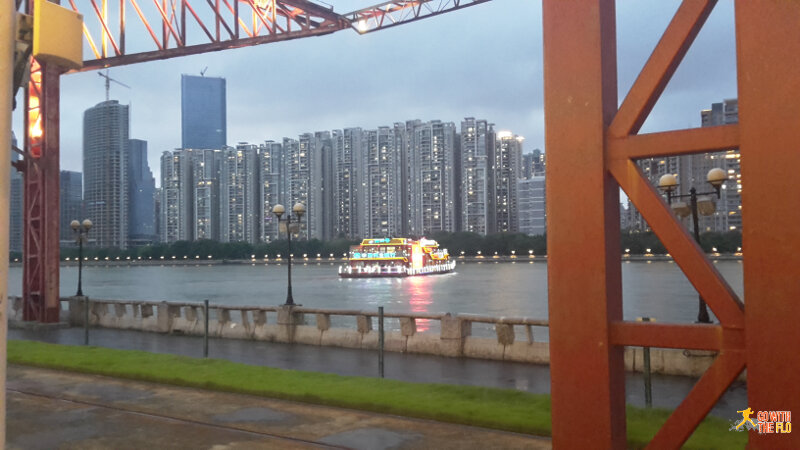 At 9pm the Euro Football Championship game between Switzerland and Albania started which we watched. 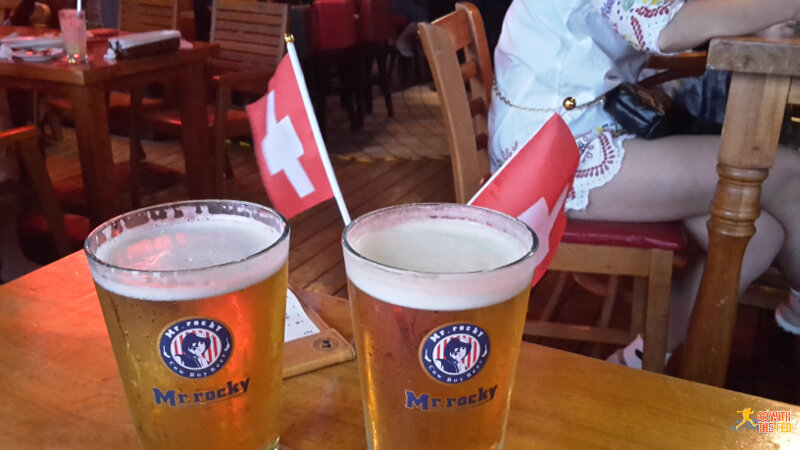 After the game ended around 11pm we ordered an Uber and headed back to the airport, getting there just before midnight. By now we were very tired and check-in wouldn’t open for almost another hour. Needless to say, it was not the most pleasant part of the trip while we waited for our 3.45am departure to Singapore.

Scoot has a program whereby one can bid for an upgrade to their “business” class. I consider it more of a premium economy however it is a signficant upgrade from the 3-3-3 configuration in economy. As on my previous Scoot flights, I bidded the minimum amount possible (around CNY350 – SGD74) and ended up getting the upgrade. 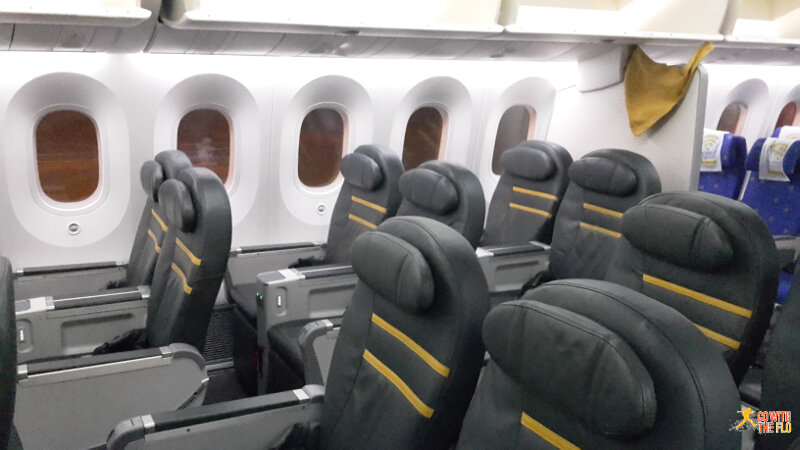 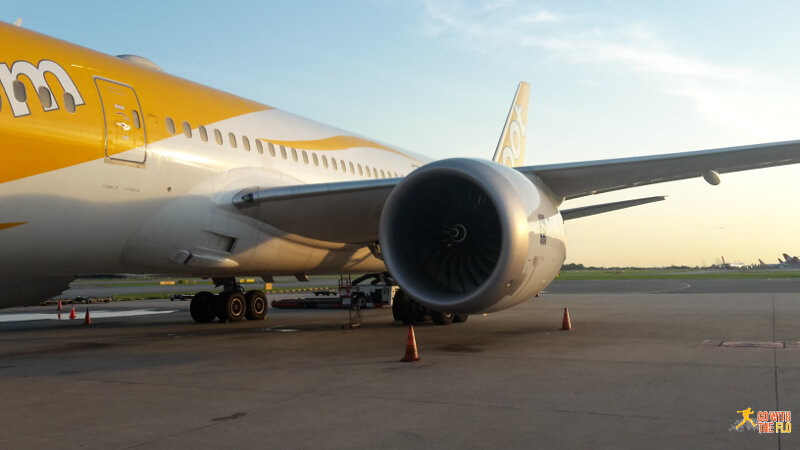 We landed at Singapore over an hour early and as always were quickly through immigration. Exhausted but happy, we were back from our Johor Bahru to Singapore via Guangzhou trip and had managed to transfer through China without a visa.