A day in Dushanbe, Tajikistan’s capital

After a long day of traveling, I was finally in Dushanbe, capital of Tajikistan. I rented a place through AirBnB. It turned out to be an apartment in a very central location in a Soviet-era building. Great experience for a two night stay.

My first impression of Dushanbe was positive. I can’t compare it to any other Central Asian capitals, but it is clean, not too much traffic and generally laid back.

The main goal for the Dushanbe stay was to secure a ticket on the flight to Khorogh, capital of the Gorno-Badakhshan Autonomous Region. Tajik Air flies during good weather and the choice is either a <one hour flight on their An-28s or a >12 hours drive on bad roads. It was an obvious choice and I went straight to the Tajik Air main office to put my name on the list for two days after. They told me to come back the next day when it would be clear whether the weather is good enough for the flight to operate. The next morning it was cloudy and raining so I figured the flight was cancelled and all passengers bumped to the next day. I still went back to the office and was told the flight wouldn’t operate for the next three days. Bummer. 12+ hours road trip it is. The folks at Tajik Air aren’t particularly customer focused by the way. But I guess you can afford that if you have an monopoly on the route and only compete with day-long car ride alternatives.

Once the weather cleared up, I walked around Dushanbe. Compared to Uzbekistan there are a lot more flags and portraits of the leader, Emomali Rahmon, who has been in office since 1992. 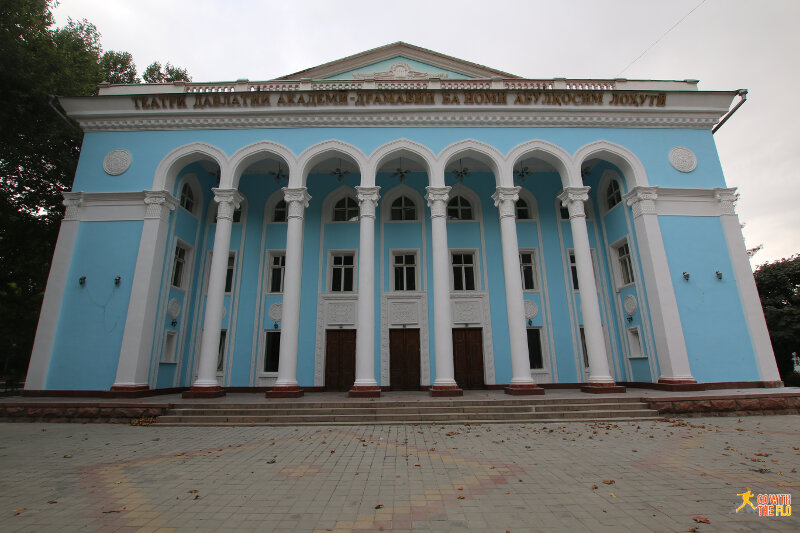 Building in Dushanbe (forgot what it was) 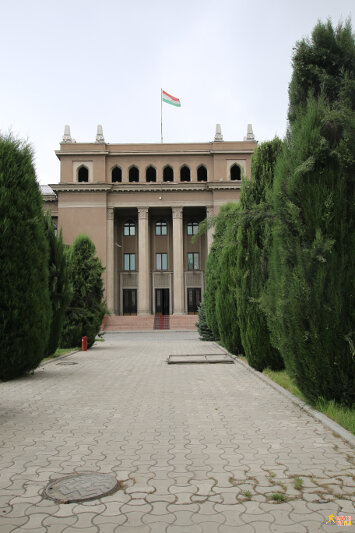 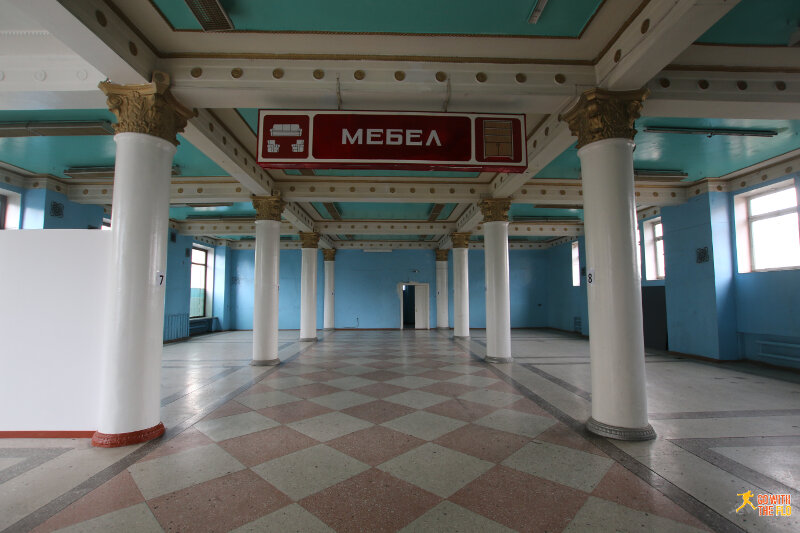 Inside the city’s main department store – Tsum. Not running at full capacity. 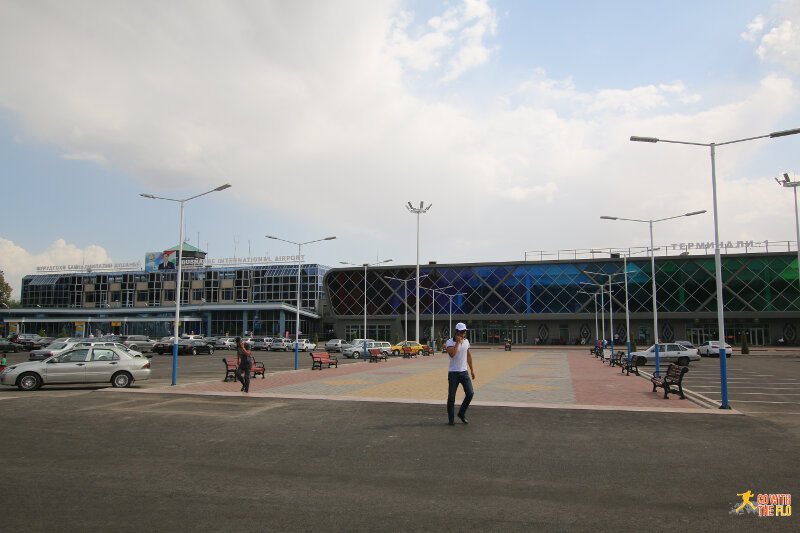 Old and new terminal at the airport. A few flights a day to Russia and neighboring countries. Few flights a week to Dubai, Istanbul. 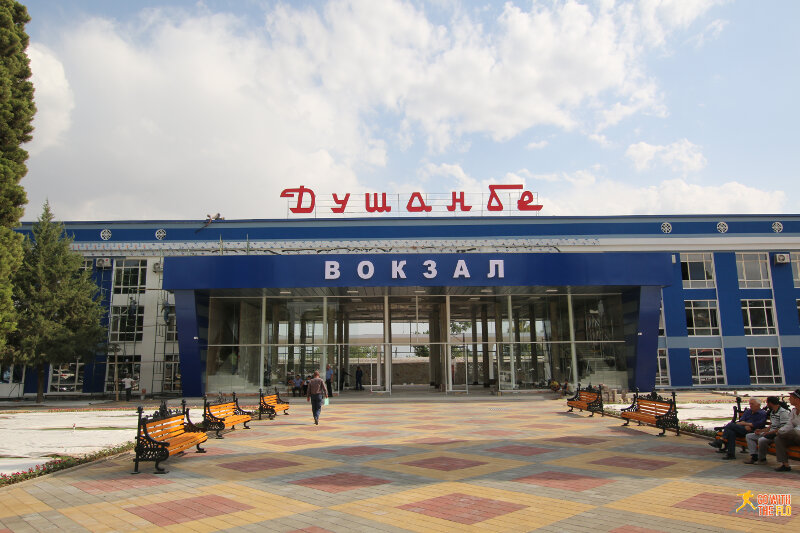 Train station with connections to Russia. I was yelled at for taking this photo.

Ecuadorian bananas at the market in Dushanbe… global trade. 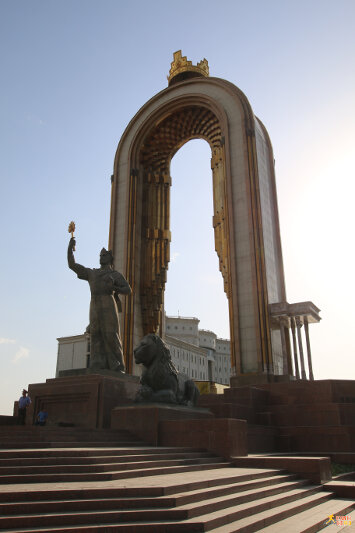 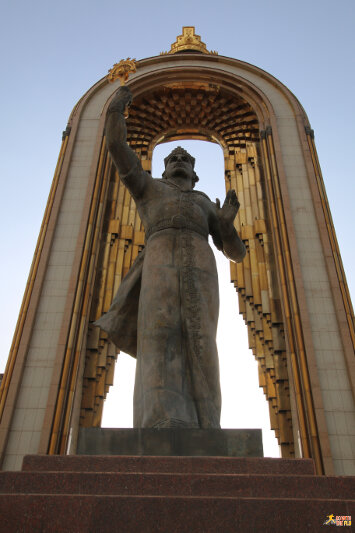 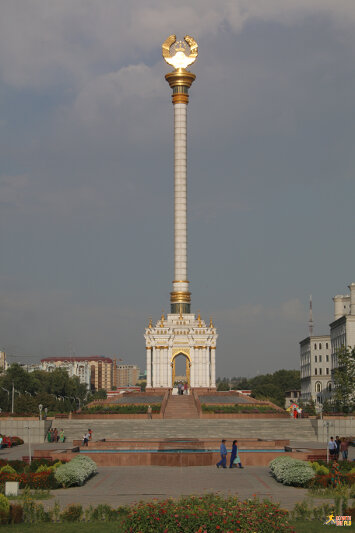 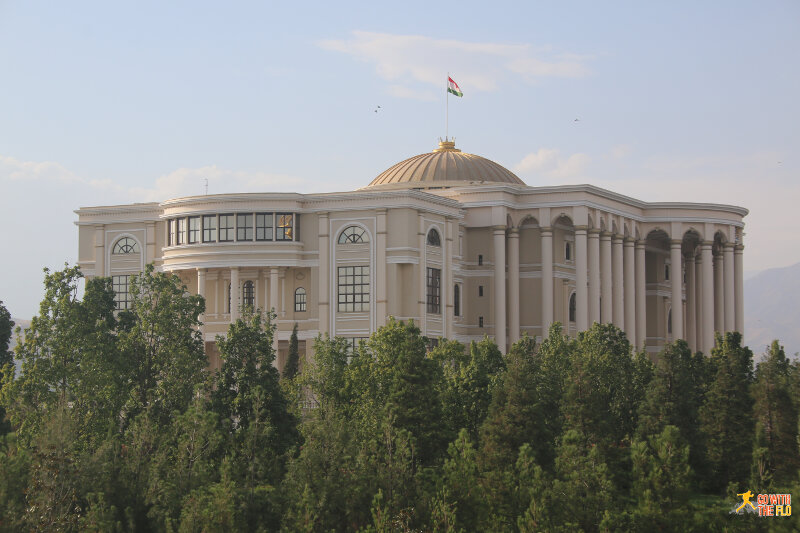 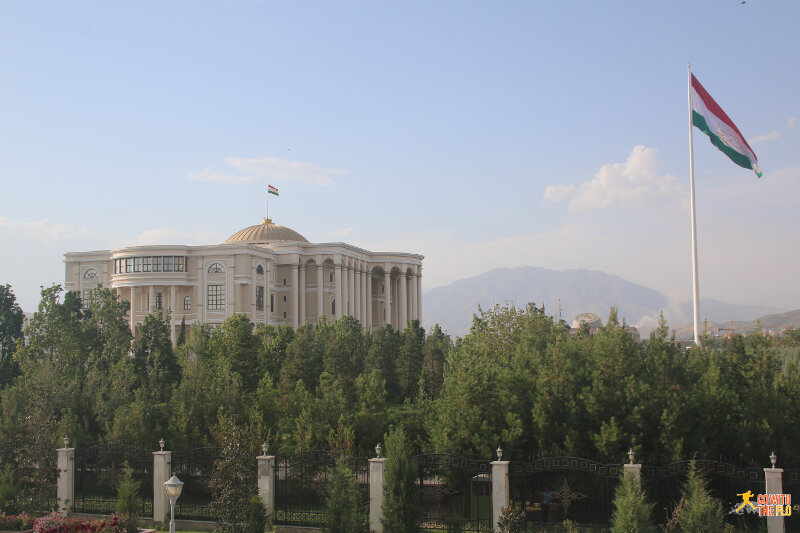 … the world’s second tallest free-standing flag pole in the world (thanks, Saudi Arabia for taking the record) 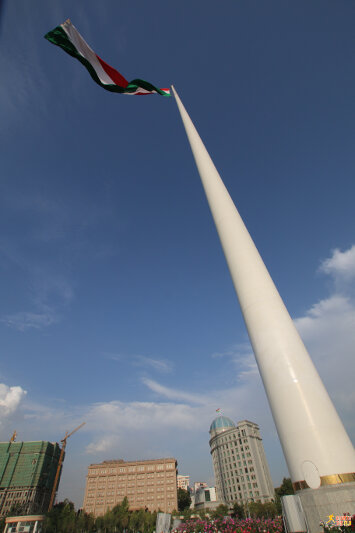 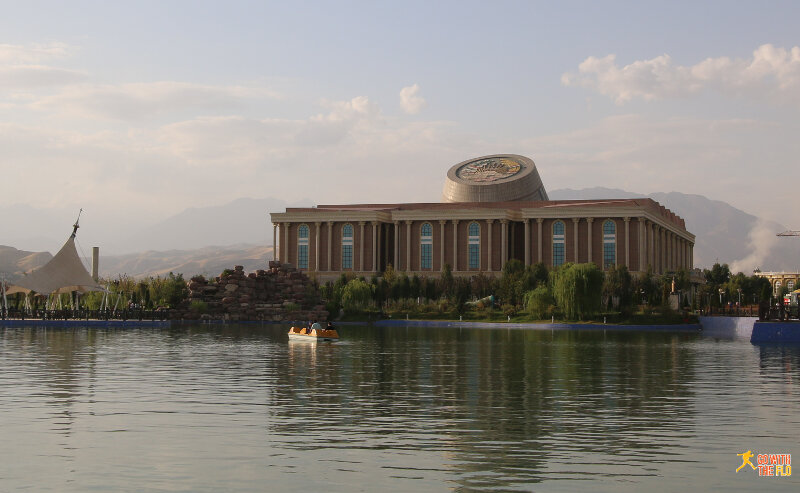 Dushanbe is nice for a day. A laid back city with some unique monuments and good restaurants. But a day was enough and while unhappy about not being able to book the flight, I was curious for the drive to Khorogh.