My S$600 ticket for a two hour flight

My initial plan was to take a cheap flight from Singapore to Amritsar and catch one of Turkmenistan Airlines’ bi-weekly flights to Ashgabat, which are fairly cheap. However I underestimated how tough it is to get a visa and by the time I left for Amritsar, I still had not received my visa. I had planned to cross into Uzbekistan from Turkmenistan and luckily my visa for Uzbekistan was already valid a week before my intended travel date.

Hence, change of plans. Fly to Tashkent, Uzbekistan. The flag carrier, Uzbekistan Airways, operates twice weekly service from Amritsar as well, on the same days as Turkmenistan Airlines to Ashgabat. I had been checking seat availability and the flight appeared really full. By Monday afternoon I still did not have my Turkmenistan visa, so I finally decided to fly to Tashkent. By then only business class was available for the two hour flight – at S$600 probably to most expensive flight I have ever taken for a 726 miles flight. Oh well. I booked it and left for Wagah and the Golden Temple.

When I got back Monday night, I had received an e-mail from the travel agency that the reservation was cancelled. Of course by the time I saw the e-mail, their office was closed. There were not other options for several days to get to Tashkent or anywhere close, so I really wanted to take that flight. I called the travel agency the next morning five hours before departure and luckily they were able to book the flight again and ticket the reservation immediately.

Uzbekistan Airways B763 at Amritsar Airport

So I was back at Amritsar Airport 2o hours after arriving from Singapore and flying off to Tashkent. The flight arrived from Delhi and was chockablock full. Business class was unremarkable. Interestingly the built in inflight entertainment system was switched off but instead iPads were passed out. 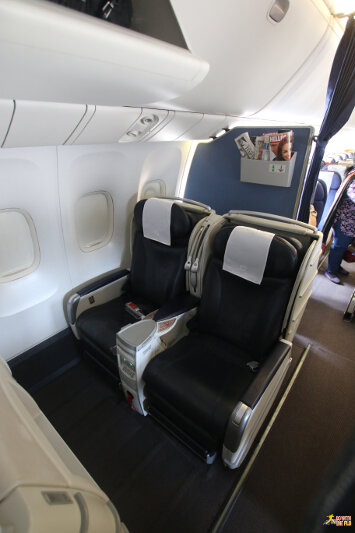 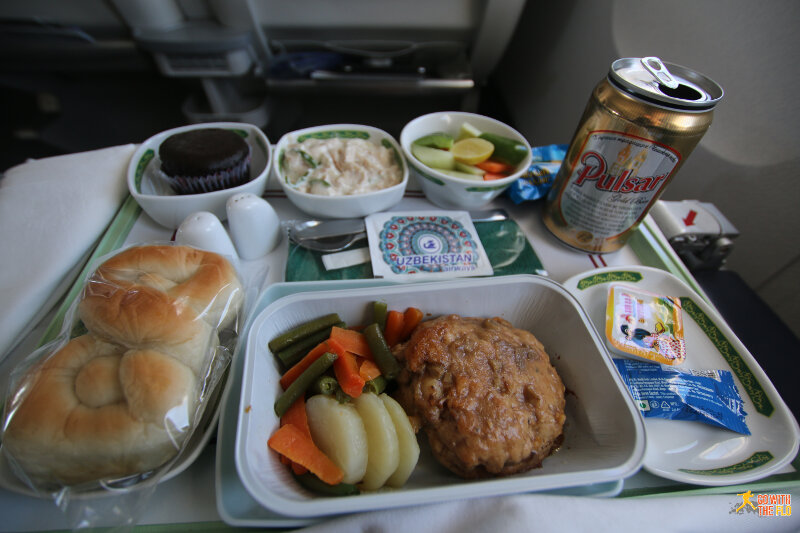 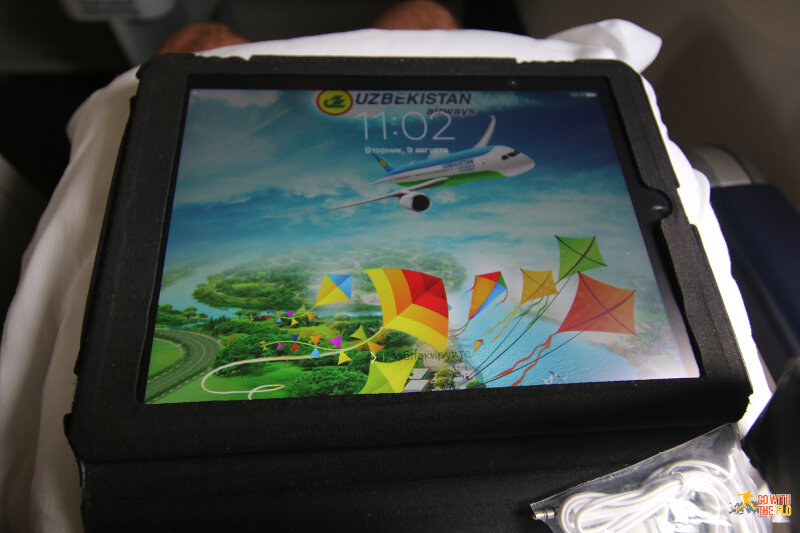 About an hour into the flight we overflew Kabul and 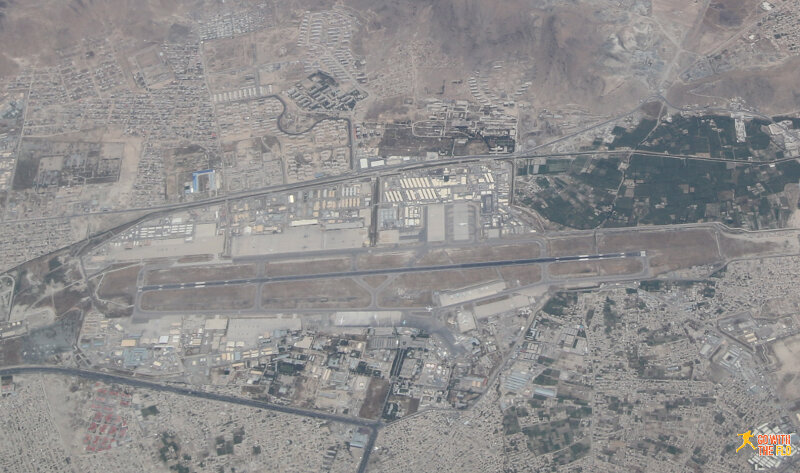 We landed on time at Tashkent International Airport and taxied past the Uzbekistan Airways “museum”. 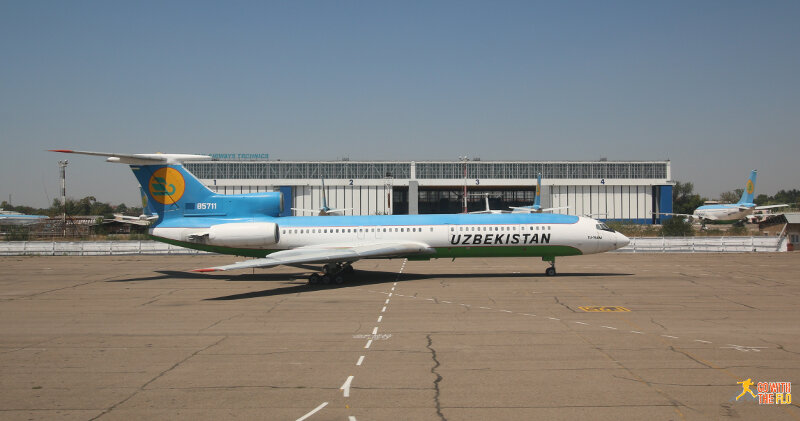 After clearing immigration and claiming luggage at the “Uzbekistan Airways VIP arrivals lounge” I proceeded straight to the departure are to try and buy a ticket for the domestic flight to Urgench. Full. Ok, then to Nukus. Full. Bukhara? Full. The lady was nice and we managed to speak in French (hers being better than mine). She suggested I head over to the domestic terminal and try to get on a flight standby. I did so and jumped in a taxi that drove me 3km to the other end of the airport to the domestic terminal (no award to the genius who came up with such an airport concept, not even offering transfer shuttles). Same story there. For some reason however they took my passport and USD110 and told me to come back later. When I did so, I got a ticket to Nukus! After spending about four hours with absolutely nothing to do or look at, we finally boarded for the roughly two hours flight to Nukus.

For the first time I’d be flying an Ilyushin Il-114. We flew at low altitude and had great views of the Kyzyl Kum desert.

Nukus has a tiny airport 2km north of the city and it wasn’t long until I was finally in a hotel after this unexpected travel day. 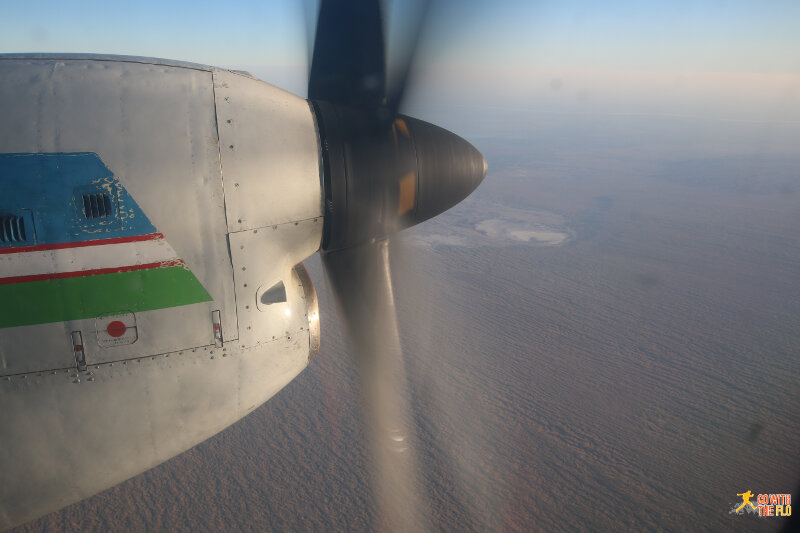