The good and bad of technology when backpacking

I’ve written before about my thoughts on how technology has changed traveling/backpacking. On a recent trip to Hanoi I once again thought about it and have a very good (and a not so good) example to share.

In order to exprience the local vibe, I try to take public transport in cities whenever I can. In Vietnam, that can be difficult as there is very little public transport – everybody just has their own scooter. Taxis have improved significantly since my first visit in 2009 and I don’t feel like I get cheated every time in sit in one. But using a motorbike has form of transport can prove tricky. With Uber (and also competitor Grab) this has become very easy. At the click of a button you can hire a motorbike. The best part is, you know the fare upfront and you know it is fair. Also, since you punch in your destination into the app, there is no need to try an explain the drive where you need to go. I booked rides several times a day and always had pleasant experiences. In Hanoi, most trips around the city center cost me 10’000 VND (0.65 SGD) – cheaper than an MRT ride in Singapore! 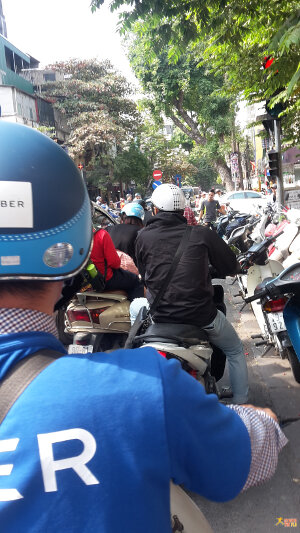 They carry a second helmet for. For the most part their driving style is good (by Vietnamese standards). Though I once had a driver (quite an old uncle) who would drive on the sidewalk… 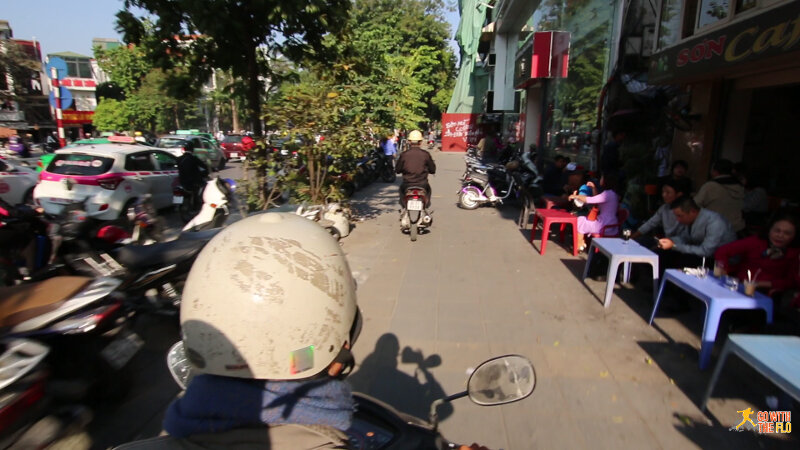 Riding on the sidewalk

As always right after the ride you get your receipt e-mailed. 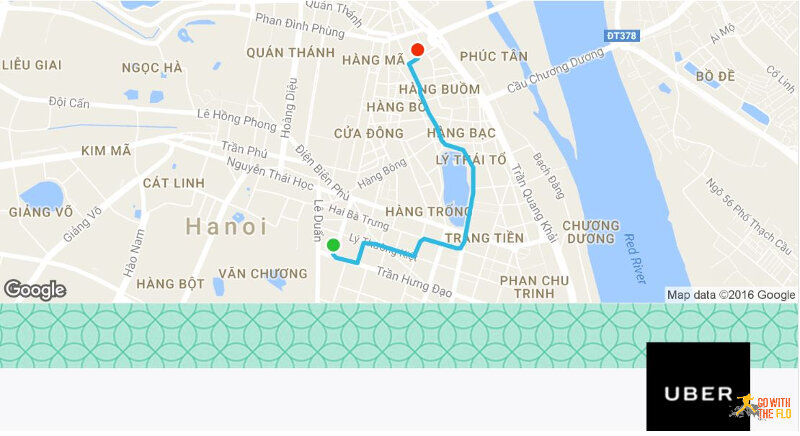 I never really had to wait for more than five minutes for my driver to arrive. Of course, breathing in the Hanoi traffic fumes on the back of a motorbike can be not so pleasant. In that case there is always Uber cars as well which are also very affordable. 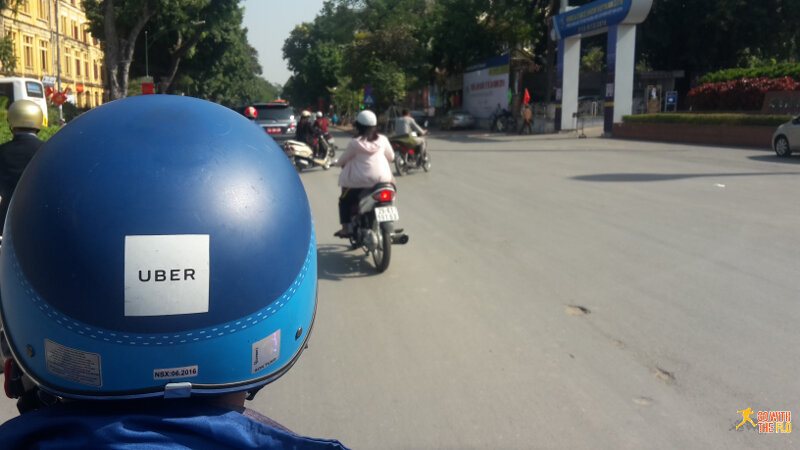 The not so good: WiFi in hostel common areas

While ubiquitous WiFi access has made staying up-to-date in the road much easier and has allowed “digital nomads” to even work full-time while on the road, there are also some downsides.

While having breakfast at my hostel in Hanoi (by the way, I can warmly recommend Hanoi Luxury Backpackers), there were about half a dozen travelers in the common area. “Back in the day”, you would most likely just sit at a table with a stranger and strike up a conversation, hopefully getting some tips or where to go or not to go. Not anymore. Nowadays everybody just eats their breakfast by themselves while glued to the smartphone, tablet or laptop screen. That’s sad.

Next time you travel, make an effort to strike up a conversation with a fellow traveler.