For a long time Hanoi has been on my list of cities to visit. I had actually booked a trip in May 2015 but had to cancel because I wasn’t feeling well. So I gave it another shot. While Ho-Chi-Minh-City is very accessible from Singapore with lots of (cheap) flights, Hanoi is different. Frequencies are less and prices more expensive. This isn’t really surprising when you consider that Singapore is actually closer to HCMC than HCMC to Hanoi. Hanoi is further away from Singapore than Yangon or Bangkok.

So I ended up booking a flight connecting through HCMC which gave me superb views over the city on approach: 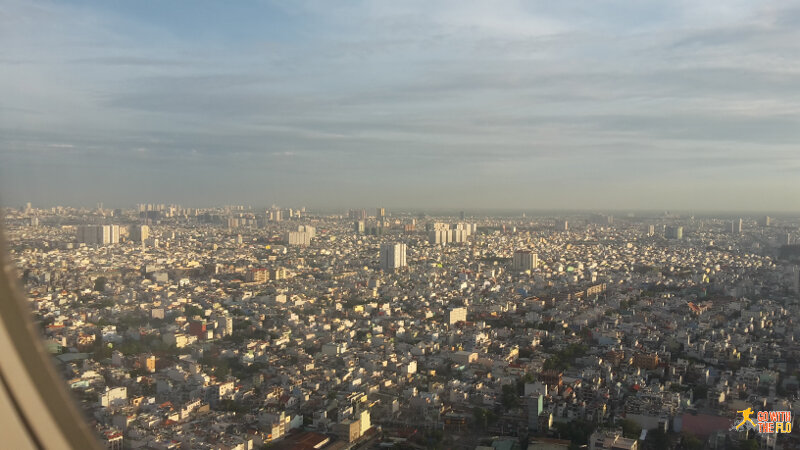 The domestic terminal of Vietjet resembles more of a bus station but an airport. I won’t be complaining though, as my flight to Hanoi seems to have been the only on-time flight the entire evening. I landed safely at 10.30pm, quickly found an Uber and was in the hostel by 11.30pm. I had booked a bed in Luxury Backpackers Hanoi, continuing my streak if good and modern hostels in the region. 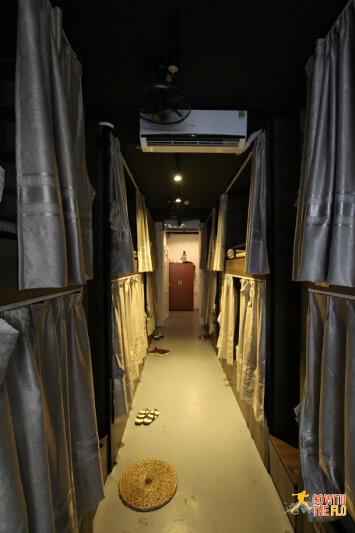 The next morning I set out to explore the city. First stop was the Nhà thờ Lớn Hà Nội, or St. Joseph’s Cathedral. From there I walked around Hoan Kiem Lake and then up north into the Old City. 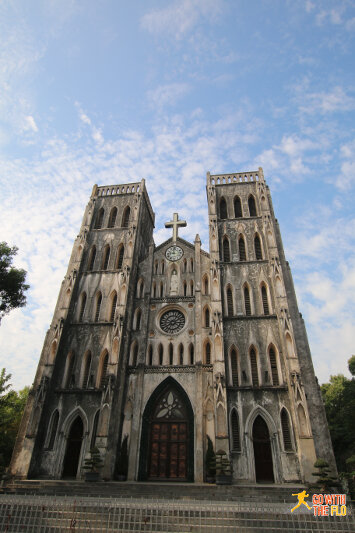 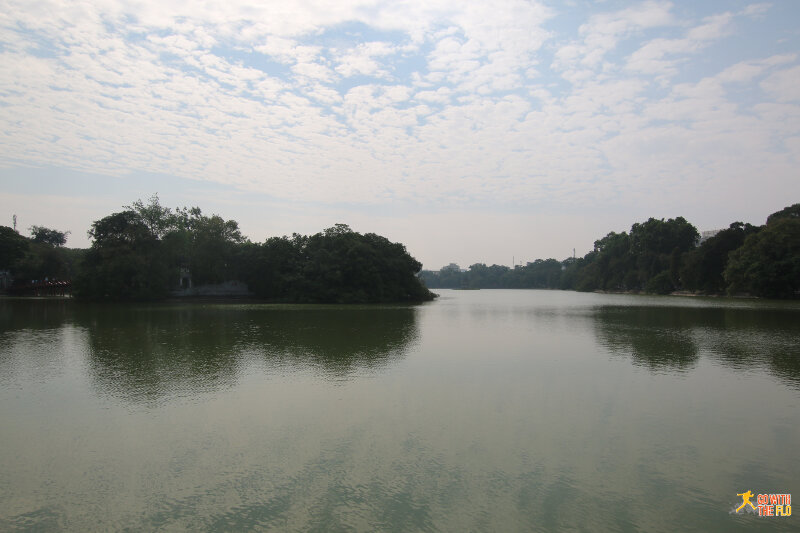 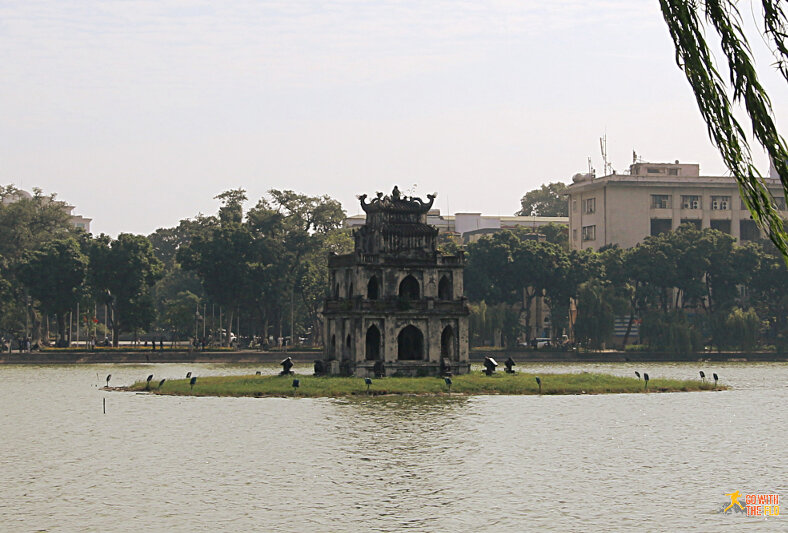 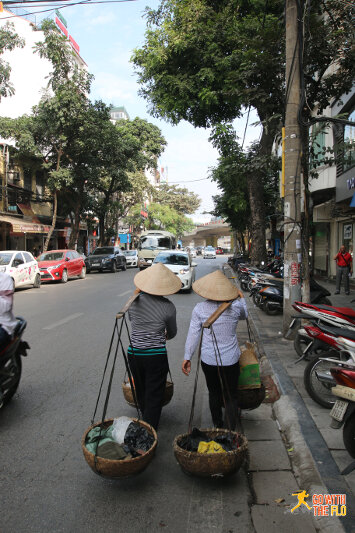 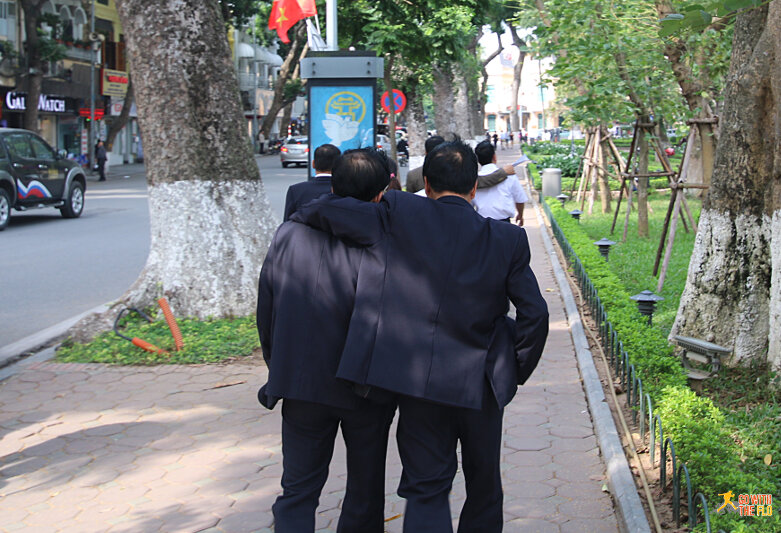 I then stopped for my n-th Banh Mi, this time at Banh Mi Pho Hue (118 Pho Hue). Although you can get banh mi (baguette) everywhere, apparently this is a true northern style banh mi shop that has been around for 50 years. Indeed a very good Banh Mi. 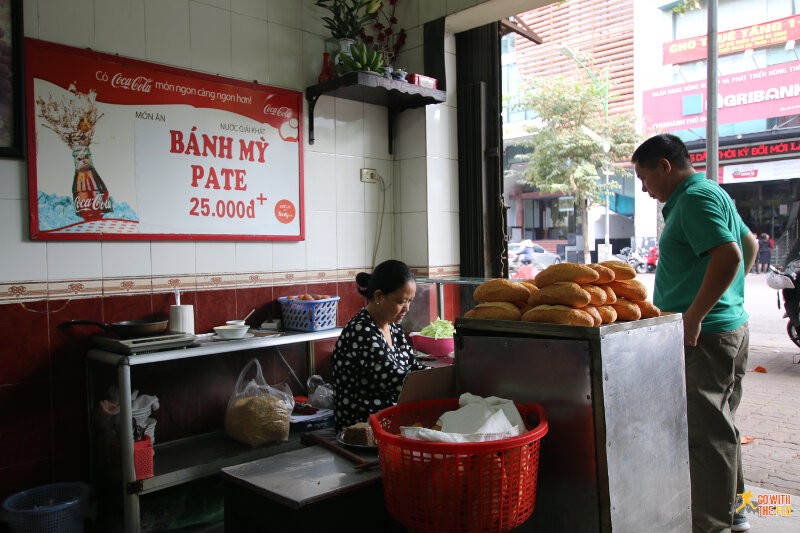 Next stop was the Temple of the Jade Mountain (Đen Ngọc Sơn), also located on a small island on Sword Lake. The lovely Welcoming Morning Sunlight Bridge (Cau Thê Húc) leads towards this temple dedicated to Confucian and Taoist philosophers. 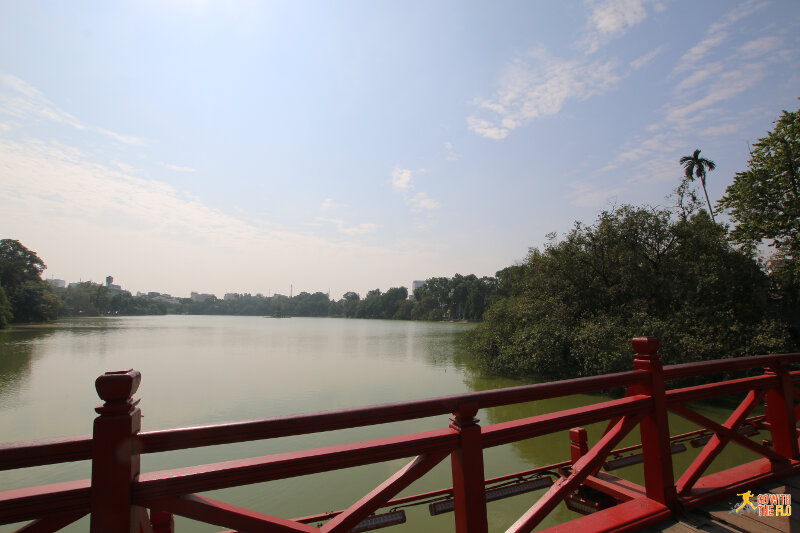 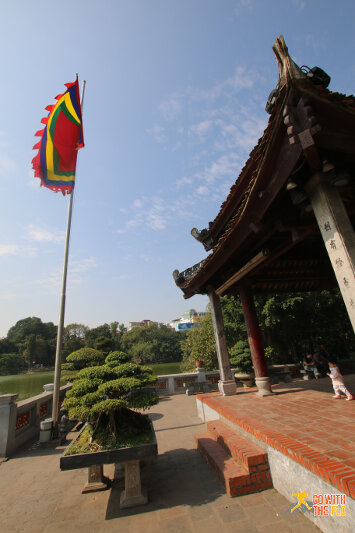 Temple of the Jade Mountain

Temple of the Jade Mountain

Entrance to the Temple of the Jade Mountain

Next on my list was the Hỏa Lò Prison, originally a French prison during colonial times. It was later converted into a prison for American pilots that were shot down during the Vietnam War. Slightly heavy on the propaganda and obviously not an unbiased narrative (prison was horrible during colonial times but more of a Hilton during the Vietnam War) but nevertheless very impressive. 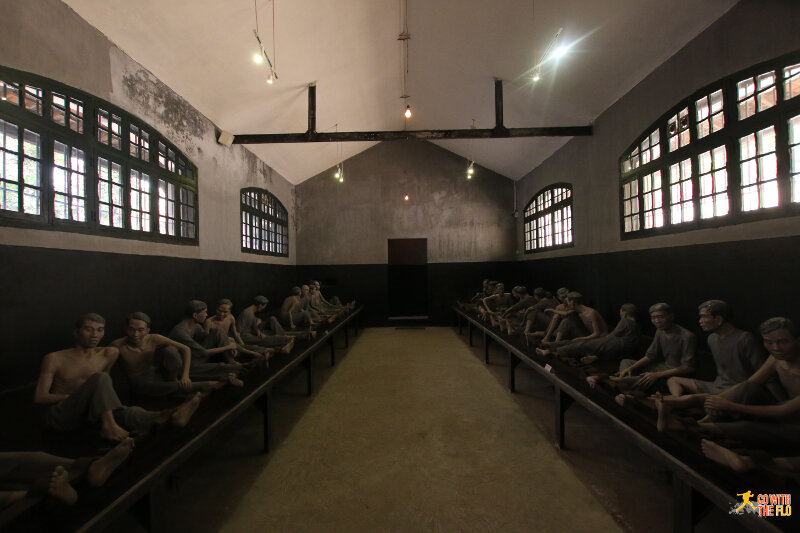 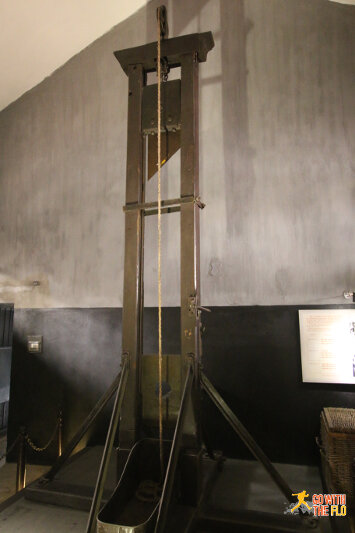 Back to the Old City to see the Bach Ma Temple, one of the oldest in town. 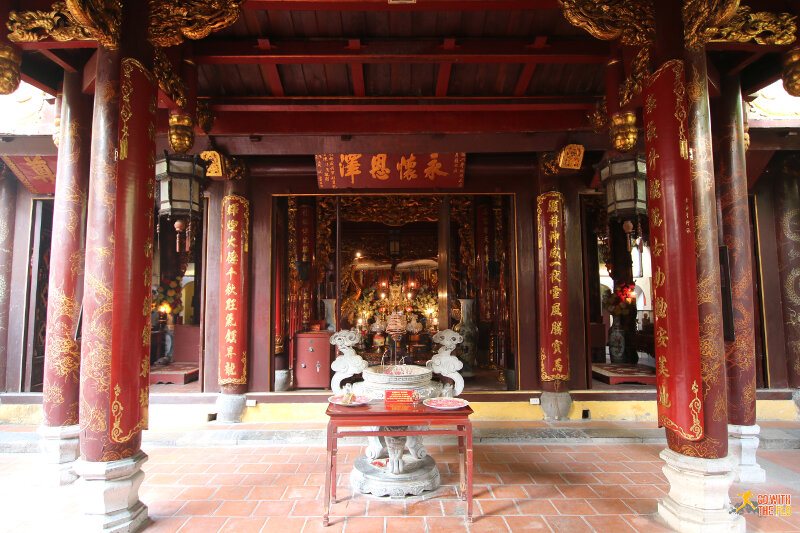 And around the corner is the Hanoi Ancient House, a well restored century old home. Not a whole lot to see but worth the 10’000 VND or so entrance fee. 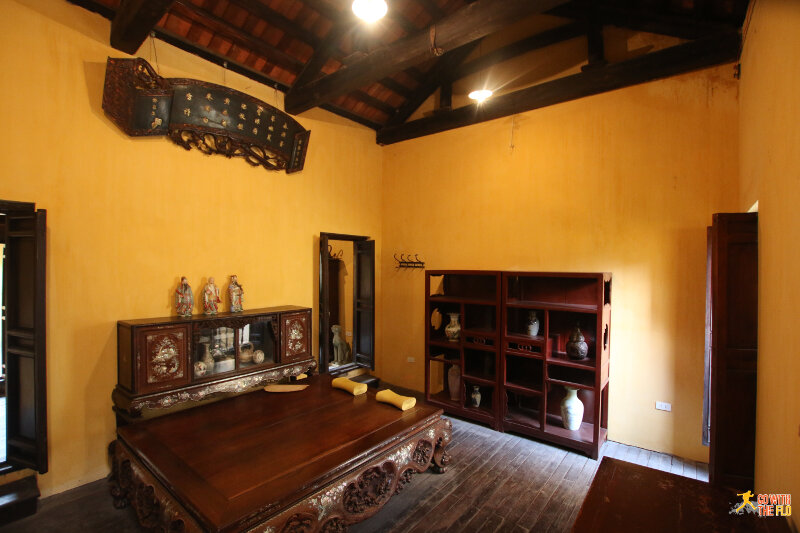 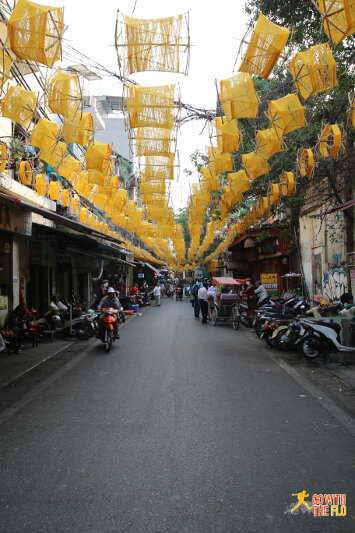 Street in the old town

That concluded the sightseeing for me for the day. I didn’t bring my laptop and needed to do some work on the computer. Unfortunately finding an internet cafe is nearly impossible nowadays. Finally I found one through Google Maps. Getting there took me 45mins by taxi. It turned out to be a cafe focused on computer games but at least the connection was fast. Next time I’ll bring my laptop.

By the time I was back near my hostel, it had gotten a bit chilly so I warmed myself up with a noddle soup. 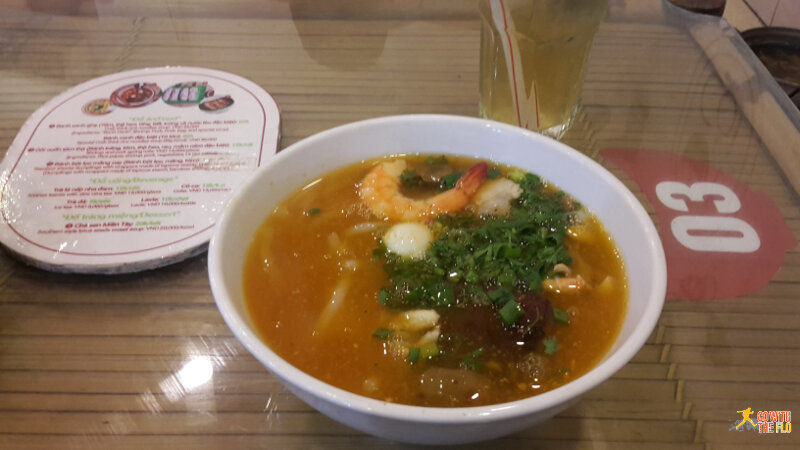 The next day I first headed out to the Ho Chi Minh Museum.

Parts of it are well done and I learned quite a bit about Ho Chi Minh’s younger days in Europe and Asia. Other sections were less interesting to me as they either featured dozens of photos of Vietnamese and French politicians shaking hands to show how good friends they are or some very extravagant art pieces.

The grounds are huge and include the mausoleum as well as some gardens. I was wearing shorts so couldn’t enter the mausoleum but knew that in advance and didn’t fancy queuing anyways. 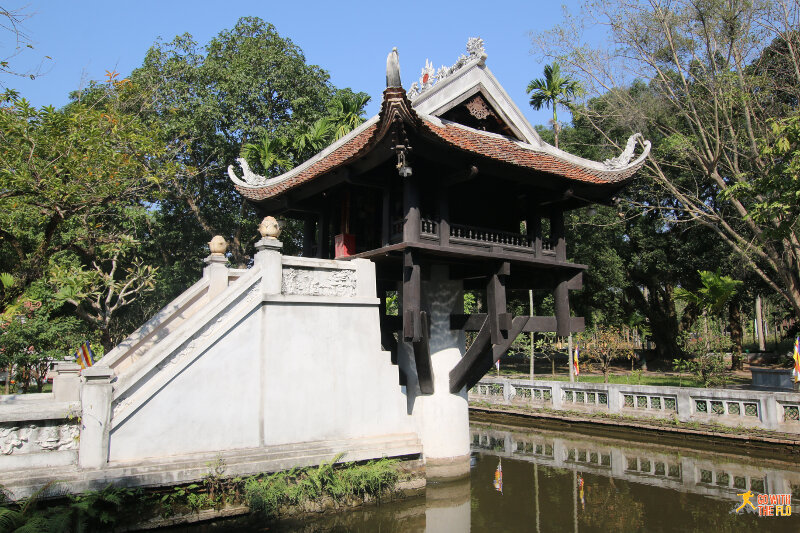 Temple next to the museum

I could however walk past the mausoleum: 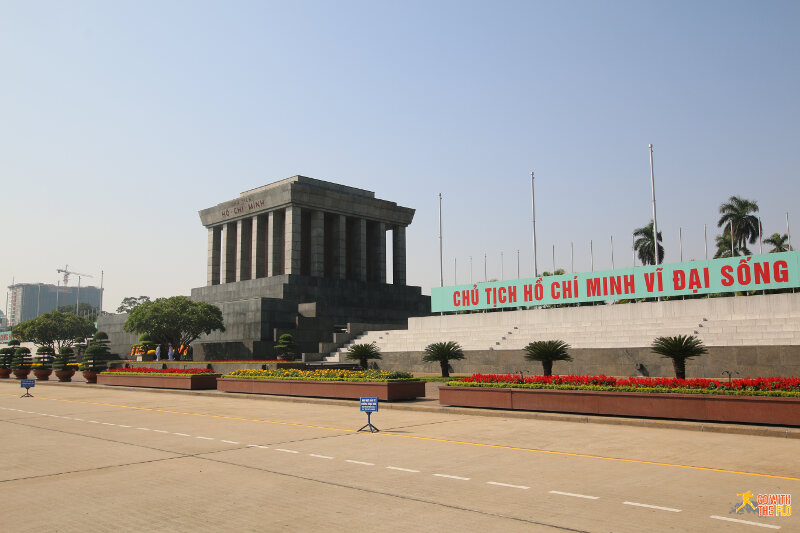 Right next to the mausoleum is the former French governor of Indochina’s residence which was later converted to a presidential palace. 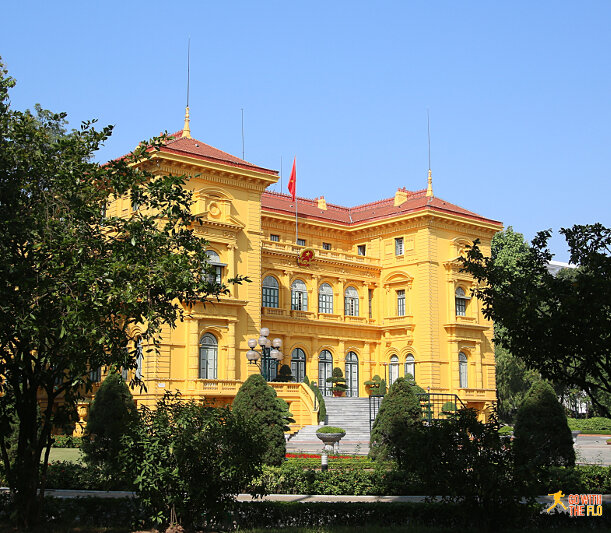 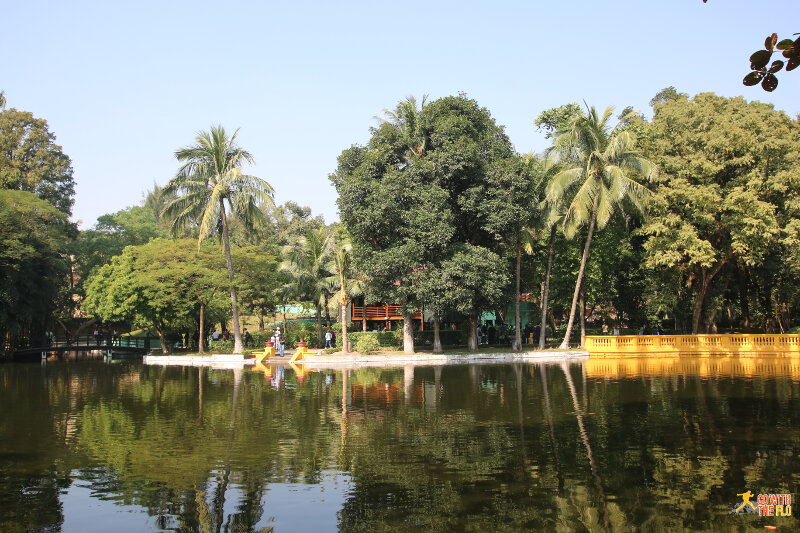 Pond next to the presidential palace

A short walk from the palace is a large Lenin statue, another trace of the country’s socialist attitude. 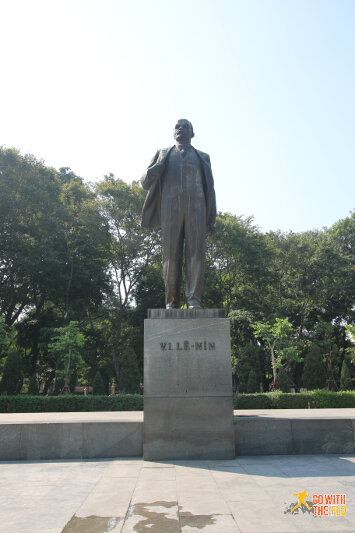 Across the street is the flag tower of Hanoi: 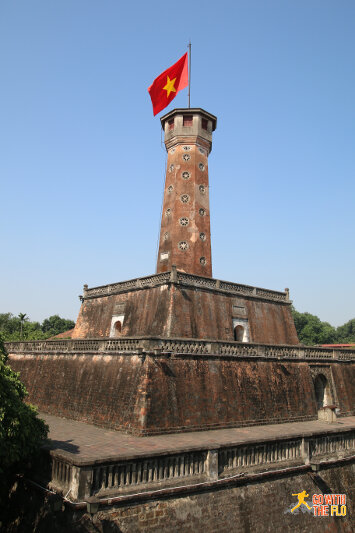 As well as the Vietnam Military History Museum in which I was very interested in. Unfortunately they closed for a 90mins lunch break (which museum does that?) 20mins after I got there, so I didn’t really make it to the more recent exhibitions unfortunately. 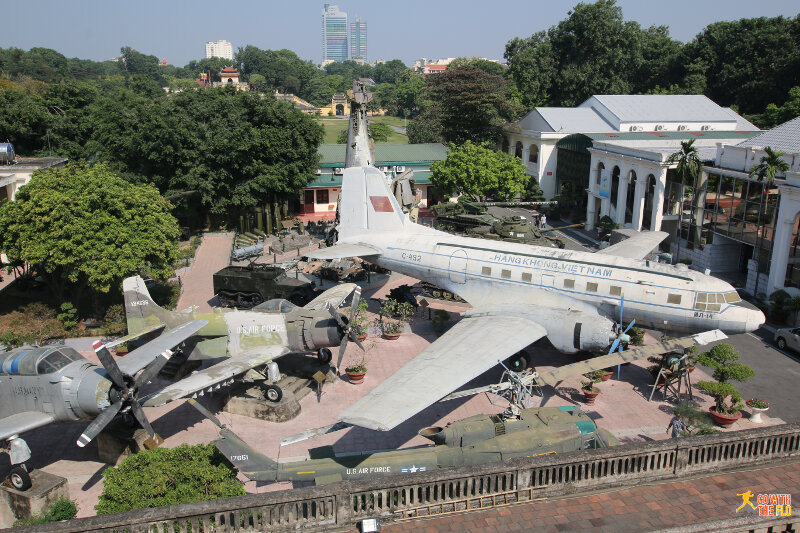 Outside area of the Vietnam Military History Museum

I had lunch near the train station and opted for a street vendor with a long queue selling Banh Mi. I wasn’t disappointed. The 10’000 VND (0.60 SGD) got me a very tasty sandwhich. 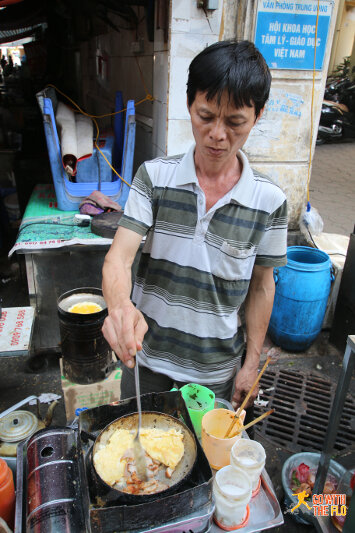 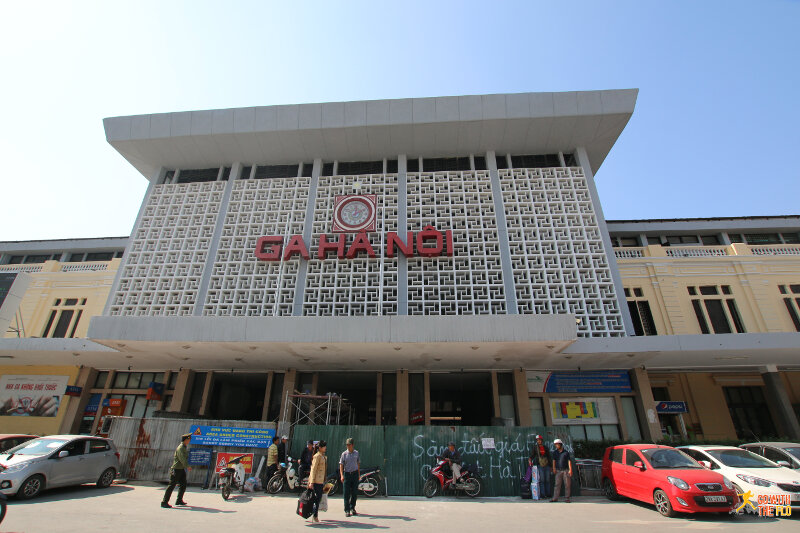 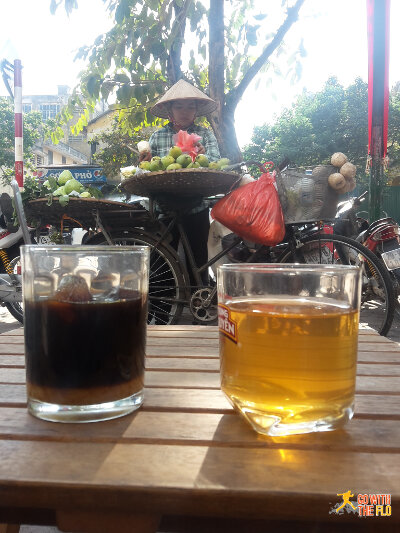 And a coffee break next door

I hadn’t seen any markets yet, so took a motorbike to Dong Xuan Market in the Old Town. Wow! I’ve never seen so many clothes in one place before: 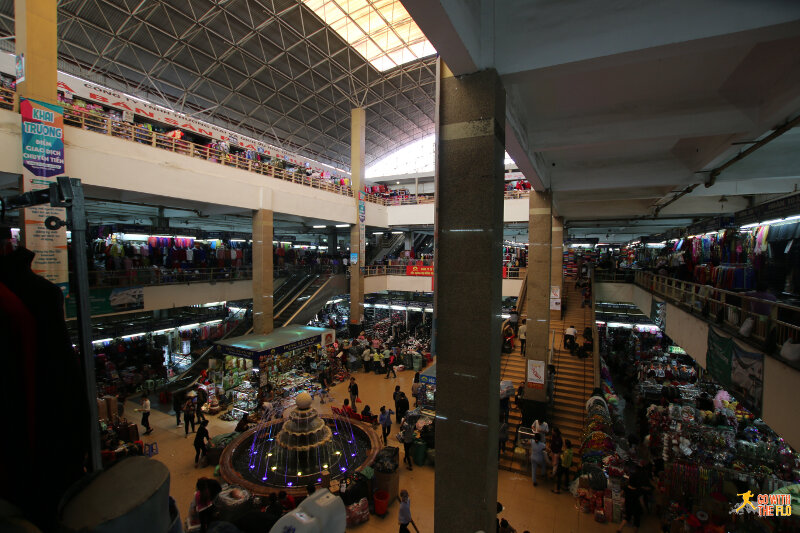 Some delivery vehicles were struggling inside Hanoi’s narrow streets. 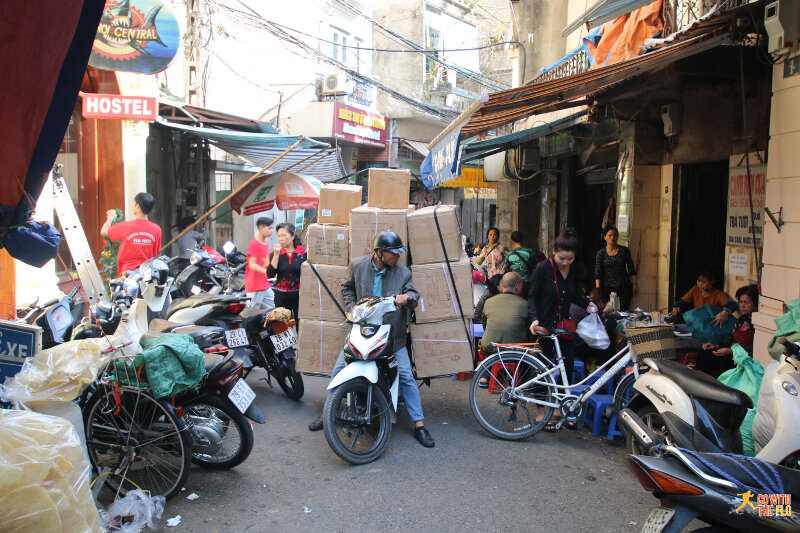 It started to get dark by the time I was through the market. I stopped for a beer at the popular Beer Street and then returned to the hostel. I had a 1.30am flight to catch hence had plenty of time. So I gave the airport express bus (# 86) a shot. It leaves every 20-30mins from the train station and then has a few more stops along town. It got me to the airport within about 40mins and cost 40’000 VND. The airport is very modern and I spent the last few hours there, waiting for my flight to Manila.